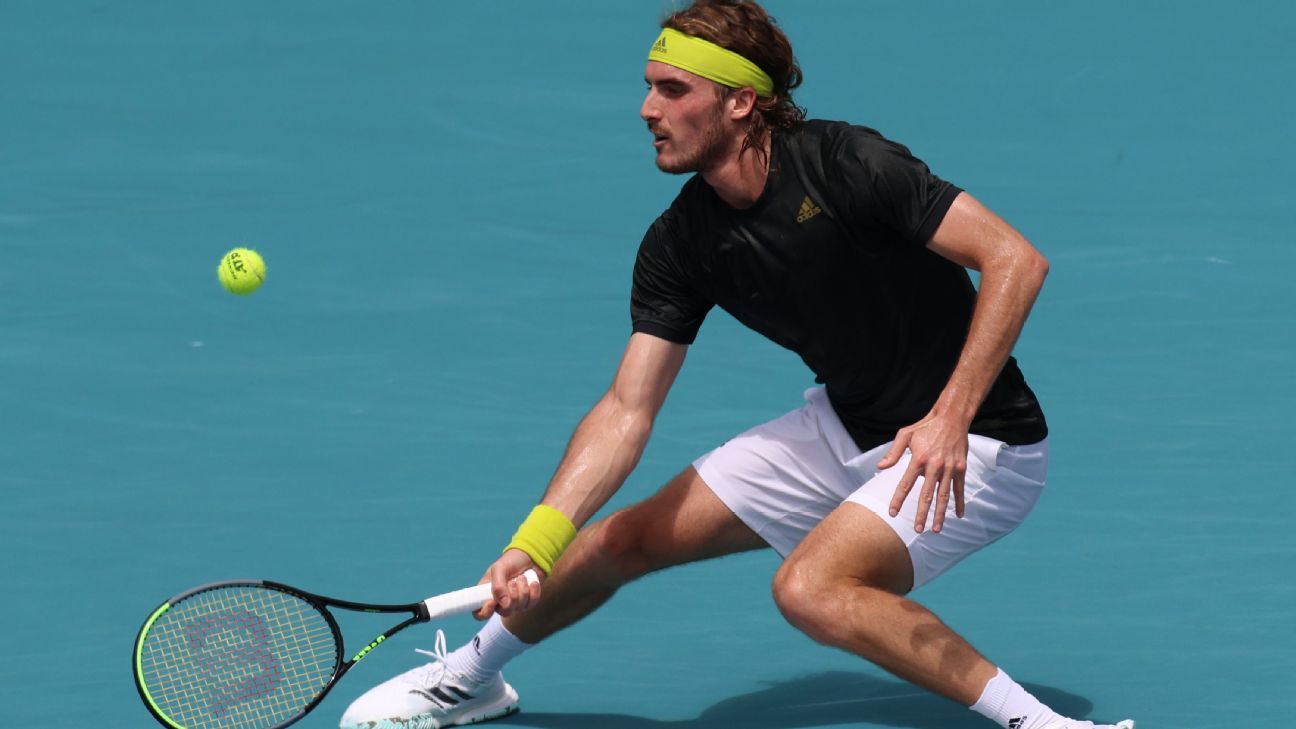 MIAMI — No. 2-seeded Stefanos Tsitsipas advanced to the fourth round at the Miami Open by beating Damir Dzumhur 6-1, 6-4 Saturday.

Tsitsipas, ranked a career-high No. 5, improved to 15-4 this year. He hopes to take advantage of a draw without Novak Djokovic, Rafael Nadal and Roger Federer.

Dzumhur, ranked 126th, made the field only because another player withdrew. He came into the match with a 3-1 record against Tsitsipas but never had a break point.

In other men’s play, No. 12 Milos Raonic and No. 24 Lorenzo Sonego advanced.