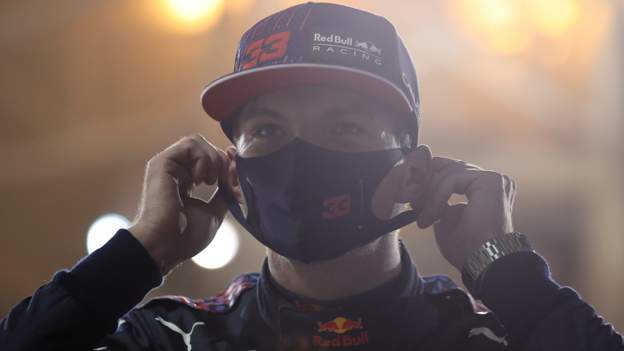 It has been eight years since Red Bull started a Formula 1 season with unquestionably the fastest car and as the team to beat – but that is exactly the situation after the first qualifying session of 2021.

Max Verstappen and his car have looked imposing from the very first laps of pre-season testing two weeks ago, and on Saturday he beat Lewis Hamilton’s Mercedes to pole position in Bahrain by nearly 0.4 seconds.

“We knew from the first day on track the Red Bull was faster than us and we had a bit of an uphill slope to climb,” Hamilton said. “So, just proud of everyone’s efforts.”

Verstappen said: “It just shows the guys after the end of last year just kept pushing really hard and [with] the adjustments made to the car they have done a really good job.

“We knew what our weaknesses were last year and it seems we addressed them so far at the beginning of the year. Great start for us but no guarantees for the future.”

Why are Red Bull on top?

How has this come about, this remarkable turnaround in fortunes after a 2020 season dominated by Mercedes, and with changes to the cars restricted over the winter to save costs in the pandemic?

There are a number of factors. Part of it is that Red Bull have done a good job developing the car that, lest we forget, won the final race of 2020 in Abu Dhabi from pole position, even if that weekend Hamilton was under the weather having rushed his return from contracting Covid-19.

And part of it is that Honda have spared no effort in attempting to make what will be its final season in F1 a good one.

The Japanese company has brought forward the engine design it intended to use for 2022, and introduced a power unit that is lower, more compact and more powerful. The evidence of the weekend is that it is now the best engine in F1.

Mercedes were slower than Red Bull in all the speed traps except one, as well as on the straights before Turn 11 and the last corner. And the Honda-powered Alpha Tauri was equally impressive – Pierre Gasly qualified it an excellent fifth, and he and impressive rookie team-mate Yuki Tsunoda were quickest in all but one of the speed traps.

Mercedes were also struggling to harvest sufficient electrical energy to deploy through the hybrid system on each lap, giving them what are known as ‘de-rates’, when the electrical energy drops away towards the end of the straights, costing power.

“Honda has done a great job in delivering a power unit that is extremely competitive,” Mercedes F1 boss Toto Wolff said, “and we just have to take it as sportsmen. There is just no other solution than to recover.”

And part of it is that the Mercedes car is, as Wolff put it, “not in a happy place” at the moment.

The drivers are struggling with balance, particularly with instability at the rear. This was most clearly demonstrated by the fact that their single biggest time loss over the lap was the 0.2secs Hamilton lost to Verstappen through Turn 10, where drivers have to brake and turn at the same time on the entry, and any lack of confidence in the rear, or inability for it to stick, really hits home.

There is a theory in F1 that the rule changes over the winter have hit Mercedes harder than Red Bull, and it seems to be borne out by the results.

The two cars using Mercedes’ ‘low-rake’ aerodynamic philosophy – the world champions and Aston Martin – have lost the most performance compared to last year. While the rest, who use a variation of Red Bull’s ‘high-rake’ philosophy, have suffered less.

Many believe that the rules that have cut away a portion of the rear floor, a crucial area in generating rear downforce, have hit the low-rake cars – the ones with a shallower angle from low front to higher rear – hardest.

Aston Martin team principal Otmar Szafnauer said it looked to him, comparing the results of qualifying in Bahrain in November last year to this weekend, as if the high-rake cars had gained as much as a second a lap on the low-rake ones as a direct result of this.

And Hamilton even went as far as to say the rule changes, which were brought in to slow the cars down to lessen the strain on tyres, had been deliberately targeted to hinder Mercedes.

“It’s no secret that of course the changes have been done to peg us back,” he said. “We had changes to our engine [last year] to do the same thing. But that’s OK. We love a challenge. We don’t look down on these things; we just work hard to do the best we can.”

Wolff said: “I am not sure the solution or answer is so simple. Definitely there is a pattern – low-rake cars seem to have lost more than the high-rake cars – but that’s the situation.

“If we were to say we were just penalised by the regs, we wouldn’t be racers and fighters. We just need to get that car in the sweet spot so it can combat the competitors.”

Can Hamilton make a race of it?

It is important not to get carried away here, of course. This is just one qualifying session at a very particular race track, one at which Mercedes have often had less of an advantage than at other tracks in recent years.

Sebastian Vettel’s Ferrari beat them in Bahrain in 2017 and 2018, Charles Leclerc would have done in 2019 if his engine had not gone sour in the closing laps, and Verstappen himself was not that far behind last year.

On top of that, the Mercedes so far in 2021 – and before that – has looked more comfortable on the harder tyres than the softer ones. This impression was underlined by the long runs in Friday practice, when the teams simulate race performance with full tanks. Then, on average lap time, there was just 0.04secs between Verstappen and Hamilton.

The world champion, though, still believes Verstappen will be the man to beat in the race.

Asked about the apparent closeness of the car’s performance on the race runs, Hamilton said: “Our balance wasn’t that spectacular. It wasn’t the worst run but if you did all the workings out it looked like there was a a couple of 10ths between us. But we’ll see. It definitely didn’t look terrible and it was a lot better than it what I thought it was going to be in testing.”

Conditions will change for the race. The wind is due to be stronger, which is not good news for Mercedes, with an inherently unstable car.

But the overall impression is that it finally looks as if F1 might be poised for the no-holds-barred fight between Hamilton and Verstappen that people have wanted for so long.

“We can still fight from second place,” Hamilton said. “I’m going to give it everything to try to push them. I think they have a bit of an edge on the long run. It’s tough with the wind but I hope we have a chance.”