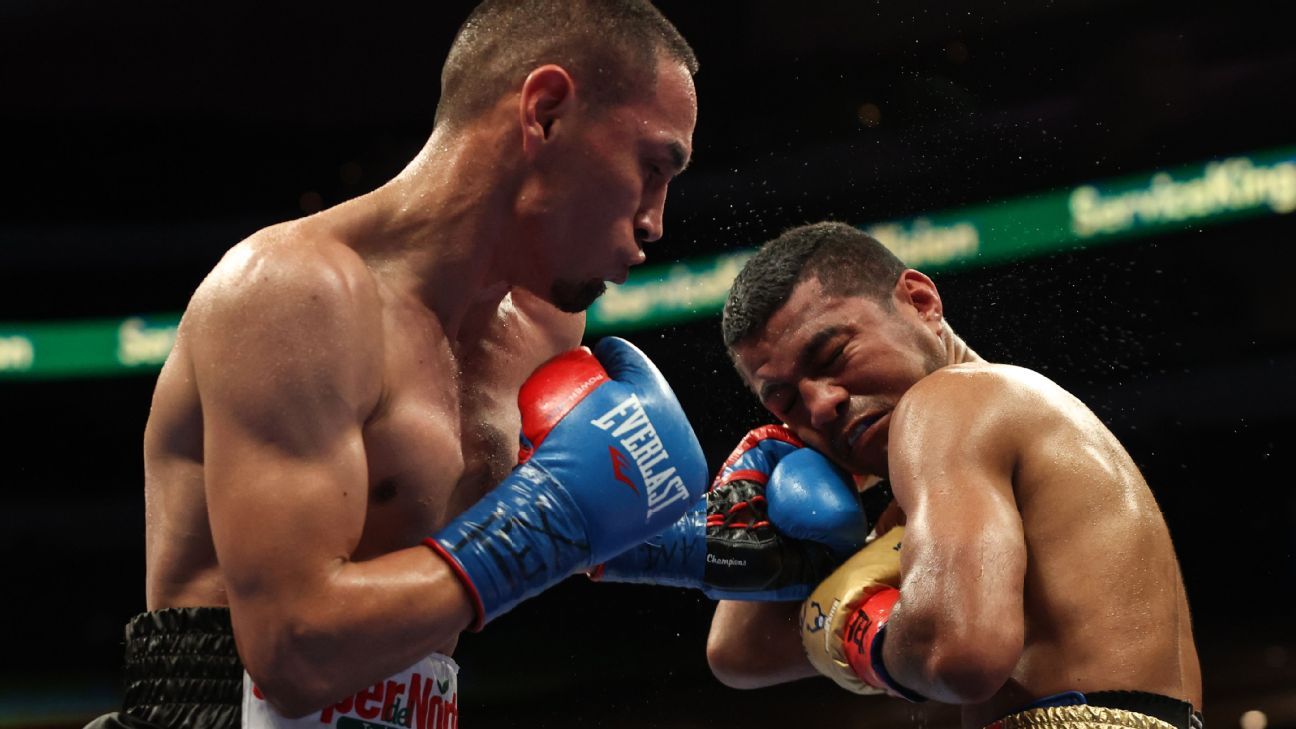 The WBC announced a four-fighter 115-pound tournament on Friday to crown a true junior bantamweight champ. The sanctioning body said there will be a trilogy fight between junior bantamweight champion Juan Francisco Estrada and Roman “Chocolatito” Gonzalez and also a bout between former champions Srisaket Sor Rungvisai and Carlos Cuadras. The winners will face each other after.

For this to happen, the WBC elevated Estrada as its “franchise” champion and chose to make Rungvisai vs. Cuadras 2 for the now vacant regular 115-pound title. Estrada is the third WBC “franchise” champion (Canelo Alvarez at middleweight and Teofimo Lopez at lightweight are the others).

The request for a third battle between Estrada and Gonzalez came naturally after both were involved in a great rematch on March 13 that Estrada won in a close and controversial decision to unify the WBC and WBA world titles.

Estrada was supposed to face his mandatory challenger, Sor Rungvisai, who defeated Ekkawit Songnui by third-round TKO, also on March 13. However, the fight that generated the most interest was Estrada-Gonzalez 3 and therefore Matchroom Boxing, who promoted the rematch, began to work with the WBC to finalize the tournament.

Estrada and Gonzalez are 1-1 in their series. Rungvisai and Cuadras will meet a second time after Cuadras took the WBC junior bantamweight title from Sor Rungvisai in a technical decision victory seven years ago in 2014.

Matchroom has not announced yet when the third battle could take place and if the two title fights would be in the same card.