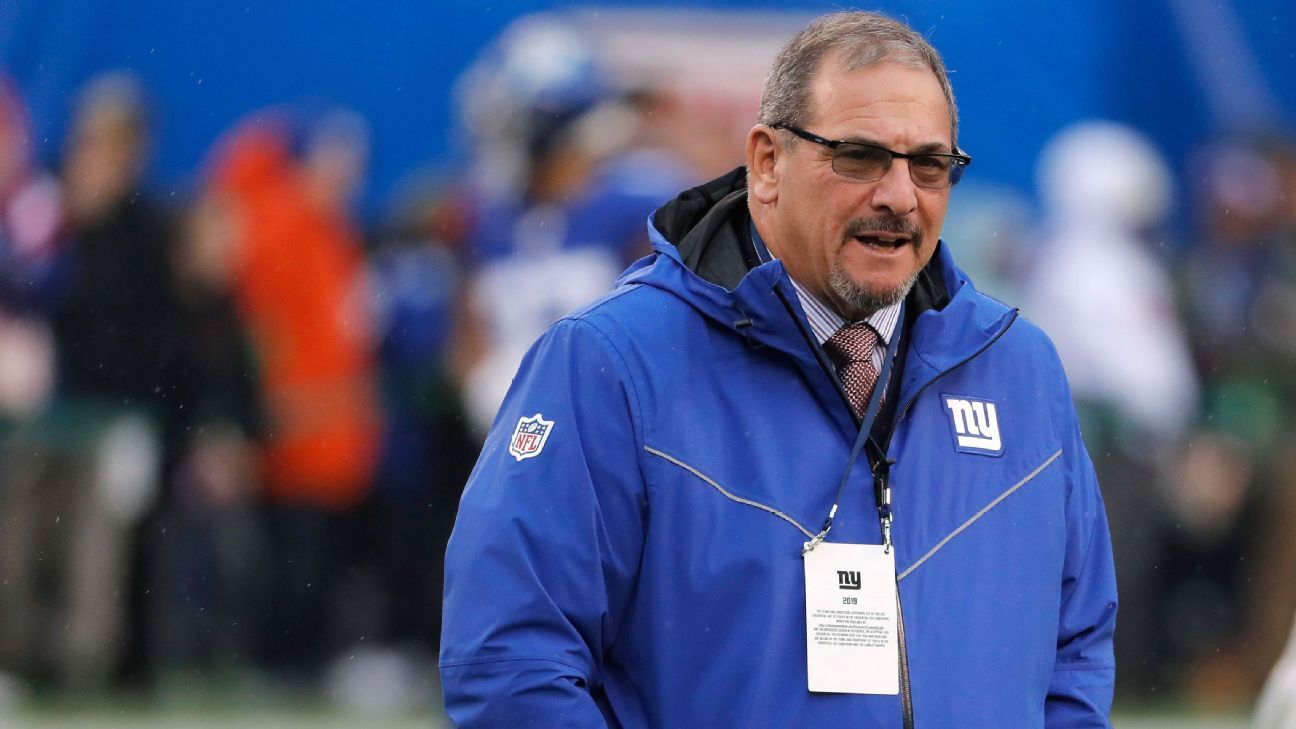 EAST RUTHERFORD, N.J. — If New York Giants general manager Dave Gettleman needed a reminder of his past indiscretions, Friday’s action around the NFL should have done the trick.

Let’s begin with this disclaimer (one that I’ve repeated countless times over the past three years): This has almost nothing to do with running back Saquon Barkley, a fabulous performer who plays a grueling position that has already taken its toll on his pro career. He just so happens to be the face behind a string of mistakes that have led us to this point, where the Giants have 15 wins and zero winning seasons over the past three years.

It’s relevant right now because the Miami Dolphins showed everyone Friday what a top-five pick can be worth in what is perceived as a strong NFL draft for quarterbacks. The Dolphins traded the No. 3 overall pick to the San Francisco 49ers for the No. 12 selection this year, a first- and third-round pick in 2022 and a first-round pick in 2023. That’s quite the haul, one that gives Miami flexibility to make all kinds of corresponding moves. For instance, this one: The Dolphins then traded back up to No. 6 overall using some of the assets they had just obtained.

Now the Dolphins can get their playmaker (or whichever non-quarterback they are targeting) this year after having collected more valuable draft resources. Good chance they get their target playmaker considering it would be an upset if three of the first five picks are not quarterbacks.

A move like this would have made a ton of sense if the Giants had gone this route during the 2018 NFL draft — when they held the No. 2 overall pick — assuming they weren’t going to take a quarterback. Which they weren’t, because of their love for Barkley and their emotional attachment to former QB Eli Manning. They could have traded down for offensive lineman Quenton Nelson — which the Indianapolis Colts did when they swapped pick No. 3 for No. 6 with the New York Jets — or perhaps to another spot inside the top five where they might have still had a chance to land Barkley. The Jets were undoubtedly taking a quarterback; they eventually drafted Sam Darnold.

So many viable options for the Giants. None taken.

The decision to not take a quarterback was debatable on its own, especially considering the organization decided to roll it back another season with a 37-year-old Manning. The Giants put off their franchise quarterback decision for another year before settling on Daniel Jones, selecting him with the No. 6 overall pick in 2019.

But in 2018, Gettleman was in love with Barkley and haughtily admitted afterward in a team website report that “once Cleveland took [QB] Baker [Mayfield at No. 1 overall], I told our guys don’t even waste your time [picking up the phone]. We’re taking Saquon.”

What you need to know about the New York Giants:

Reminder: Quarterbacks Josh Rosen, Josh Allen, Lamar Jackson and Darnold were on the board. All were highly regarded at the time. Darnold, Rosen and Allen were selected in the top 10 along with Mayfield, and Jackson joined them in the first round. It’s revisionist history at this point, but in their first three years in the NFL, Allen was an MVP candidate for the Buffalo Bills this past season and the Baltimore Ravens‘ Jackson already has one of those trophies on his mantel.

Those decisions in that 2018 draft are major factors in why the Giants are where they are, spending big in NFL free agency this offseason to try to get back to respectability. The Giants have gone 5-11, 4-12 and 6-10 since that draft.

The misappropriation of assets in the 2018 draft hasn’t been their only misstep, it’s just the highest-profile gaffe. Even the Giants realize it and have readily admitted to some of the mistakes — draft and free agency included.

It hurts to be reminded of past mistakes, but it is also important to learn from them. This way history doesn’t repeat itself.

In Gettleman’s defense (and perhaps with a major assist from coach Joe Judge), the Giants do seem headed in the right direction. The signings this offseason of wide receiver Kenny Golladay, cornerback Adoree’ Jackson and defensive lineman Leonard Williams assure that their talent level continues to get better. This is by far the best roster the Giants will put on the field since Gettleman took over three years ago.

If Jones makes the jump this season (which is a huge “if”), and Barkley returns to his rookie form after tearing his ACL this past season, Gettleman will have the last laugh about the 2018 draft, and seeing the type of moves being made by the Dolphins won’t elicit any bad memories about mistakes of the past.

In the meantime, it’s hard not to think about the possibilities when other NFL teams are stockpiling gobs of first-round selections from quarterback-desperate teams in exchange for top picks while the Giants, not so long ago, drafted a running back at No. 2 overall.