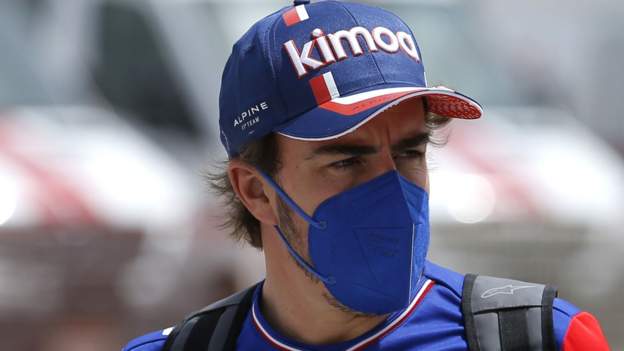 Fernando Alonso says there was a misunderstanding in an interview in which he appeared to say he believed he was the best driver on the grid.

The Alpine driver says he misheard a question as to whether he was better than the other drivers in Formula 1.

“I never meant to say I was better than Lewis (Hamilton) or Max (Verstappen) or anyone,” Alonso said.

“Probably I misunderstood the question. I thought it was: ‘Are you as good as in 2018 when you left the sport?'”

The issue hangs on Alonso’s hearing of one letter in the interview with BBC Sport’s Ben Croucher.

The interview caused a stir because it had appeared to be such a strong statement of Alonso’s belief that he was the strongest driver.

Alonso responded to a question about what it was like to be back racing in F1 after two years away by saying it was going to be “a great challenge” to take on the wide range of drivers on the grid, mentioning Hamilton, Verstappen, Sebastian Vettel and Kimi Raikkonen by name.

The follow-up question was: “Do you think you’re still as good as them?”

But he said at the season-opening Bahrain Grand Prix that he heard the question as “Do you think you’re still as good as then?”

He said: “It was not to compare to Lewis or Max or anyone – first of all it’s difficult to compare, and they have been dominating the sport for the last few years.”

Alonso qualified ninth in his Alpine for the race at Sakhir, with team-mate Esteban Ocon down in 16th.

Alonso, world champion in 2005 and 2006, said he had revelled in the experience of driving in F1 again.

“It was great,” he said. “I really enjoyed. These cars on low fuel and new tyres they are very extreme in terms of performance you have to really trust the car and believe you can go that fast. It was a really nice feeling.”

Ocon was knocked out in the first qualifying session after being hampered when he came across yellow warning flags on his final run.

The Frenchman had been 0.57 seconds slower than Alonso on their first runs, saying he had locked up a wheel and run wide at one of the corners.

He said the yellow flag incident had cost him 0.5secs on his second run, which would have been enough to progress into the second session.