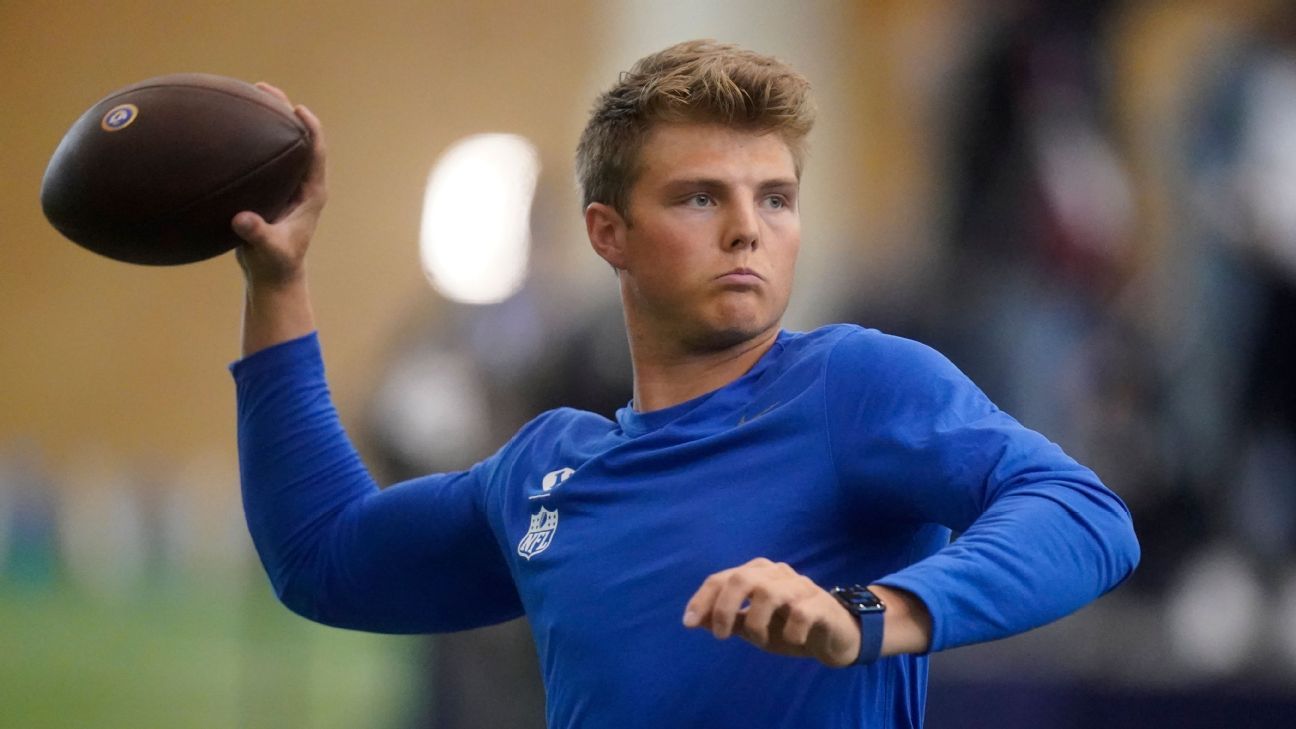 FLORHAM PARK, N.J. — The New York Jets didn’t make a single roster move Friday, but doing nothing said everything about their quarterback plans.

Let’s connect the dots from the day’s two big trades.

The San Francisco 49ers, in search of Jimmy Garoppolo‘s successor, made a bold move, trading up nine spots in the 2021 NFL draft to acquire the third pick from the Miami Dolphins. The 49ers had no trade talks with the Jets (No. 2), sources told ESPN’s Adam Schefter, but that doesn’t mean they acted without a sense of the Jets’ stance.

You have to be naïve to think 49ers general manager John Lynch didn’t reach out to inquire about the No. 2 pick. If you’re willing to trade two future first-round picks for the third quarterback off the board, as he did with Miami, you’re certainly going to investigate the possibility of getting the second quarterback. The response from the Jets might have been, “No, thanks. We’re happy at No. 2.”

The Philadelphia Eagles, too, were interested in the No. 3 pick, but only to get Wilson, the NFL Network reported. Probably realizing Wilson won’t make it to the third pick, the Eagles (No. 6) decided to bail out of quarterback territory, a tacit vote of confidence for second-year quarterback Jalen Hurts. They dropped to No. 12, swapping places with the Dolphins, who completed the day’s draft gymnastics with a down-up move.

Think about the teams involved here. The 49ers and Eagles have close ties to the Jets because of coach Robert Saleh (former 49ers defensive coordinator) and general manager Joe Douglas (former Eagles executive). They talk. In fact, Saleh and Lynch were seen chatting Friday at Wilson’s pro day, where he impressed scouts with his arm talent. This was after news of the bombshell trade had broken, but you get the point. The relationship is strong and they share stuff.

What remains to be seen is whether a Wilson-hungry team, perhaps the Atlanta Falcons (No. 4), Carolina Panthers (No. 8) or Denver Broncos (No. 9), will offer the Jets a big package for the No. 2 pick. The advantage to dropping to eighth or ninth, as opposed to 12th, is they still would be in position to land an elite offensive player. The Jets could pick Florida tight end Kyle Pitts, one of the top three wide receivers or perhaps even Oregon offensive tackle Penei Sewell. They also would score more draft capital, perhaps even a 2022 first-rounder.

That’s a lot to pass up. Douglas could ride with Darnold for at least another year and plug multiple holes on the roster by trading down — definitely worthwhile — but the sense I get is he will be content to stay at No. 2 in order to draft Wilson. It also keeps the Jets in position for a potential run at Houston Texans quarterback Deshaun Watson, although the possibility of a trade is complicated by the 16 lawsuits filed against Watson alleging sexual assault and inappropriate conduct.

What becomes of Darnold? The 49ers, thought to be a possible destination, are out of the Darnold market. Their plan reportedly is to roll with Garoppolo and a rookie quarterback for 2021.

Quite frankly, the Darnold market is shrinking, as the Washington Football Team and Chicago Bears also have addressed their short-term quarterback needs. The Panthers and Broncos remain possibilities, and perhaps the Seattle Seahawks if they move on from Russell Wilson.

The Jets might have overplayed their hand, waiting too long to make a decision. We’ll know by April 29, draft night, how it shakes out.