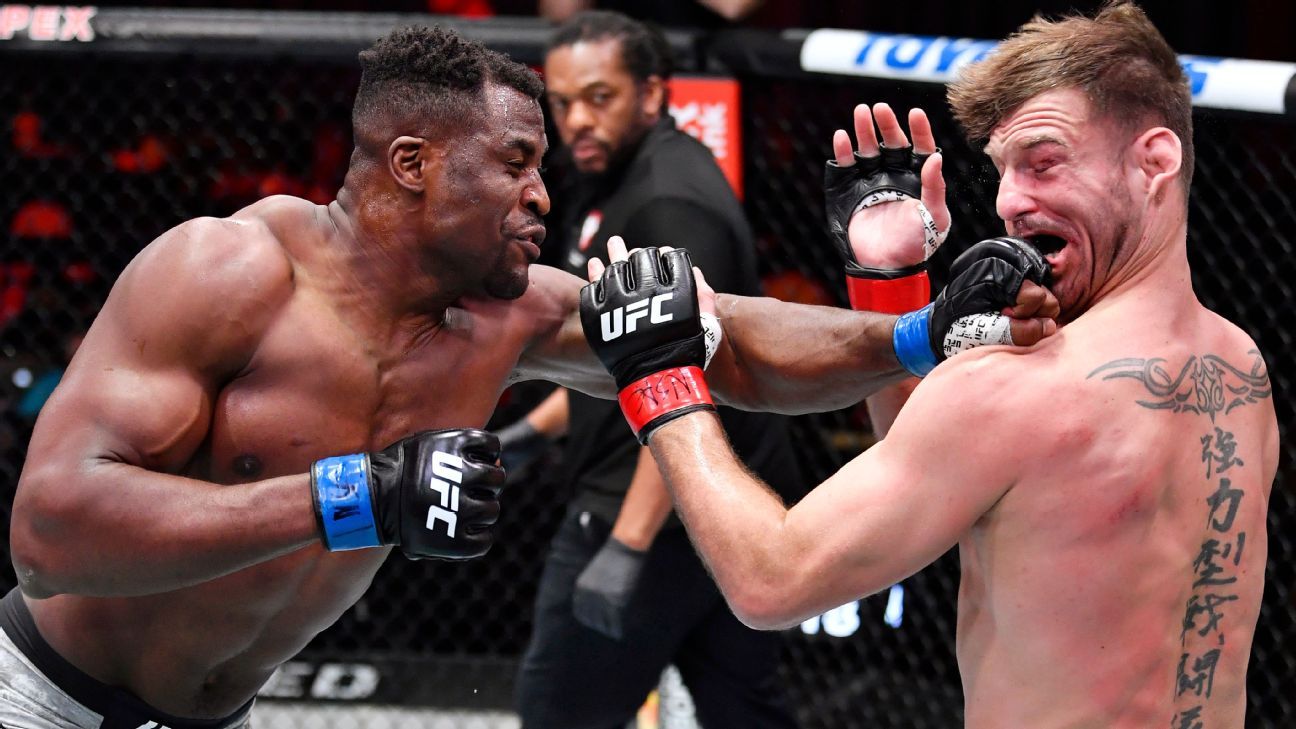 Francis Ngannou scored the biggest victory of his career with a KO victory over Stipe Miocic in the main event of UFC 260 on Saturday in Las Vegas to win the heavyweight title.

Ngannou now turns his attention to a superfight against Jon Jones, who is moving up to the heavyweight division and looking for bigger challenges.

Congrats to @francis_ngannou the NEW Heavyweight Champion of the World pic.twitter.com/PA4EnY9ZP0

Wow that was dominant.
What an incredible #goat run @stipemiocic had.
Nothing but respect for that guy.
A huge congrats to my brother @francis_ngannou.
The era of the Predator begins. #WarriorMana #UFC260

Congratulations to the new heavyweight king of the world @francis_ngannou. Make no mistake about it Francis winning the title changes everything. He will change the way the UFC heavyweight title is viewed in the sports world. #ngannouera

We’re taking gold back to Africa!!

Francis Ngannou was dangerous when he didn’t know how to fight, now that he’s learning is actually scary. #UFC260

Imagine Jon jones and Francis in Africa, be monumental!!!

Main event worth the price of admission #AndNew #UFC260

Anyone. Anywhere. Anytime. Except Francis I ain’t fighting him

That makes the @JonnyBones fight so much more interesting… Ngannou was calm, calculated, technical…. so exciting!! #UFC260