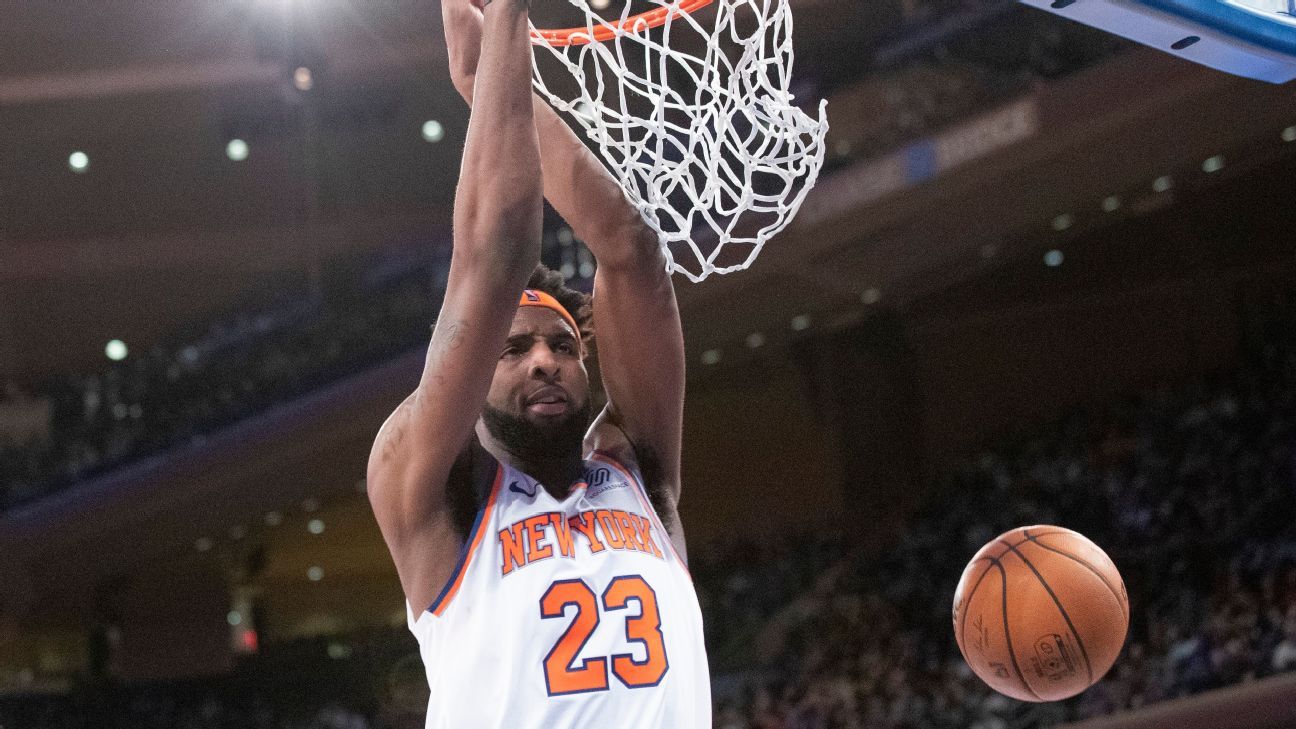 The Knicks said Robinson would be re-evaluated when they return to New York on Sunday.

Robinson, averaging 8.5 points and 8.4 rebounds in 28 minutes per game, started against the Bucks and played six minutes in the first quarter before leaving.

Robinson was in his fourth game back after returning from a broken right hand, which he suffered in mid-February. He missed 15 games.