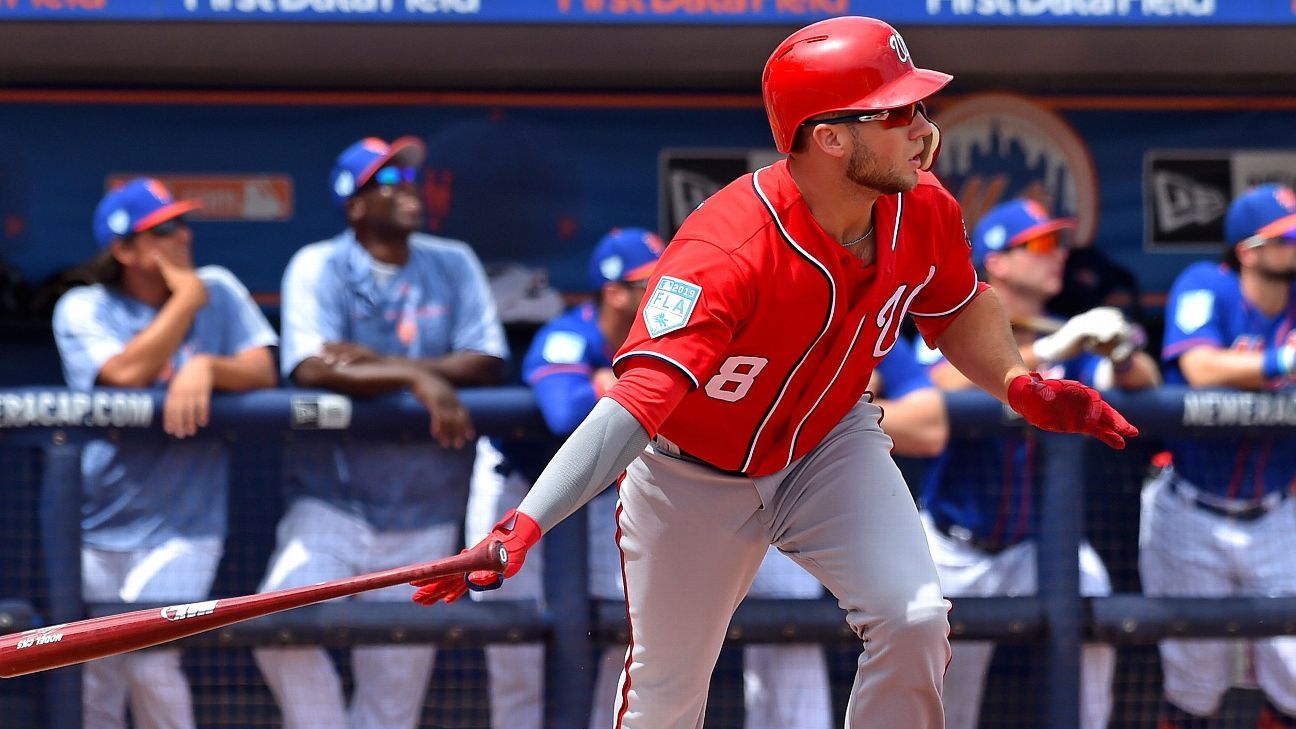 Carter Kieboom, a first-round draft pick and the expected starting third baseman for the Washington Nationals, was sent to the minor leagues on Saturday.

Drafted in 2016, Kieboom has struggled at the plate in limited opportunities in the majors, batting .181 in 44 games over two seasons with Washington. Kieboom and Starlin Castro had been getting time at third in preseason camp.

The Nationals also released Yasmany Tomas and T.J. McFarland from their minor league contracts, and first baseman Jake Noll was designated for assignment to clear space on the 40-man roster.