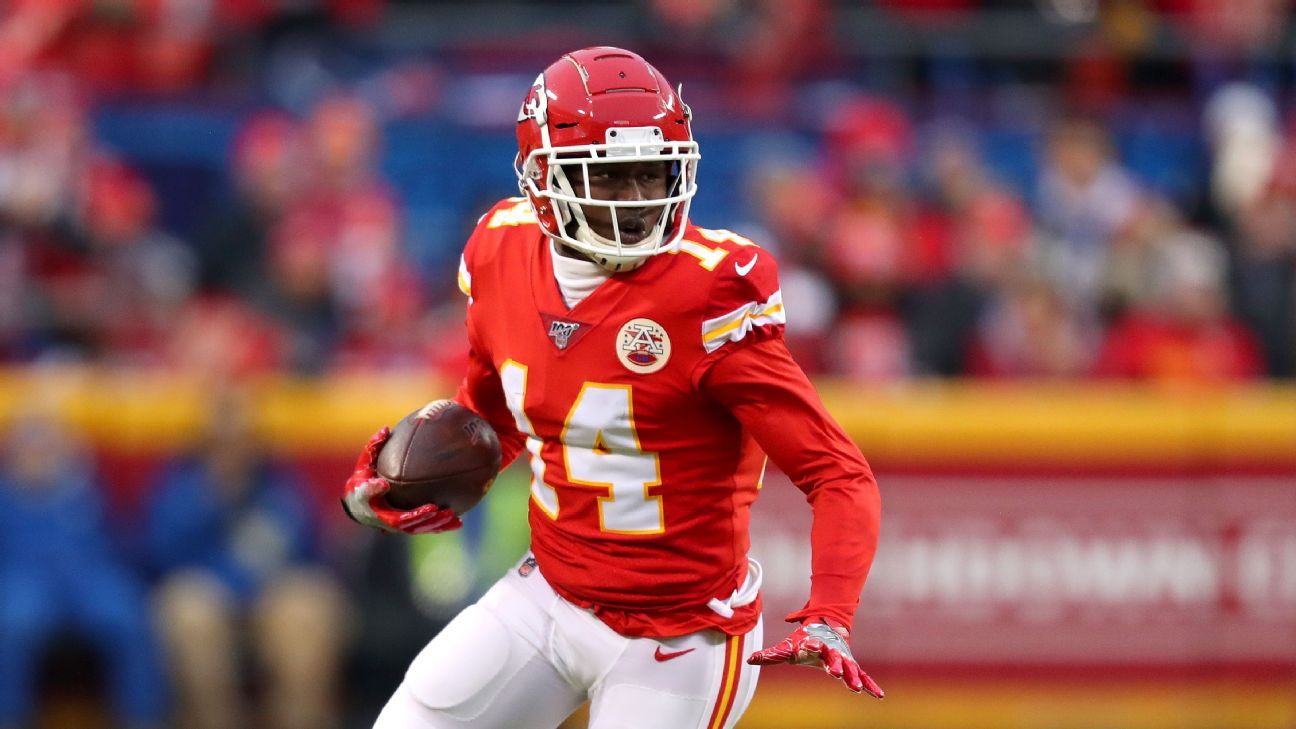 If he can stay healthy, Watkins can team with Marquise “Hollywood” Brown as Baltimore’s starting wide receivers and complement him as a valuable underneath target for Jackson.

It has been a trying offseason for the Ravens to land a veteran wide receiver for Jackson, which further raises questions of whether wide receivers want to play in Baltimore’s run-first offense. Desperately needing a wide receiver in a dwindling free-agent pool, the Ravens watched JuJu Smith-Schuster turn down a better offer to return to Pittsburgh last week and then lost out on T.Y. Hilton, who chose to go back to Indianapolis on Wednesday.

Baltimore eventually went with Watkins, who had met with Ravens officials on Tuesday before leaving for a visit with the Colts. When Indianapolis retained Hilton, the Ravens struck a deal with Watkins.

By joining Baltimore, Watkins reunites with Ravens offensive coordinator Greg Roman and passing-game specialist Keith Williams. In Roman’s only full season as the Buffalo Bills‘ offensive coordinator, Watkins produced career highs with 1,047 yards receiving and nine touchdowns in 2015. Before being hired by the Ravens this year, Williams recently served as Watkins’ personal receivers coach in the offseason.

This marks the first time Baltimore has signed a wide receiver this early in free agency since the Ravens added Michael Crabtree in 2018. The most significant free-agent wide receiver signings by the Ravens in the past two years were Seth Roberts and Dez Bryant.

One of the bigger surprises of the Ravens’ offseason was Baltimore not signing a wide receiver immediately when it was among the team’s top needs. The Ravens’ wide receivers have ranked last in each of the past two seasons in catches and receiving yards, and this group ranked among the youngest in the league because their two most experienced targets (Bryant and Willie Snead IV) are free agents. Before bringing in Watkins, the Ravens’ top four wide receivers on their roster — Brown, Miles Boykin, Devin Duvernay and James Proche II — were all drafted in the past two years, and none are over the age of 24.

The signing of Watkins won’t preclude the Ravens from drafting a wide receiver, but it should decrease the necessity to select one in the first round.

Watkins is only the Ravens’ second free agent signed from another team this offseason. Earlier this month, Baltimore signed guard Kevin Zeitler to a three-year, $22.5 million contract.