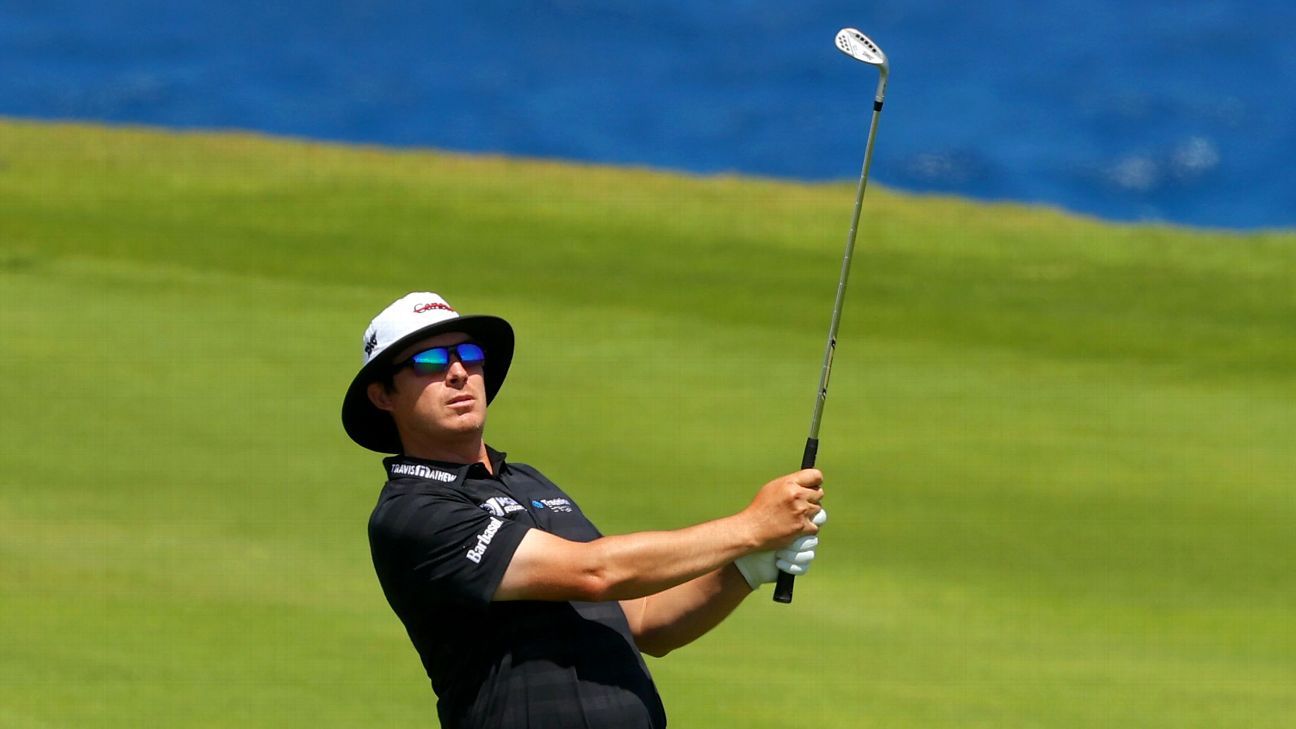 AUSTIN, Texas — Scottie Scheffler never gets too far ahead of himself, a remarkable trait for a 24-year-old in only his second year on the PGA Tour and particularly helpful in an emotionally charged format like the Dell Technologies Match Play.

Still, he was not oblivious to what he faced Saturday against Ryder Cup stalwart Ian Poulter in the fourth round and then Spanish dynamo and world No. 3 Jon Rahm in the quarterfinals.

Scheffler mowed down both of them with some of his best golf, making 15 birdies in 31 holes – a 5-and-4 victory over Poulter and a 3-and-1 win over Rahm – to reach the semifinals.

“I was excited to play these guys today,” Scheffler said. “I’ve watched Ian way too many times on TV just beat the crap out of us in the Ryder Cup. I just have memories of me and my dad sitting on the couch and watching this guy make putt after putt. So it was nice to get one on him, at least for me.”

The victory over Rahm sent Scheffler, a Texas graduate and now the crowd favorite at Austin Country Club, into the semifinals against Matt Kuchar, who beat Jordan Spieth in the morning and Brian Harman in the afternoon.

Billy Horschel made it three Americans in the semifinals for the second time in the last three trips to Austin. He never led against Tommy Fleetwood until the Englishman sent his tee shot out-of-bounds on their first extra hole at the par-5 12th. Horschel will face Victor Perez of France, who beat Sergio Garcia in 15 holes.

Scheffler keeps saying he is trending in the right direction. He has gone 41 holes without making a bogey. And he brought his best golf against two of Europe’s best in this format.

“It doesn’t matter who I’m playing. I’m treating each match the same,” he said. “But I think sometimes you’ve got to bring a little different attitude, and I knew I had to bring my best stuff today, not really giving either of those guys much breathing room. I did my best to do that.”

Kuchar is the only player to win every match this week, and those five victories give him 33 in this tournament, second only to the 36 matches won by Tiger Woods.

He won the Match Play in 2013 and lost in the championship match last time to Kevin Kisner. It’s a big turnaround for the 41-year-old with the graying goatee. He had gone more than a year since his last top 10, fell out of he top 50 for the first time in more than a decade and now feels rejuvenated after a 1-up win over Spieth and a 2-and-1 win over Harman.

“I can’t tell you how good I feel right now,” Kuchar said. “I feel like I’m still floating.”

Scheffler was so strong in the morning that Poulter never won a hole as the Texan made seven birdies in 14 holes. Poulter holed a 40-foot birdie putt on the 11th hole and looked to cut the deficit to 2 down, only for Scheffler to hole a chip from behind the green.

“You could tell by the look in his eye that he wasn’t giving in at all. He was just waiting for a spark,” Scheffler said. “Another great putt on 11 and I kind of stole one again and really just kept the momentum on my side.”

In the quarterfinal match, Rahm fell 3 down when his approach to the par-5 12th found the water. As usual, the Spaniard mounted a charge. Rahm ran off four straight birdies – and he only picked up one hole.

Scheffler matched him on the 13th and made a 10-foot birdie after Rahm chipped in on the 14th.

“That was a big one,” Scheffler said. “I was standing there greenside and that was kind of the moment. It was kind of his do-or-die moment for the round, and I had a feeling he was going to hit a really good shot and it happened to go in. And I knew I had to roll that one in to keep things in check.”

Fleetwood had gone 67 straight holes – starting with the 17th hole Wednesday – in which he never trailed. But after he missed a 12-foot birdie putt for the win on the 18th hole, they headed to the par-5 12th. Fleetwood went out-of-bounds, and the best he could manage was a bogey.

That almost was enough.

Horschel went ultra conservative with Fleetwood out-of-bounds. He laid up short of the water, hit a wedge 30 feet by the hole, left his birdie putt 5 feet short. He had to make that testy putt for the win.

Horschel had never made it to the weekend at Match Play in his four previous appearances. Now he faces Perez, the only player who hasn’t reached the 18th hole in any of his matches, four wins and a loss in group play.

Kuchar was fortunate to make it through the morning. Spieth never trailed and wasted a chance to go 1 up on the par-5 16th hole. Kuchar was in grass so thick right of the fairway that he asked the marshal to let fans under the rope to help him find his ball. Then, he was given relief from a scoreboard in his line of the flag.

He scrambled for par, and Spieth missed a 6-foot birdie putt. Kuchar won on the 18th hole in what amounted to a chipping contest. Spieth went 30 feet long, Kuchar was 6 feet short, and Kuchar won with a birdie.