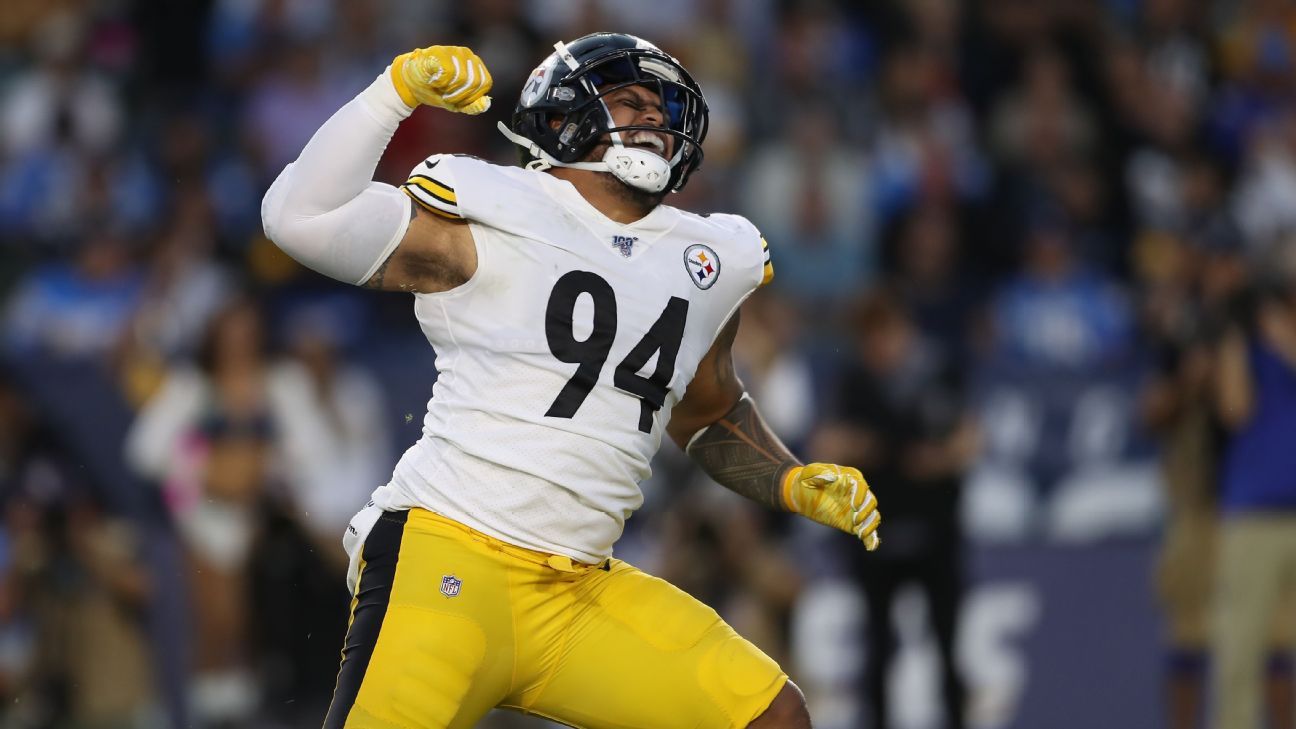 PITTSBURGH — After initially agreeing to terms with Jacksonville in free agency, defensive tackle Tyson Alualu is re-signing with the Pittsburgh Steelers, a source confirmed to ESPN.

A week and a half ago, Alualu, 33, agreed to a two-year, $6 million deal with the Jaguars, the organization that drafted him in the first round of the 2010 draft. But, Alualu changed his mind during a delay in his trip to Jacksonville to sign the contract, a source confirmed to ESPN. Alualu tested positive for COVID-19, sidelining him for 10 days, and he changed his mind about leaving Pittsburgh, according to a league source.

Alualu’s teammates greeted news of his return with enthusiasm on Twitter on Saturday night.

Alualu has been with the Steelers since 2017 when he signed a two-year, $6 million deal in free agency.

Alualu was a mainstay in the Steelers’ run defense last season, taking over the starting nose tackle job. He appeared in 15 games, playing 44 percent of defensive snaps. He had 38 tackles, including four for loss, and two sacks last season.

Without Alualu, the Steelers lacked a consistent, veteran presence at the position, and he shores up a major hole that was left in his short departure. The Steelers are still have to replace four defensive starters — LB Bud Dupree, ILB Vince Williams, DB Mike Hilton and CB Steve Nelson.

The terms of Alualu’s deal were not disclosed, but the Steelers recently made moves to free up some cap space, releasing starting cornerback Nelson, which created $8.25 million in cap space.

NFL Network was first to report the decision.