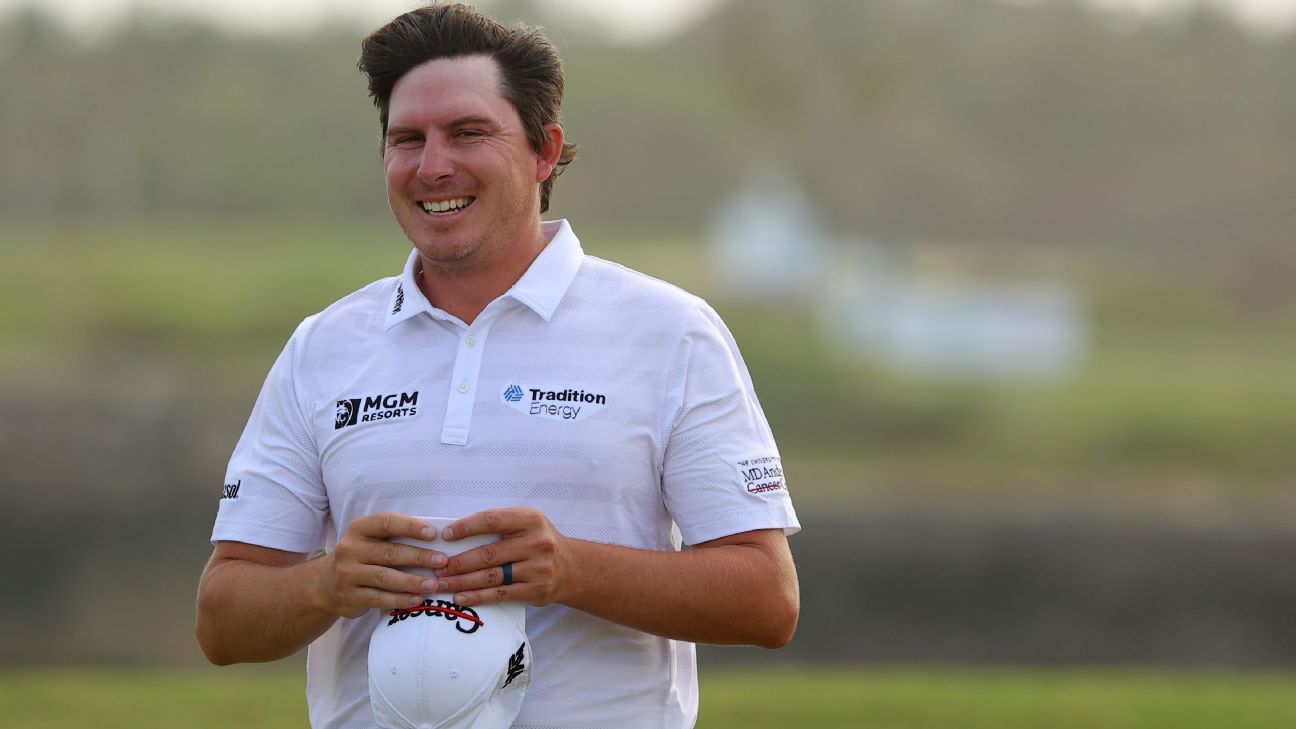 Dahmen closed with a 2-under 70 on the windswept seaside course. He started fast with birdies on three of the first four holes and added another on the par-5 seventh, then played the last 11 in 2 over with bogeys on the par-3 11th and par-5 14th and a series of hard-earned pars.

The 33-year-old Dahmen finished at 12-under 276. He didn’t get into the Masters with the victory because the tournament was played opposite the WGC Match Play event in Texas, but did wrap up a PGA Championship berth and a spot at Kapalua in the Sentry Tournament of Champions.

Campos, the Puerto Rican player whose family has long had a home in the Dominican Republic, had a 71. Winless on the tour, he bogeyed the par-3 17th to drop out of a tie for the lead and watched the wind move his 15-footer off-line in the last few inches on the par-4 18th. His only birdies came on the two front-nine par 5s.

Sam Ryder had a 67 to tie for second with Campos.

Graeme McDowell, the 2019 winner, and Michael Gligic tied for fourth at 10 under. McDowell closed with a 69, and Gligic shot 71.

Defending champion Hudson Swafford (70) and Emiliano Grillo (71) were 9 under.