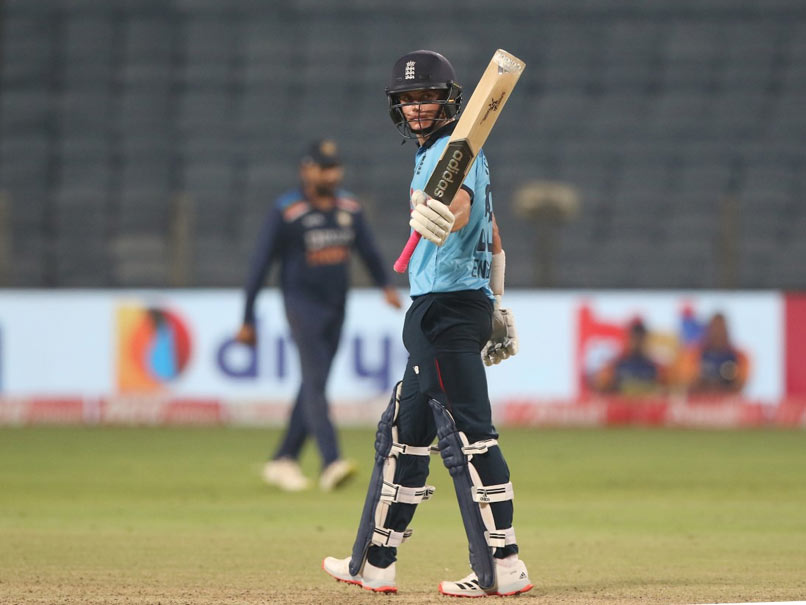 England all-rounder Sam Curran, who played a brilliant unbeaten knock of 95 against India in the third and final ODI, has said that the series against Virat Kohli’s men was a big learning curve for him. In the third ODI against India in Pune on Sunday, Curran starred with the bat for England and scored 95 off just 83 balls but his innings went in vain as India registered a seven-run win in the decider to clinch the series 2-1.

England, chasing 330, needed 14 runs in the final over but left-arm fast bowler T Natarajan kept his composure under pressure and bowled brilliantly to help India win the thrilling contest at the Maharashtra Cricket Association Stadium.

“We didn’t win the game, but I am happy with the way I played. I love winning, but it was a great experience. I haven’t done that for England for a long time, but in the end, we lost. I wanted to take the majority of the balls and take it deep. It was hard to defend, but Natarajan bowled really well in the end and shows why he’s a really good bowler,” Curran told host broadcaster Star Sports at the post-match presentation.

“I realised that one side was shorter and Bhuvi (Bhuvneshwar Kumar) is a fantastic bowler so I played him out. (It’s a) fantastic ground, a great pitch, and an amazing batting line-up for India, so it has been a great learning curve. Looking forward to the IPL in these conditions in a few weeks’ time,” he added.

Earlier, India’s batting unit displayed a change of approach and this ensured that despite losing wickets at regular intervals, the hosts posted a total of 329. Rishabh Pant (78), Hardik Pandya (64), and Shikhar Dhawan (67) registered 50-plus scores as India set a 330-run target for the visitors.

India defeated England in all three formats this year. The hosts had won Test series 3-1, the T20I series 3-2, and then the ODI series 2-1.