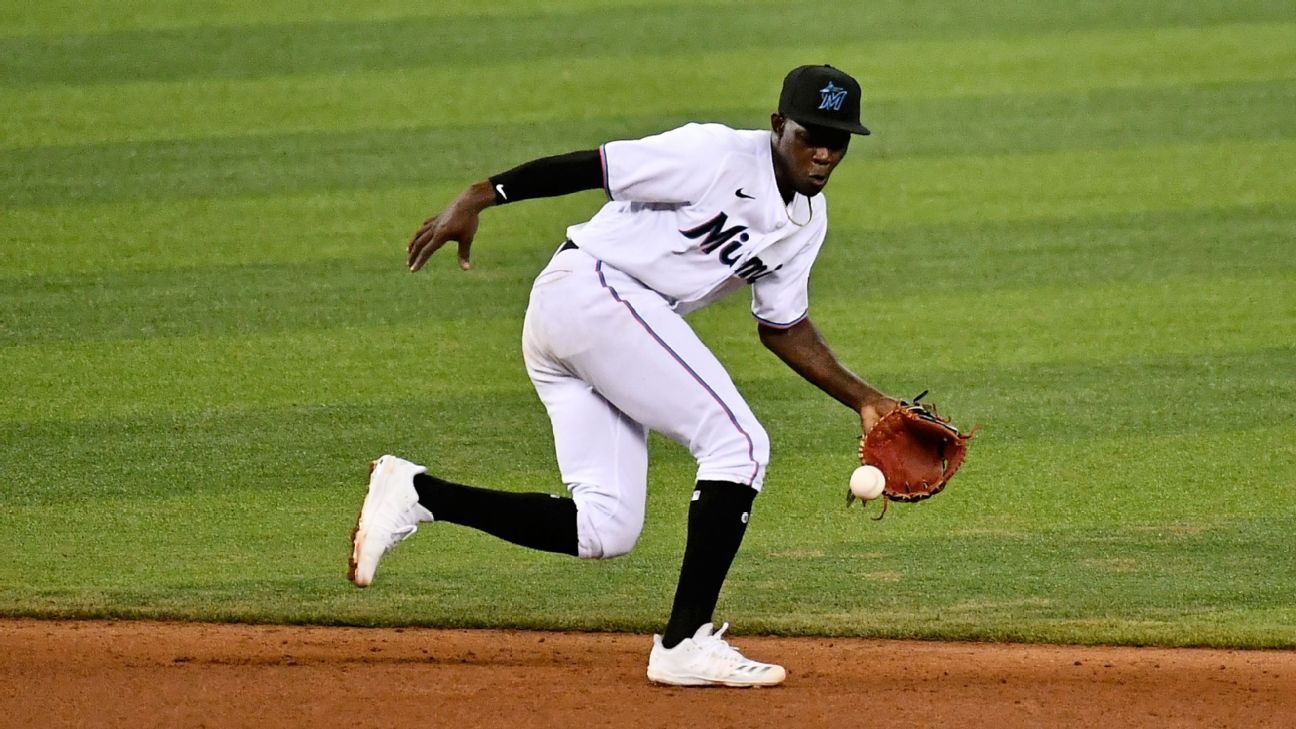 MIAMI — Highly regarded prospect Jazz Chisholm was declared the winner of the spring competition for the Miami Marlins‘ second base job Sunday, and he’ll be in the lineup on Opening Day.

He was competing with Isan Diaz for the Marlins’ only open everyday job, and won almost by default. Diaz went 2-for-34 and will start the season in Triple-A.

Manager Don Mattingly and general manager Kim Ng told Chisholm shortly before the final spring training game that he was heading south with the team.

“It feels great when everybody believes in you,” Chisholm said. “I know I already have a lot of confidence, but it gives you confidence to where it’s almost cockiness.”

Chisholm, 23, came to Miami in the 2019 trade that sent pitcher Zac Gallen to Arizona.

“We look at Jazz as the every-day second baseman,” Mattingly said. “But this is the start of it. You’ve got to go perform and keep going every day.”

The young Marlins finished 14-5 in spring training, best in the majors. They’re trying to build on an unexpected run to the playoffs last year, and open the season Thursday against Tampa Bay.

“I’m happy with the club,” Mattingly said. “In general we have played pretty good baseball.”