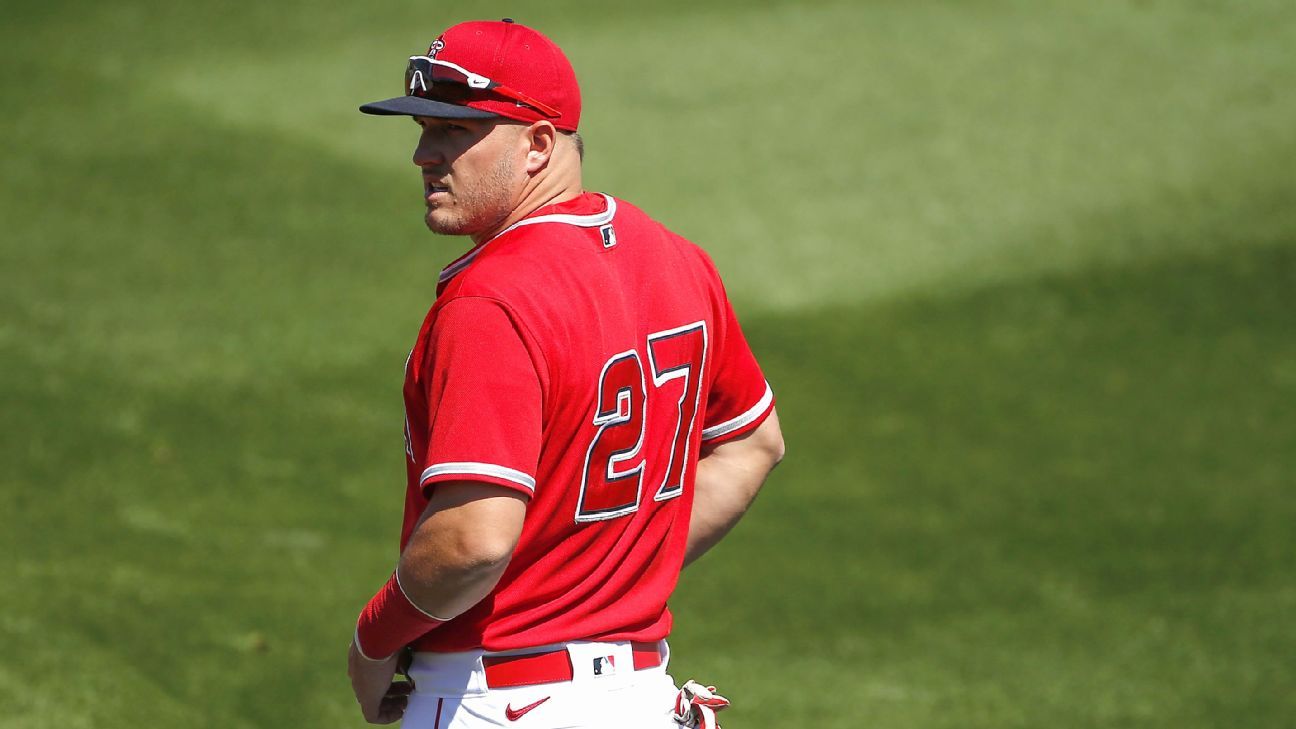 The Millville Meteor. Kiiiiid. Trouty. God of WAR. King Fish. No matter what you call Mike Trout, you’ve also called him the unquestioned best player in baseball for nearly a decade now.

In fact, Trout has held the top spot in our annual ESPN MLB Rank top 100 for eight consecutive seasons. The last time a player other than Trout was No. 1 was all the way back in 2013, when a then-21-year-old Trout was third behind Miguel Cabrera and Justin Verlander.

But after a down-by-his-standards-only 2020 season combined with the fact he will turn 30 later this season, the window for another superstar to take Trout’s throne is starting to open.

With that in mind, we asked five of our MLB experts to draft a player they think could make a run at the title of best player in baseball and present the strongest case on that player taking the crown in 2021. We then enlisted our very own Judge Jeff Passan to weigh in on the cases with his ultimate ruling on which stars really could pass Mike Trout as MLB’s best — and when they could do it.

The case for Yelich: You might have forgotten just how great Yelich has been in Milwaukee after his 2020, but he is the one player who can match Trout stat for stat at the plate over the two prior seasons. 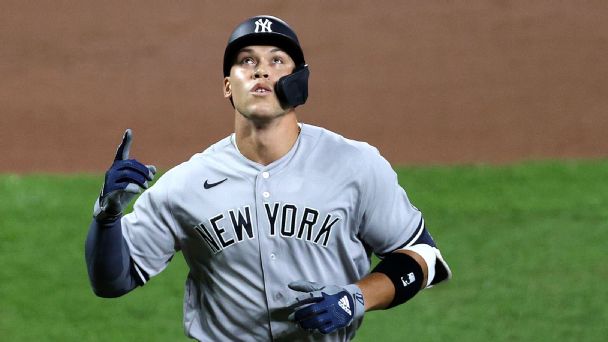 Opening Week is here! You can watch the 2021 season begin Thursday with an ESPN Opening Day schedule packed with some of baseball’s biggest names and best teams.

While Trout was leading the AL in OPS+ in 2018 and 2019, Yelich was doing the same in the NL. In fact, his 343 total bases in 2018 are more than Trout has ever had in a single season. Throw in two batting titles and 52 stolen bases over those two years, and Yelich is outpacing everyone in the running — including Trout. Both have a first and second place finish in MVP voting during that time frame as well. And Yelich’s career .807 OPS against left-handed pitching is in the top 10 for left-handed hitters over the past 40 years.

Now, the only thing we have to do to win this debate is throw out 2020. If you can’t do that, then how else can you explain Javier Baez, J.D. Martinez, Jose Altuve, Eugenio Suarez and a host of other players who all stunk in the shortened season. Last year should not impact this debate. — Jesse Rogers

Judge Jeff Passan says: Trout didn’t stink in the shortened season. Neither did Juan Soto or Mookie Betts or Fernando Tatis. Being the best isn’t about single years of excellence. It’s about sustained, consistent greatness.

Since we’re in the spirit of throwing things out, perhaps we’ll start with this case. Motion denied.

The case for Acuña: With three big league years under his belt, all signs point towards Acuña putting it all together which, for him, would give him an unrivaled array of standout numbers.

With Cristian Pache taking over in CF, Acuña won’t have to bounce between positions as much. Over the past three years, he’s put up better defensive numbers than Mookie Betts as a right fielder, on a prorated basis. He is one of a few rare talents who might well lead his league in both homers and steals this season. In fact, assuming his hard-luck BABIP from last season bounces back, he should get on base often enough for a 40/40 season in a lineup of an elite team with Gold Glove defensive metrics.

Acuña is baseball’s next 10-WAR player, and at the age of 23, he might sit at that level for at least the next decade — a time during which Trout will wade deeper into his 30s. — Bradford Doolittle

Judge Jeff says: The history of 10-win corner outfielders looks like this: Betts in 2018, juiced-up seasons from Bonds and Sammy Sosa, jump back more than three decades to Carl Yastrzemski twice, one year for Stan Musial, three for Ted Williams and eight for Babe Ruth. That’s it. The 10-win threshold is incredibly trying for any player — and exponentially so for one playing in a corner.

Acuna’s strikeout rate has gone in the wrong direction, too, leaping to almost 30% last year, and as much damage as he does when he hits the ball, he’s not hitting it enough right now to make up for that bat-to-ball deficiency. Like Soto and Tatis, he’s got time on his side, and he may yet be the best of baseball’s Triple Crown of players. But even in his near-40/40 year, Acuna didn’t even reach six WAR. Ten? There are simply too many things he needs to improve upon to exceed his peers, let alone Trout. Motion denied.

The case for Tatis: Let’s see — he’s a pitch man for Gatorade and Adidas, the cover athlete for one of Major League Baseball’s signature video games, owner of a $340 million contract, and he’ll be just 22 years old all year. Tatis has yet to register a full season’s worth of games, and yet it is abundantly clear that he is already on the precipice of becoming the definitive athlete of his sport. The momentum is too strong to ignore.

In 143 games — most of them played before he was of legal drinking age — Tatis possesses a .301/.374/.582 slash line with 71 extra-base hits, 27 stolen bases and 6.5 FanGraphs wins above replacement. Those are MVP numbers in any one season. In 2020, a year when the logistics of playing through a pandemic sapped the production of some of the game’s best position players, Tatis became a more patient hitter who barreled pitches within the top 1% of the industry. He also developed into an elite defender at a premium position, leading all shortstops in outs above average.

Yeah, he’s unspeakably cool and has the type of flair for the dramatic that might only be rivaled by Trout himself. But he’s also really, really good at a really young age. And by the time his first full season is finished, we might be saying Tatis is already the best there is. — Alden Gonzalez

Judge Jeff says: If this courthouse were fielding arguments for best pitch man or face of baseball, yeah, sure, this works. But if the case begins with sports drinks and sneakers, there’s a reason. And that reason is there’s just not enough of a statistical foundation to buttress the idea that Tatis is on Trout’s level. His greatness isn’t just about 10-win seasons — only Babe Ruth, Willie Mays and Rogers Hornsby have more than his three — but his consistency. Trout is great every year. Tatis has been great for a couple of half-season bursts.

Everything is there for him to become the best. He’s got the bat. He plays the right position. He’s dynamic on the basepaths. He shows the capacity to adjust and improve. Tatis’ ceiling may be the highest of everyone. But this is about 2021, for each of the past eight full years, Trout’s WAR has been higher than those 6.5 Tatis has booked in his career. Motion denied.

The case for Betts: I’ve made the argument dating back to Mookie’s time in Boston that if we lived in a world where Mike Trout simply didn’t exist, the conversation around the best player of this generation would start and end with Mookie Betts.

Betts is one of those players who not only passes the stats test, but the eye test as well. Since his rookie year in 2014, Betts has posted the second-most fWAR among active players with 40.2 fWAR, ahead of Anthony Rendon (34.3), Josh Donaldson (34.2) and Jose Altuve (32.7), and behind just Trout, who leads with 54.7 fWAR.

Betts makes an enormous impact on the field in every game through his Gold Glove defense, a big hit with the bat or a smart play on the base paths. And while his stats speak the world of his greatness on the field, it’s not until you watch the Dodgers outfielder on a daily basis that one can truly get a sense of his immense impact on a winning baseball team. — Joon Lee

Judge Jeff says: The problem with the if-Trout-didn’t-exist argument is that he does. By the time Betts arrived in the major leagues, Trout already had finished second in the MVP voting twice — and would win the award that season. In only one full season has Betts exceeded Trout’s WAR total — and that was a year in which Trout accounted for 10.2 wins. He plays a more important position than Betts. He’s a better hitter than Betts.

And all of this is OK. Betts is a Hall of Famer. He is the fulcrum of the Dodgers. He is worth every penny of the $365 million extension he signed. He did, admittedly, have a better 2020. But when you’ve had seven years to pass Trout and haven’t, there’s simply not enough evidence to support the premise. Motion denied.

The case for Soto: OBP is life. Trout’s most valuable skill is his ability to get on base, with a career .418 OBP and a season best of .460 in 2018. Soto has a career .415 OBP (topping .400 each of his three seasons), including a ridiculous .490 mark in 2020. The last qualifying hitter with an OBP that high was Barry Bonds. Before Bonds, it was Ted Williams and Mickey Mantle — in 1957. When you hit like Soto, you can be the best player in the game even if you don’t play up the middle — just like Bonds or Williams. — David Schoenfield 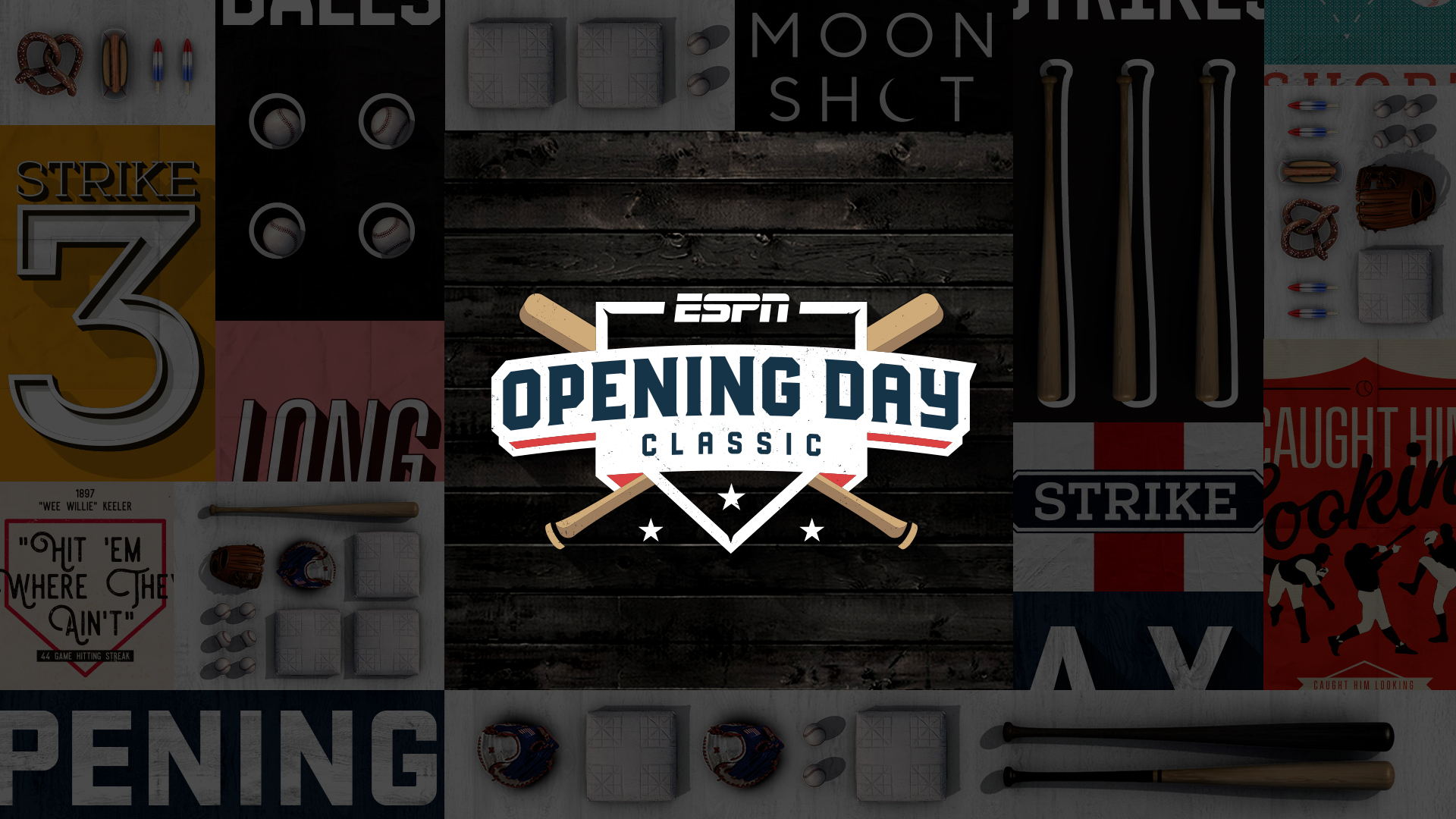 Make your picks and compete for a chance at $5,000! Make Your Picks

Judge Jeff says: So long as we’re talking three-letter acronyms, counselor, perhaps we should focus on OAA, DRS and UZR. They are all defensive metrics, and OAA in particular does a good job of measuring an outfielder’s value in the field. Soto was two runs below average in 2020, good for 92nd among qualified outfielders. It’s not like he’s a mess defensively — his OAA was strong in 2019 — and yet to be the best player in baseball, standing out in all facets of the game is also a must. And nobody will mistake Soto for a threat on the basepaths anytime soon, either.

If Soto is that much better than everyone else at the plate for a full season, perhaps his bat can overcome his glove and legs — and Trout. Remember, before Trout came along, the best players in baseball from 2001-2009 were a couple of bat-only guys: Bonds and Albert Pujols. Even if he doesn’t usurp Trout this year, Soto can live with the title of best hitter in baseball, which is a hell of a consolation prize for a 22-year-old. Motion granted.