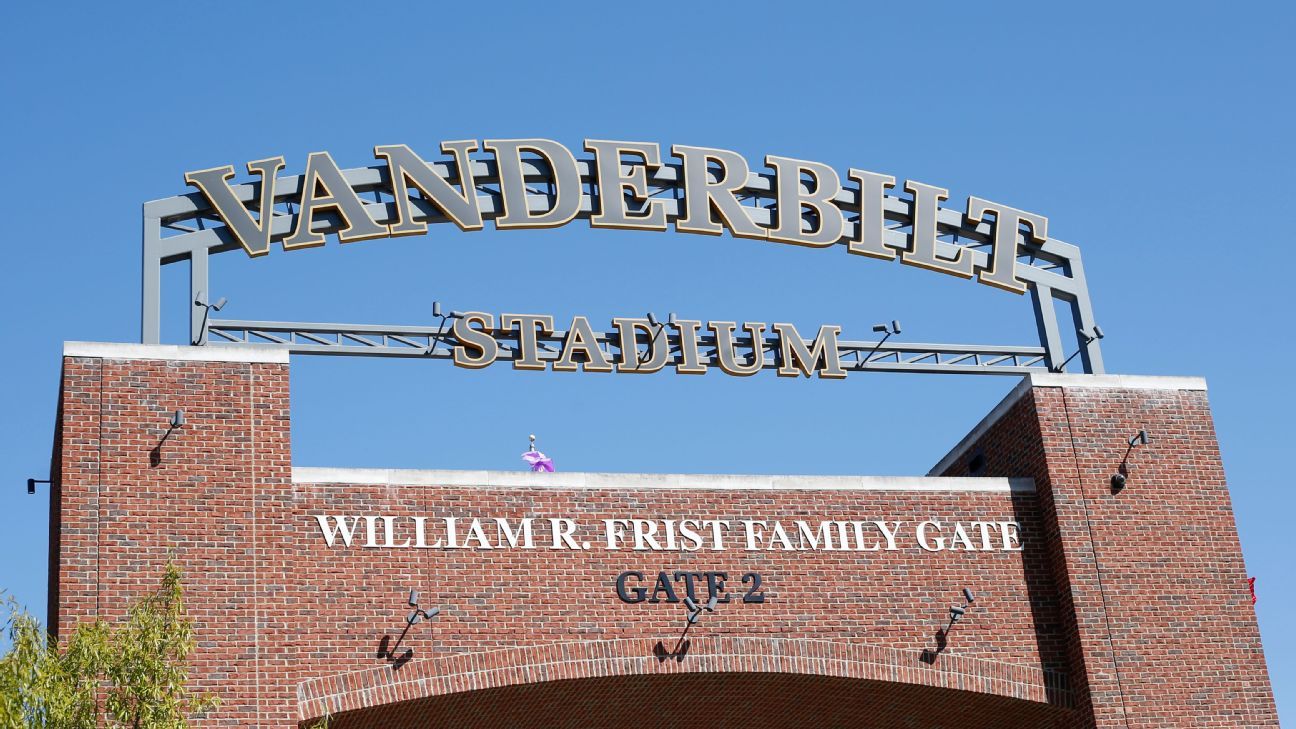 The Vandy United Fund already has $200 million committed with $100 million from the university along with $90 million from anonymous donors and another $10 million from John R. Ingram, a member of the Board of Trust and lead owner of MLS’ Nashville team.

Chancellor Daniel Diermeier said at a news conference that the Vandy United Fund represents the largest undertaking of its kind in Vanderbilt’s athletics history.

“This is a bold step,” he said, “but it’s also just the beginning of a longer journey.”

Athletic director Candice Lee said the initial work will focus on infrastructure for Vanderbilt’s athletes to improve their daily experience.

“There will be more things that come as a part of this broader scheme,” Lee said.

The first investment will be in football and basketball.

Vanderbilt hired Clark Lea as its new football coach in December. Lee said they made clear then what upgrades were planned for football and that Lea agreed with the approach.

“He was very pleased with what he saw,” Lee said.

Vanderbilt opened an indoor practice facility for football in November 2013, which also is used by other sports. Lee said they saw first-hand last weekend the challenges of moving players and gear from the football offices indoors when thunderstorms forced a scrimmage indoors.

Renderings for the first phase will be released this summer. Construction for both football and basketball is expected to start when the 2021 football season ends.

McGugin Center, home to athletics offices, also will be renovated and include a new sports performance center to benefit all teams.

Vanderbilt Stadium, the smallest football stadium in the Southeastern Conference, had its last major renovation in 1981. For now, Vanderbilt plans to upgrade the fan experience with premium seating, hospitality space, more food and beverage options and other fan amenities.

Diermeier said conversations he and Lee had with alumnae and former Vanderbilt athletes let them know there were concerns about how committed they were to actually following through with their talk of improving athletics.

“There are no ifs, ands, thens and what if, this has to happen first,” Diermeier said. “We’re committed to this. We’re going to make it happen.”

Vanderbilt hired Populous as the master architect, and Lee said the broader scheme for continued improvements will eventually affect every sport.

“Part of the paradigm shift that’s happening here is that perhaps in the past, sometimes we, Vanderbilt, have felt like we’re sort of limping along,” Lee said. “It’s really important to us that we operate in every facet like the charter member of the SEC.”

The chancellor said every project item will have a purpose.

“There won’t be any frivolous things,” Diermeier said.