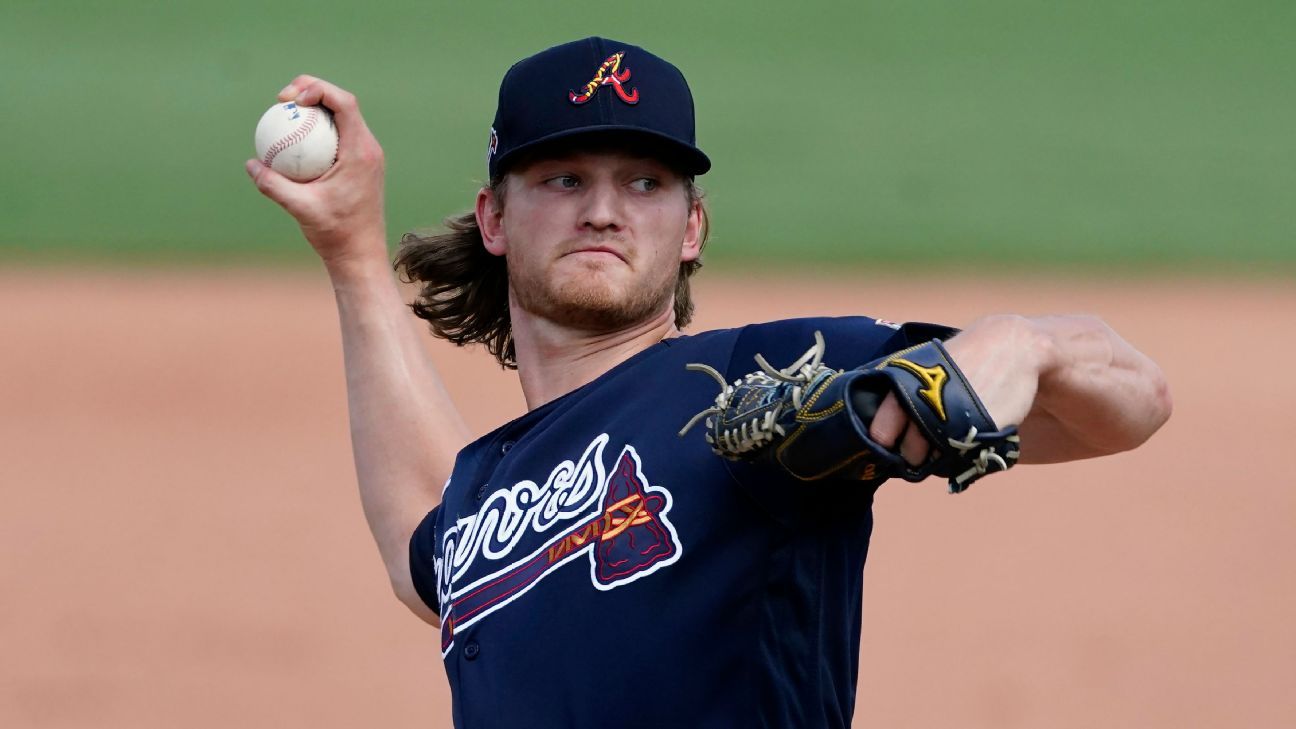 Mike Soroka surrendered a homer while working two innings for the Atlanta Braves in his 2021 debut Tuesday, a big step in the former All-Star’s comeback from a torn Achilles tendon.

Soroka, 23, got into the Braves’ final game of spring training at Fort Myers, Florida, taking over in the bottom of the sixth with Atlanta leading the Boston Red Sox 4-2.

The right-hander made it through his first inning of work without giving up a run. The Red Sox put two aboard with a hit and a walk, but Soroka had two strikeouts, including Chris Herrmann swinging to end the threat.

Jarren Duran led off the next inning by homering to right field to bring the Red Sox to 5-3. Soroka issued another walk and again had to deal with two runners aboard after Johan Camargo‘s throwing error.

But Soroka closed out the seven-inning game by getting Jeter Downs to hit into a double play, earning a save.

“It felt good. It felt really good,” Soroka said “It was kind of nice to got into trouble a little bit. I had to keep making pitches like I would during the season.”

While Soroka had pitched in simulated games at the Braves’ spring training complex, this was his first appearance against an opposing team since his injury on Aug. 3, 2020.

Soroka will begin the season on the injured list and continue to build up his arm strength at the alternate-training site in suburban Atlanta. The team is hopeful that he might be ready to rejoin the rotation before the end of April.

“It was a perfect way to end a really good spring training on a positive note,” manager Brian Snitker said. “You could tell he hasn’t pitched in a while. There were flashes that were really good. But it was just good to get him out there. To pitch against somebody else is important.”

Soroka was the Braves’ Opening Day starter a season ago, coming off a brilliant rookie season in which he went 13-4 with a 2.68 ERA, was selected for the All-Star Game and finished sixth in the NL Cy Young Award balloting.

But he lasted only three starts after the pandemic-shortened 2020 season finally got underway, suffering the injury while breaking toward first to cover the bag on a grounder to the right side vs. the Mets.

Soroka darted off the mound on a couple of plays Tuesday without any concern. He credited the work he has done during his rehab for building up his confidence.

“Once you do it in a game, you’ve done it so many times already it is not a thought,” he said.

Soroka is eager to be part of a rotation that added veteran free agents Charlie Morton and Drew Smyly, who will join Fried and Anderson in a four-man group to start the season. Fried got the nod for Thursday’s opener at Philadelphia.

Bryse Anderson will likely join the team in a couple of weeks when a fifth starter is needed. But it shouldn’t be long before Soroka is part of the mix.

“It is exciting,” Soroka said. “It could be one of those rotations where five guys are just trading hands, competing with each other. That’s where it’s the most fun.”