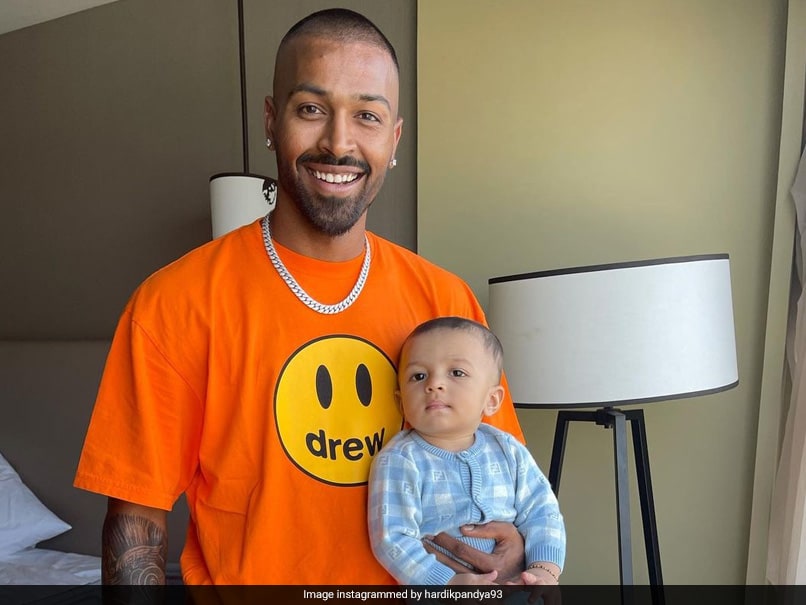 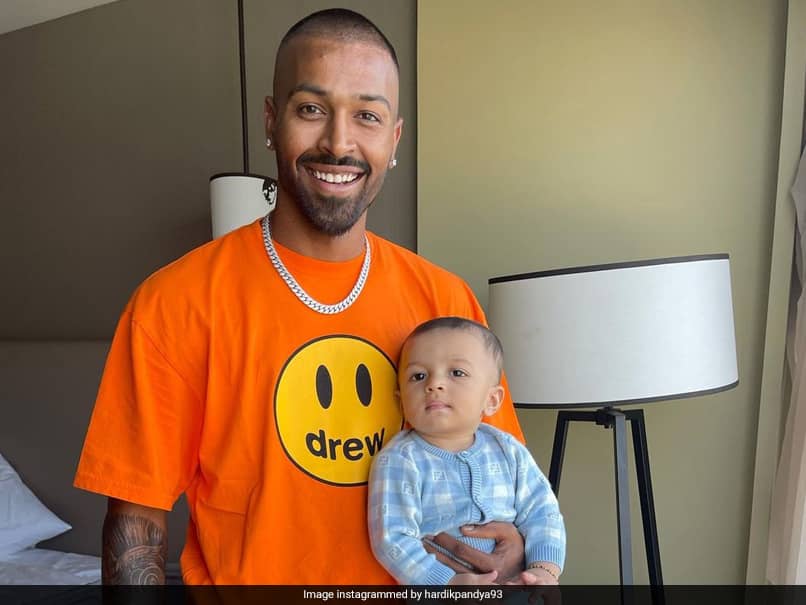 Hardik Pandya holds up his son Agastya in an adorable picture.© Instagram


Star all-rounder Hardik Pandya took to Instagram on Tuesday to share an adorable picture with his son Agastya as he turned eight months old. He also had an equally adorable caption to go with the photo, where he is seen holding up Agastya with one hand. “Our Agastya turns 8 months. Time flies with him,” he wrote and added “big boy”. Bollywood actor and wife of former India pacer Zaheer Khan, Sagarika Ghatge, reacted with heart emojis and as did batsman Mandeep Singh.

Hardik Pandya was part of India’s squad for the recently concluded series against England.

While Pandya did not play in the four Tests, he played a big role in the T20 Internationals and the ODIs as India emerged winners in all formats.

Pandya returned to bowling action during the T20I series, adding much-needed balance to India’s attack, while he played some quickfire cameos with the bat as India emerged 3-2 winners.

In the ODI series, Hardik failed to fire in the first game, but scored 35 off 16 in the second game to help India finish strong, even though the visitors won comfortably.

In the decider, Hardik put on a 99-run partnership with Rishabh Pant and scored his seventh ODI half-century. He also bowled an economical spell, giving away just 48 runs in nine overs in a high-scoring encounter to help India clinch a thriller.

Hardik will now be shifting his focus to the 2021 season of the Indian Premier League (IPL), which kicks off on April 9.

The all-rounder joined the Mumbai Indians squad on Tuesday along with brother Krunal Pandya Suryakumar Yadav.