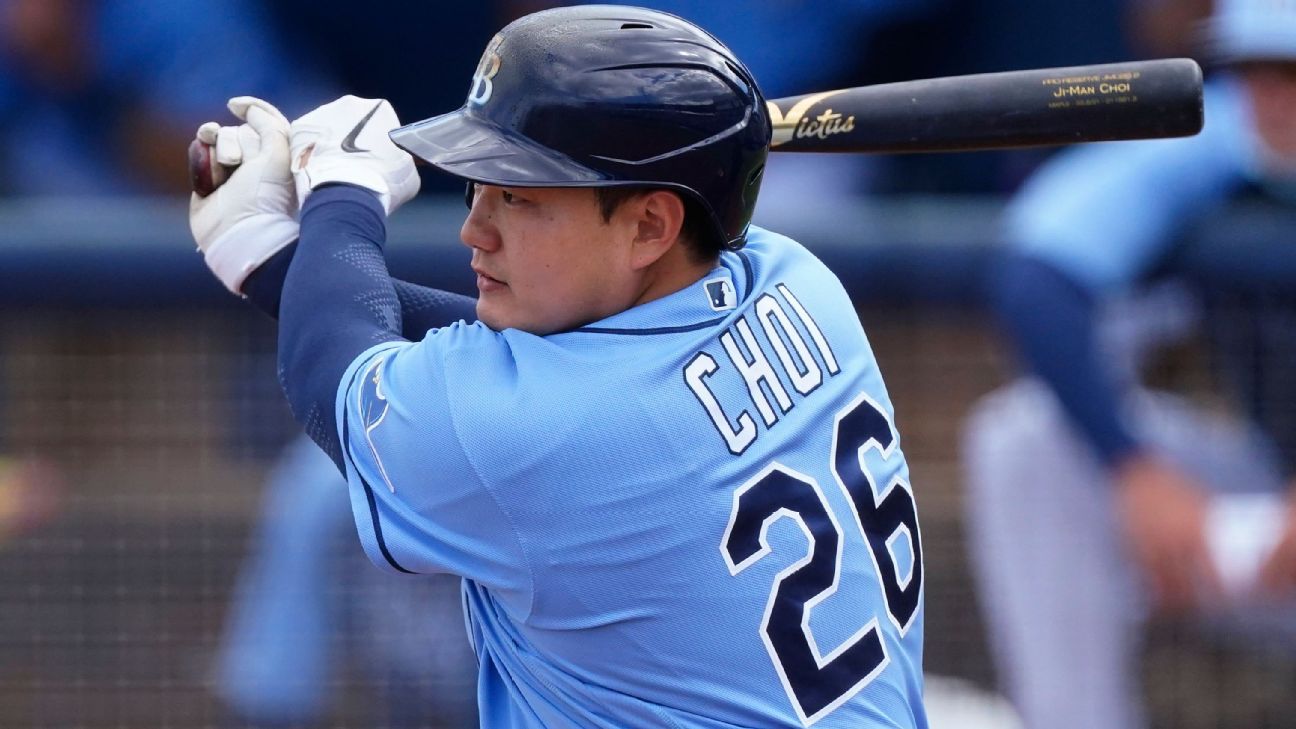 ST. PETERSBURG, Fla. — Tampa Bay Rays first baseman Ji-Man Choi will have arthroscopic surgery on his right knee and is expected to be sidelined at least three to five weeks.

Manager Kevin Cash said Tuesday that the AL champions should have a better idea of how long Choi might be out after Wednesday’s operation.

“I don’t think anything’s been totally defined on: ‘Here’s the issue.’ We know there is an issue,” Cash said before the Rays spring training finale against the Detroit Tigers.

“Right now, the timetable is three to five weeks. … If there’s a loose body in there and they take it out, that’s different than maybe having something else in there,” the manager added.

Choi, who hit .230 with three homers and 16 RBIs in 42 games last season, was slowed much of spring training by the sore knee. He’s set to earn $2.45 million this year after winning a salary arbitration hearing against the AL champions.

With Choi out, Yoshi Tsutsugo, Yandy Diaz and Mike Brousseau figure to share most of the playing time at first base.