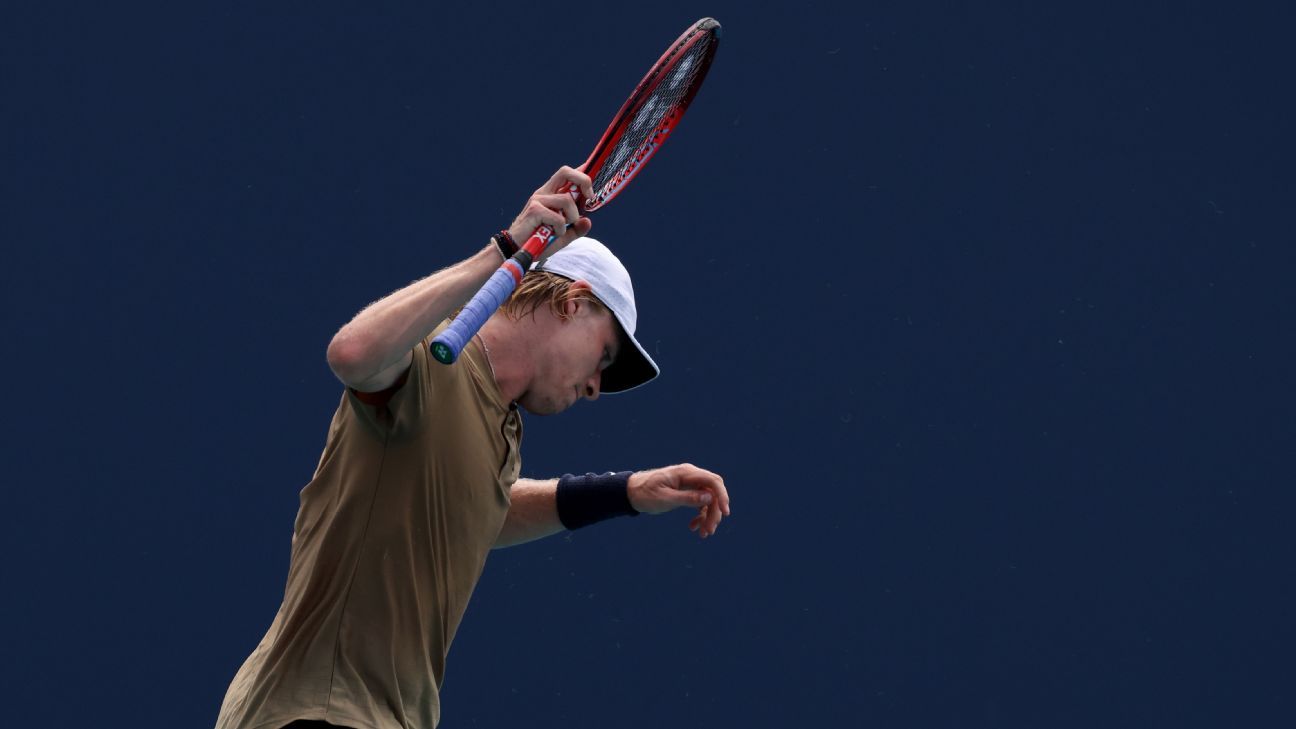 Sixth-seeded Denis Shapovalov of Canada was upset by 26th seed Hubert Hurkacz of Poland 6-3, 7-6 (6) on Monday at the Miami Open.

Shapovalov was clearly frustrated with some calls that the Hawk-Eye Live technology — the system that replaces live lines judges with cameras — saw one way and he saw another way.

“We’re getting used to that, that Hawk-Eye life,” Hurkacz said. “It’s a little bit different.”

Cilic will meet fourth-seeded Andrey Rublev of Russia next. Rublev rolled past Hungary’s Marton Fucsovics 6-2, 6-1 — beating him head-to-head for the third time in the last 22 days, and that doesn’t even include a walkover victory over Fucsovics in Qatar in that span.