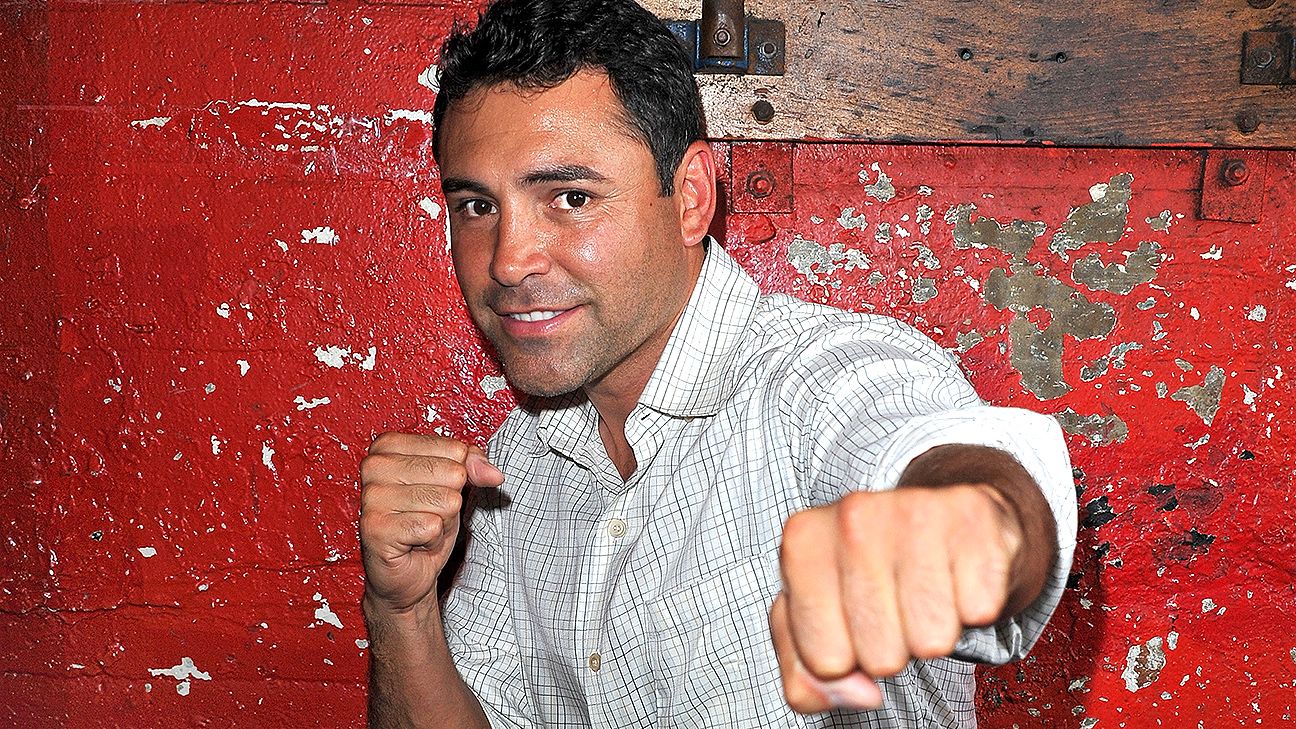 Fighters get better with seasoning, experience and maturity, but not, as a rule, age. That’s why I cannot share in any enthusiasm — if, in fact, there is any — for the return of Oscar De La Hoya.

What plagues boxing isn’t the wave of “exhibition” fights, per se. No, it’s the old guys — former fighters decades past their prime taking the spotlight from fighters who should be just now entering their prime. Boxing can’t survive, much less grow, if it keeps pushing out its past at the expense of its present and its future.

De La Hoya says he’ll be fighting on Triller July 3. He wants Floyd Mayweather, of course. What he’ll wind up with, it’s a pretty good bet, is an MMA fighter who will minimize his risk while maximizing his profit and exposure. If the Triller execs are smart — which, to this point, they have been nothing if not smart — they’ll use the MMA guy as a proxy for Dana White who has said many mean and nasty things about the 48-year-old former fighter-turned-promoter. By the way, this is the same De La Hoya who urged fans to boycott Mayweather’s fight with Conor McGregor, calling it a “circus” from which “our sport might not ever recover.”

Now, the more practical question isn’t whether De La Hoya remains a guardian of the sport, but is he still a promoter? It’s hard to tell at this point. It’s also worth noting that his July 3 extravaganza will be promoted by Triller, not by De La Hoya’s own promotional company, Golden Boy.

It’s clear he’s been itching to come back for some time. But unlike Mike Tyson (fully three decades removed from his brief prime) or Evander Holyfield (the bravest heavyweight I ever saw, and it’s a damn shame to see him beg for a fight with a guy he dominated and dismantled back in 1996), he cannot blame Don King or divorce for his financial failures.

“I have enough money,” De La Hoya told me back in December. “I’m more than good. I made wise investments. I would donate every single penny to my foundation.”

The ostensible subject of our conversation was Ryan Garcia, who, later that week would knock out Luke Campbell to improve to 21-0. But the real source of De La Hoya’s enthusiasm was, well, De La Hoya.

He was referring, of course, to the Tyson who messed around with an older, softer iteration of Roy Jones Jr. If it was a commercial success, it was also an insult to the idea of boxing as the truest and riskiest of all sports.

So if you’re one of those who’s awed by the sight of guys hitting mitts on Instagram, well, that’s on you. “Maybe there’s a chance of luring Mayweather back in the ring,” De La Hoya said. “Can we call it “Revenge’?”

But if you’re fighting on pay-per-view, I asked, where does it leave a fighter like Garcia?

“It attracts more eyeballs to the sport,” said De La Hoya. “Imagine Ryan fighting a title fight in the co-main?”

Just what any aspiring young star wants: to be a co-main event.

“Now I’m thinking like a fighter and a promoter,” he said.

Actually, he was thinking like De La Hoya, definitely not a promoter. That’s the problem, too, the lack of promotion for gifted young fighters. De La Hoya’s Golden Boy has two 23-year-old assets of real consequence: Garcia and the 17-0 welterweight Vergil Ortiz Jr. It will take an act of God (or the devil) to get either of them real title shots before the end of the year.

By contrast when De La Hoya was 23, he headlined at Madison Square Garden, Caesars Palace and the MGM Grand. He had fought a dozen title fights, four of them against undefeated fighters. He had won a title at 130, two at 135, and another a 140. He had fought Rafael Ruelas, Genaro Hernandez, John Molina and Julio Cesar Chavez. And still people complained he had been protected.

It’s not just Garcia and Ortiz who should be demanding the same protection of their promoter; it’s all the young fighters. The real plague in boxing is undefeated fighters who haven’t been in a memorable fight. And it’s not just De La Hoya and Golden Boy. There are no blameless promoters here.

Soon, Garcia will go to purse bid to fight Javier Fortuna for the eventual right to fight the undeniably talented and undefeated Devin Haney, who holds a bogus WBC lightweight title.

Gervonta Davis, who holds a secondary WBA lightweight belt, has just been indicted with 14 counts on a hit and run.

Shakur Stevenson, who should’ve been considered a fifth king, is supposed to fight somebody most boxing fans will have to Google around the time of the Puerto Rican Day parade in New York.

That leaves Teofimo Lopez, who holds the real versions of all four lightweight belts. For reasons that still defy explanation and common sense, Top Rank allowed his first defense to go to purse bid. Hence, his next appearance will be on — you guessed it! — Triller, where a 48-year-old promoter, Oscar De La Hoya, coming off a 2008 TKO loss to Manny Pacquiao, will likely appear as a pay-per-view main event before any of his young stars.