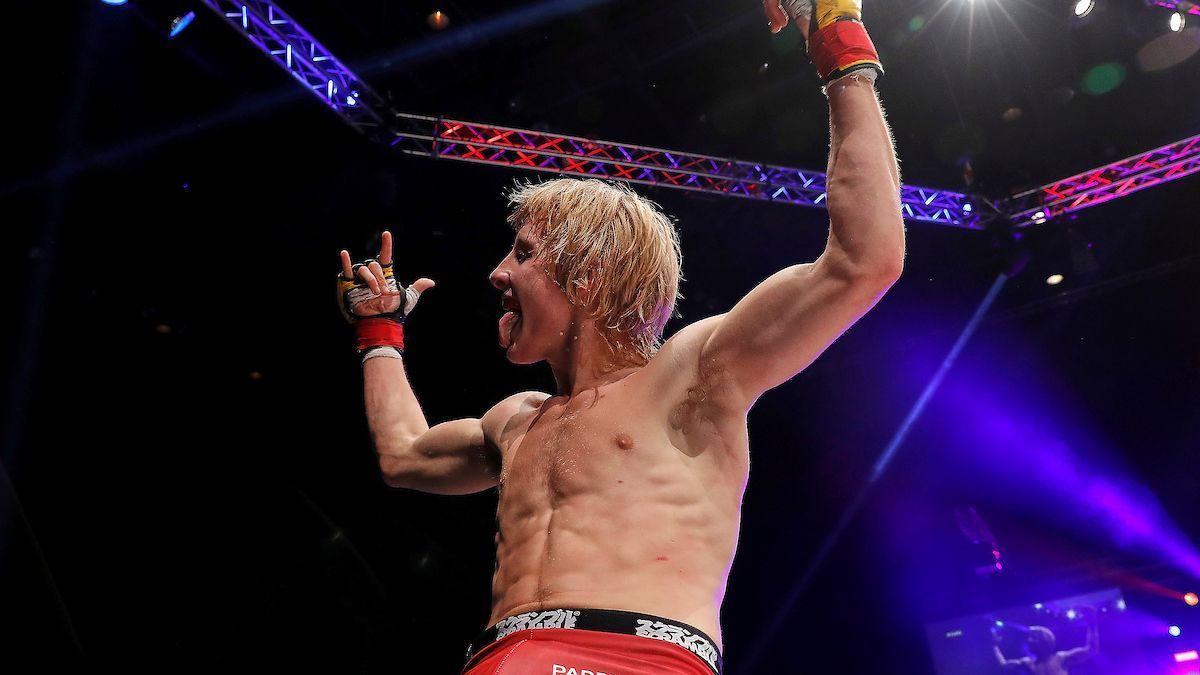 British MMA fighter Paddy ‘the Baddy’ Pimblett (16-3) has signed for the UFC from Cage Warriors, and has already set his sights on a takeover of the organisation.

Pimblett, who has fought at both featherweight and lightweight, joins the likes of Conor McGregor, Michael Bisping and Jack Shore who have all made the jump from Cage Warriors to the UFC.

“I don’t care if it’s my first fight in the UFC, it’s going to be my event,” Pimblett said to the Metro.

“When I’m standing there waiting to weigh-in I’ll be standing there with my speaker too. It’s still going to be my show, just like Cage Warriors. I don’t care if it’s my debut, I’ll turn up and takeover.”

The Liverpool-born fighter rose to prominence with a string of impressive performances culminating in Pimblett capturing the featherweight title in 2016, while amassing an 11-3 record in the organisation.

Pimblett has long flirted with the idea of making the switch to the UFC and was offered a contract with the company in 2016 but refused.

“I’m glad I never took them [the UFC] up on the first offer when I was 21. I may have got beaten up by men. I was still a child then. I still had a small body, no muscle at all. I still looked like I had just come out of school.

“If the 26-year-old me fought the 21-year-old me who won the belt I would finish him in two minutes,” he said.

Really great to see UFC sign @PaddyTheBaddy. Looks like they finally got a Liverpudlian fighter popular enough to headline Anfield.

Pimblett’s signing follows a spectacular performance in his most recent appearance as he defeated Davide Martinez (8-3) via submission in just 1:37.

No date or opponent has been set for the 26-year-old, but Pimblett says he wants to fight an opponent who is ranked in the top 15.

“I’d love to be fighting someone who is in the top 15 before the end of the year,” he said.

“If I can fight in June or July and get in another two before the end of the year then I think I can do that. Because one fight, one interview in the octagon after the fight, I’m going to blow up.”