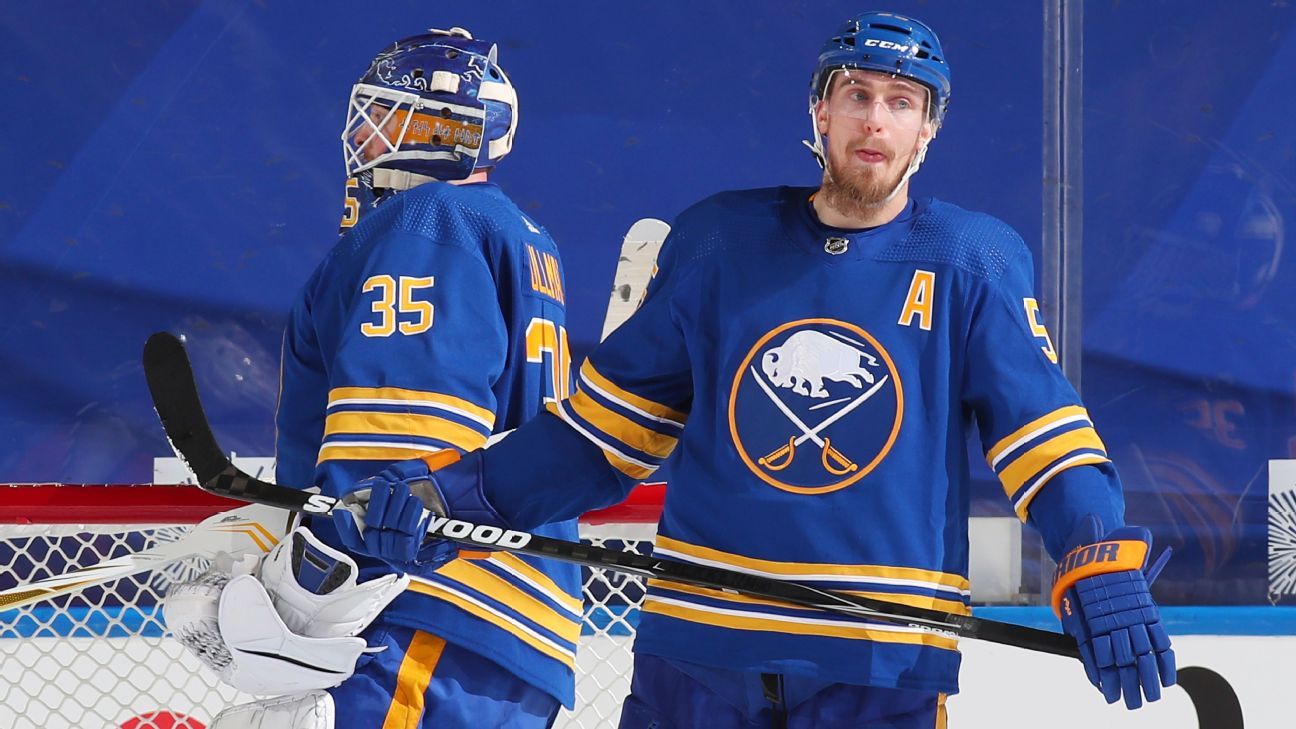 The franchise’s winless streak has now reached 18 games (0-15-3) which is the longest by an NHL team in 17 years. Wednesday’s 4-3 overtime loss to the Flyers was especially brutal, as Buffalo blew a 3-0 lead in the third period.

“It’s embarrassing,” defenseman Brandon Montour said. “This whole stretch is embarrassing. Any team in the NHL, that’s a win. That’s on players, the 20 guys on the ice. That’s brutal.”

When the Sabres built a 3-0 lead, William Hill Sportsbook posted Buffalo at -2500 on the live money line. It didn’t work out.

“Third period, like you just got to be desperate,” Montour said. “Guys, I don’t know if we felt sorry for each other, but you got to just find a way there. That’s unacceptable.”

Flyers defenseman Ivan Provorov scored 42 seconds into overtime to give the Flyers the win. Defenseman Rasmus Dahlin went as far to say the team had a “panic attack” in the collapse.

“We haven’t been in this situation,” Dahlin said. “We got panicked.”

The Sabres last won a game on Feb. 23 against the New Jersey Devils. Captain Jack Eichel has been out of the lineup (upper body) for 11 consecutive games, and there’s no timetable for the No. 1 center to return. Buffalo fired coach Ralph Kruger on March 17, when the streak hit 12 games. Don Granato is serving as the interim; he is technically Eichel’s fourth coach since entering the league in the 2015-16 season.

“I don’t want to say anything to them after, I think they should feel what they feel,” Granato said. “And we should discuss it tomorrow. Let the emotions run. Maybe they get the best of guys, but let them run, and tomorrow we can bring some clarity to them.”

The Sabres have the longest winless stretch since the Penguins went 0-17-1 in 2003-04. Pittsburgh followed that up by drafting Evgeni Malkin (No. 2 overall in 2004) and Sidney Crosby (No. 1 in 2005) in consecutive drafts. The last team to go winless in 19 straight was the 1993-94 Winnipeg Jets. The Sabres play the Flyers again on Wednesday.

The NHL’s trade deadline is April 12, and Buffalo is expected to be big sellers, collecting draft capital and prospects to build for the future. First-year GM Kevyn Adams started the sale last week, trading one of his big offseason acquisitions, center Eric Staal, to the Montreal Canadiens for a third and fifth round pick. Buffalo made a splash in the offseason by signing former league MVP Taylor Hall to a one-year, $8 million contract. Hall, too, could be on the move in the next two weeks. The 29-year-old Hall, who won the Hart Trophy just three years ago, has just two goals in 34 games.

“We speak so often about confidence, confidence in sports regardless of this situation, and that’s what we can take from this game, unfortunately,” Granato said. “If some guys think we panicked, then we’ll discuss that. But I think we’re getting in a real good process of that, again, with a focus on everything that helps us improve.

“If you just keep going in that direction, and you don’t buy into anything else, with all the negatives that are out there, we’ll improve.”