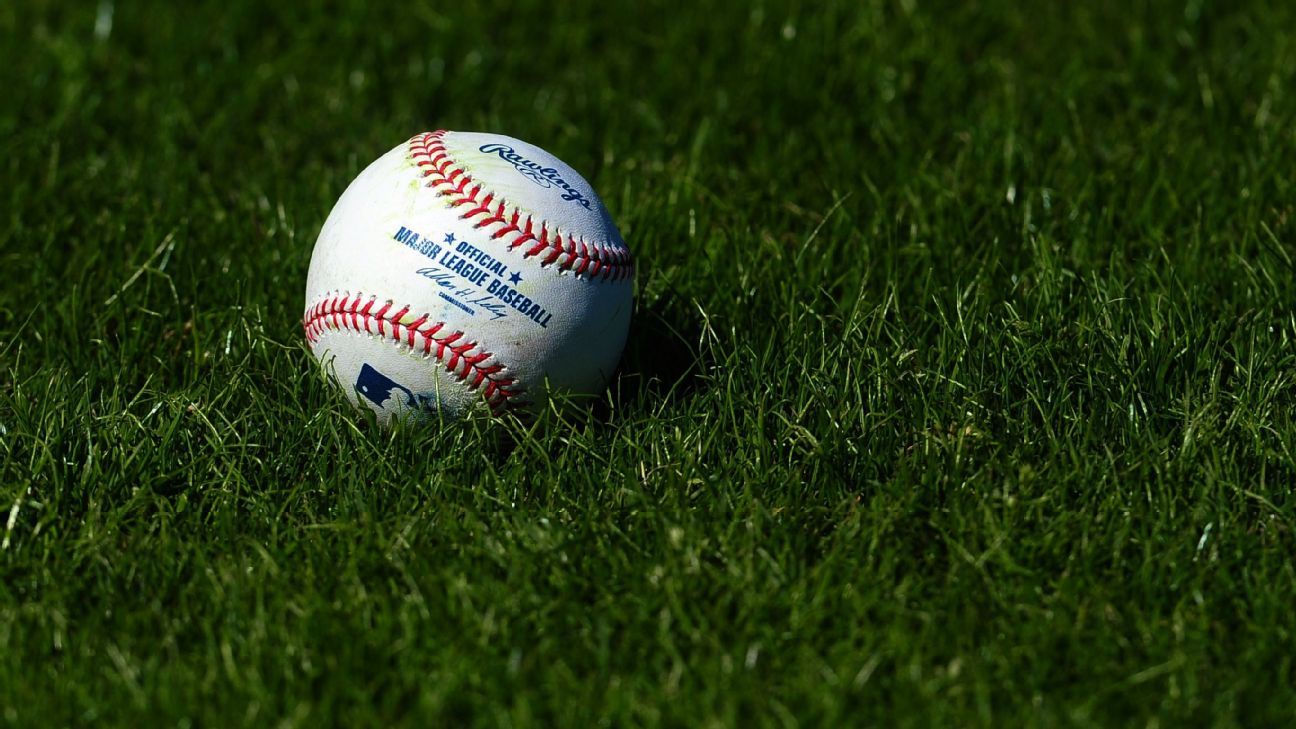 With the slightly tweaked baseballs in play, scoring and home runs are down in spring training.

Home runs also have declined this spring to 1.11 per game, the lowest in the preseason since 2017, according to ESPN Stats & Information.

In early February, Major League Baseball informed teams that subtle changes to the baseball were being made for the 2021 season, with the goal of improving the consistency of the ball. According to the Associated Press, an MLB memo to teams stated that the new balls will fly 1 or 2 feet shorter on hits that travel more than 375 feet. Over the past three seasons, 80.9% of home runs have traveled more than 375 feet.

In 2019, the last 162-game season, a record 6,776 home runs were hit. Following that season, a team of scientists, commissioned by MLB, determined that manufacturing inconsistencies had caused there to be less drag on the baseball and contributed to the surge in home runs in recent seasons.

As part of the tweaks, Rawlings loosened the tension of the first three wool windings within the ball. The change lessened the ball’s weight by less than 0.1 of an ounce without altering its size, and decreased its coefficient of restitution (the bounciness of the ball), which in recent seasons had trended to the high end of the range MLB tries to maintain.

“Measurements from both Rawlings and the UMass Lowell test laboratory show that the desired effect was achieved,” Alan Nathan, a professor emeritus of physics at the University of Illinois at Urbana-Champaign, told Sportico in February.

Pitchers have noticed the changes to the ball in spring training. After a March 9 start against the Chicago White Sox, San Diego Padres lefthander Blake Snell said the laces on the balls are “a lot thicker” and that the ball didn’t appear to be traveling as far.

“I hung a curveball and it didn’t go as far as I thought it was,” Snell said. “I mean, he didn’t even swing hard, but I’m used to pop flies are usually homers.

“It’s definitely a different ball,” he added. “I can promise you that it’s different.”

Oddsmakers aren’t quite sure the changes to the ball will result in a noticeable decrease in runs and say they’re taking a wait-and-see approach before making any significant changes to their numbers at sportsbooks.

“It’s just going to be a feel thing,” Randy Blum, a baseball oddsmaker for the SuperBook at Westgate Las Vegas, told ESPN. “If it’s a quarter-of-a run difference, I don’t know if that will have a huge effect. If it was something drastic, after two or three weeks, then we’d have to have those discussions.”

“Overall, though, I don’t think it’s going to be a huge difference, and we really need to give it some time, before we start reacting to something like this,” Steve Buchanan, an MLB analyst for DraftKings, said. “Obviously spring training is saying something different, but it’s a small sample.”