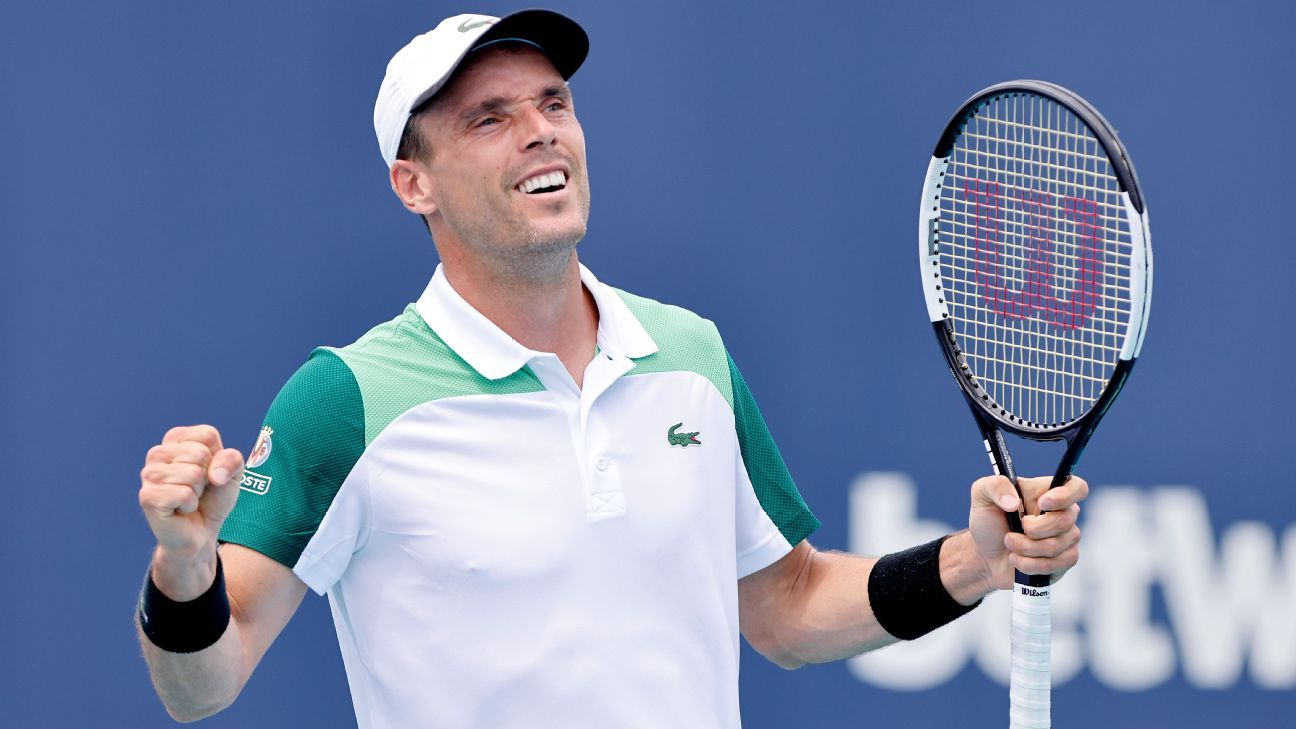 The No. 7 seed from Spain fought off a match point before ousting former Miami champion and No. 18 seed John Isner of the U.S. 6-3, 4-6, 7-6 (7) on Tuesday — his second three-set win in as many matches so far in the tournament.

Bautista Agut will face either top-seeded Daniil Medvedev of Russia or unseeded Frances Tiafoe of the U.S. in the quarterfinals. The Medvedev-Tiafoe match is later Tuesday.

Bautista Agut lost the first point of the third-set tiebreaker on his serve, giving the big-hitting Isner the early edge. Isner lost the mini-break by putting a forehand into the net five points later, then gave himself match point after a 138 mph ace for a 6-5 edge.

“He makes always difficult matches playing against him,” Bautista Agut said. “He has a very big serve and a lot of power from baseline with the forehand. It makes it always difficult, no?”

It was Isner’s earliest Miami exit since 2017, when he lost in the third round. He won the tournament in 2018 and lost the final in 2019 to Roger Federer in straight sets.

No. 21 seed Jannik Sinner of Italy breezed to the quarterfinals with a 6-3, 6-2 win over Emil Ruusuvuori of Finland. All eight of the men’s round-of-16 matches were set to be played Tuesday — Isner was one of four U.S. men to reach that round.