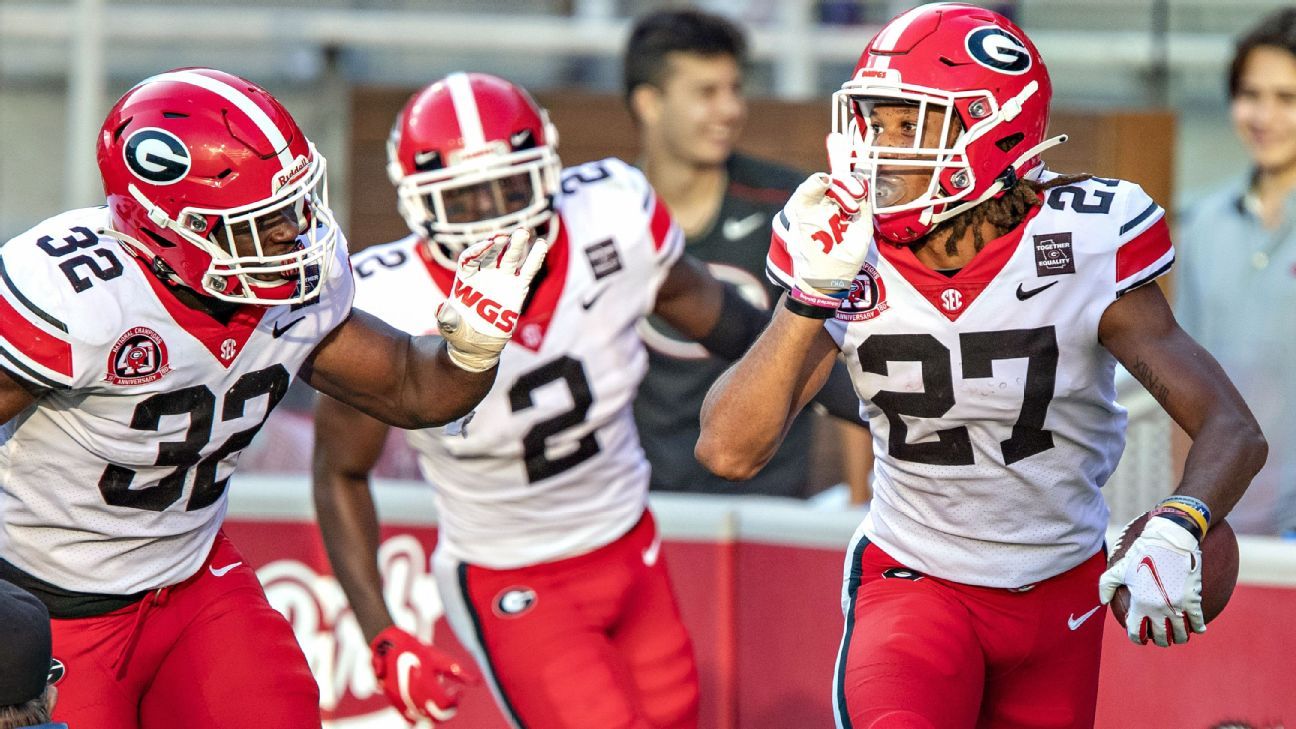 ATHENS, Ga. — Georgia has bulked up its nonconference football schedule even more, announcing a home-and-home series with Louisville in 2026-27.

The schools announced jointly Wednesday that the Bulldogs will visit Louisville on Sept. 19, 2026, while the Cardinals will be in Athens on Sept. 18, 2027.

Georgia and Louisville have met only once previously: the 2014 Belk Bowl in Charlotte, which resulted in a 37-14 victory for the Bulldogs.

The Bulldogs are now set to meet at least two — and often three — Power 5 nonconference opponents every season through 2033, including its annual game against in-state rival Georgia Tech.

This season, in addition to a return to the eight-game SEC schedule, Georgia will open against Clemson in a neutral-site contest in Charlotte, North Carolina, and close the regular season in Atlanta against Georgia Tech.

Louisville is set to open the 2021 season in Atlanta, taking on Ole Miss in the Chick-fil-A Kickoff Game at Mercedes-Benz Stadium.