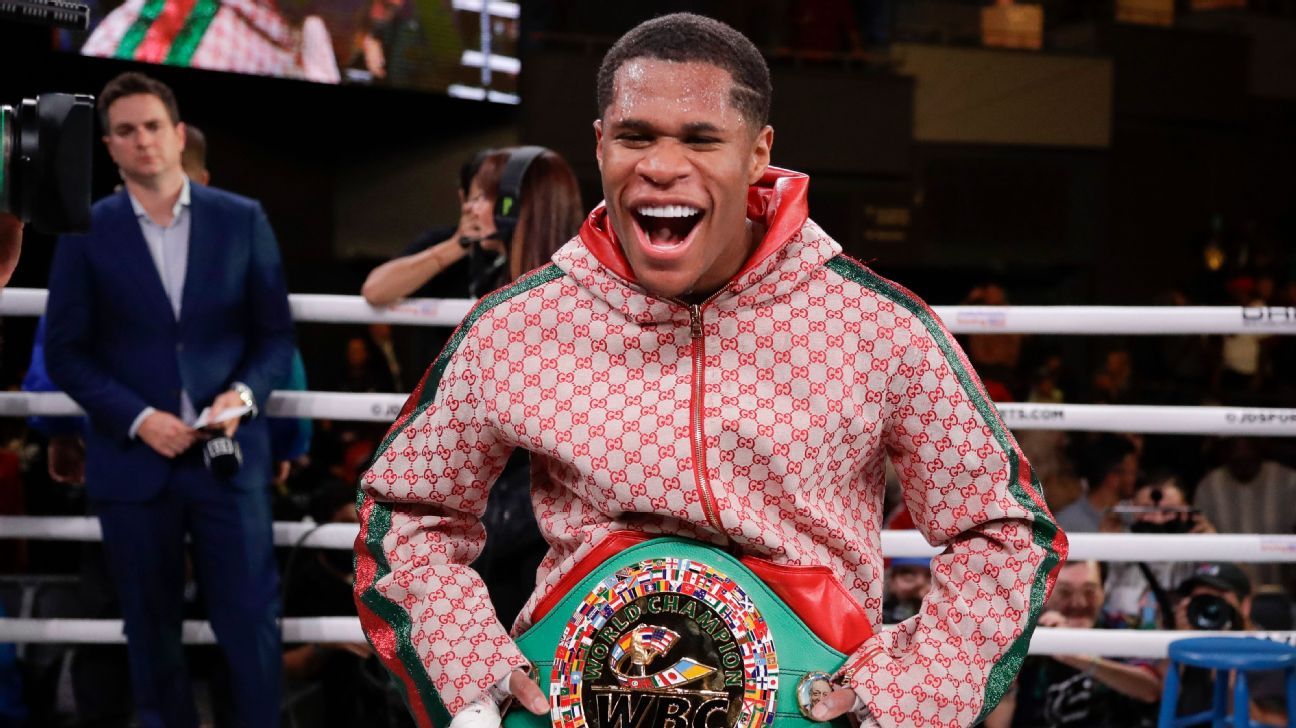 WBC world lightweight champion Devin Haney will defend his title against Jorge Linares in Las Vegas on May 29.

The 22-year-old Haney (25-0, 15 KO) will make his third title defense after unanimous decision wins over Alfredo Santiago and Yuriorkis Gamboa in November, 2020. He won the belt by defeating Zaur Abdullaev in September, 2019.

In Linares, Haney might have one of his toughest fights to date. The 35-year-old Linares is a former holder of WBA, WBC and The Ring lightweight titles. He held at least one of the belts from 2014 until 2018, when he lost to Vasiliy Lomachenko.

“I grew up watching Linares and the fact that this fight is happening in Las Vegas is incredible,” Haney said in a press release. “Boxing fans around the world are eager to see me step up in competition which is great, and I know Linares is coming to fight. I’m ready to give the fans a spectacular performance.

“The better competition brings the best out of me. Against Linares, I’m going to show the world why I’m the king of the Lightweight division.”

Linares (47-5, 29 KO) has lost two of his last five fights — he was knocked out by Lomachenko in 2018 and Pablo Cesar Cano in 2019. Linares has also knocked out Abner Cotto and Carlos Morales in that span while winning a unanimous decision over Al Toyogon.

“This is my moment to show the world that I still have a lot more to give at 135 pounds,” Linares said in a statement. “Devin Haney is a talented and quick-handed young man, but when I was his age, I had already become a world champion by snatching the title away from a real World champion like Oscar Larios.

“And now you can imagine how much more experience I have now at an age where I feel stronger and better than ever.”