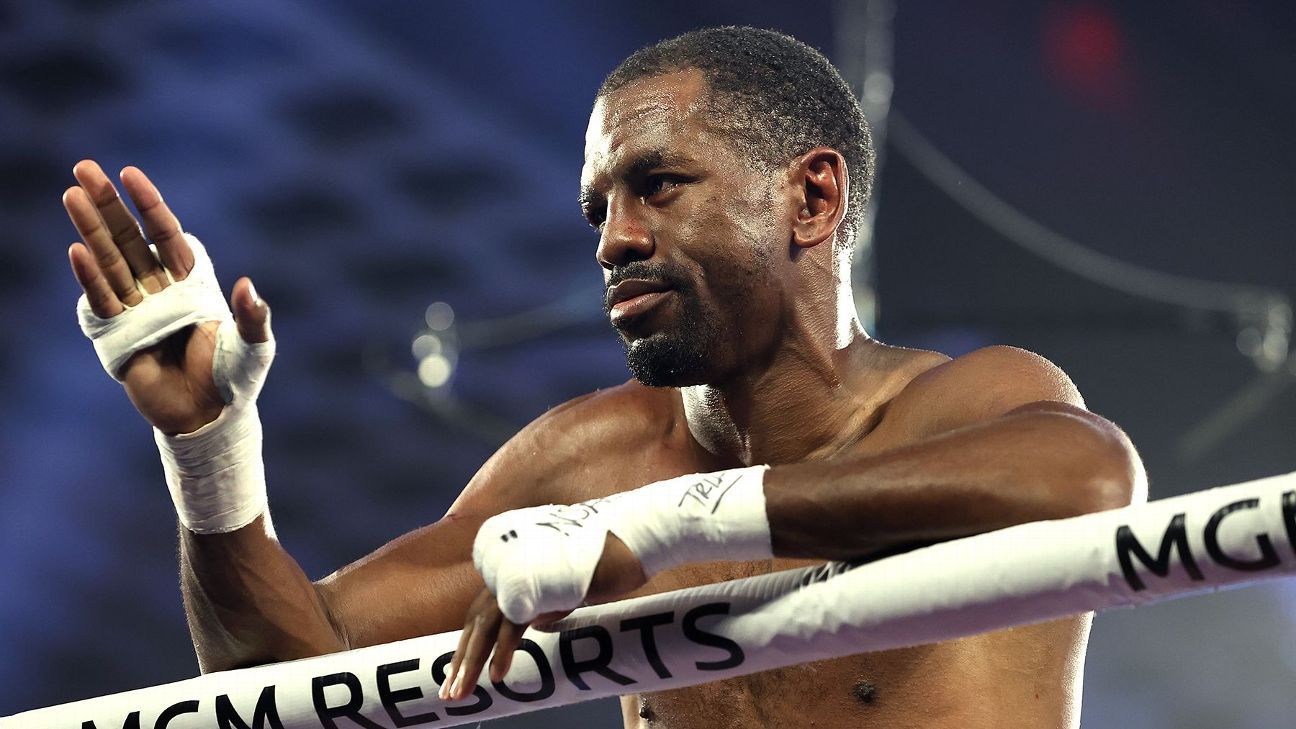 JAMEL HERRING STILL vividly remembers the day. Even 30 years later, it stands out as something he can replay in his mind if he needed to. If he wanted to. Not that he ever would.

Why would you ever want to remember the day you were taken from your mother? The day you were sent to foster care when you’re barely old enough to understand what was going on? The day your mom, Jeanine, realized she needed to straighten out her life?

Jeanine was 21 years old and pregnant with her third child on the day police came to her home on Long Island. She was young. Had made mistakes early in her life. Tried to make some fast money by selling drugs.

Jamel, four years old at the time, was home with Jeanine. His younger brother, Jarod, was in Stony Brook Hospital due to a bout with asthma. And as police were raiding their home, one of the people on the scene told Jeanine “someone was coming.” Someone turned out to be New York’s Office of Children and Family Services, and they were taking Jamel into foster care. Later, when Jeanine called the hospital to check on Jarod, she found out he was taken into foster care, too.

“I remember my mother just being upset and thinking that they just took me,” Herring said. “That’s the last thing I remember from that experience. I’m 35 years old. That one moment still sticks out.”

Herring will be defending his WBO junior lightweight title on Saturday against Carl Frampton in Dubai. He’s often told many parts of his story of how he reached this point. His time in the Marines. His bouts with PTSD. His difficult childhood. His struggles with alcohol. The death of his daughter from SIDS and raising two children who are autistic. His rise in boxing. Making the Olympics. Becoming a world champion.

But this part — one of the first parts — is something he hasn’t shared openly before.

HERRING WAS INITIALLY placed into foster care on Long Island with a family for a couple of weeks. His brother, when he was released from the hospital, joined him there. The family was fun. They let him play with toys and video games and they treated both of the Herring children well.

But most importantly, the brothers were together.

Then Herring and his brother were moved to another family — the Crews family — in Amityville, New York. Brenda Crews and her family weren’t far from where Jeanine lived in Coram, placing both of her sons close to her as she worked and went through outpatient counseling set up by the legal system to get her children back. The raid woke her up. She never wanted that — or any of this — to happen again.

“I was young. I was doing stupid things,” Jeanine said. “That’s what I meant by I have to get my life together. Like, nuh-uh, after that happened, [the case] went to court and I did everything the courts told me to do and that’s why it took how long it takes to get your kids back.”

According to Jamel, the Crews family treated the Herrings like they were their own children. They bought the brothers clothes. Jamel had a Nintendo and a Big Wheels. They made them feel loved and comfortable in what could be an uncomfortable situation.

At a time in his life when he and his brother were most vulnerable in the foster system, the Herrings felt lucky. From that experience, Jamel said he learned respect and maturity, even as a child, and how he wanted to carry himself.

Jeanine didn’t meet the Crews family until her first supervised visitation, a wait which according to Jeanine, felt like an eternity. That moment, the first visitation inside a white-walled room in the courthouse with a table inside of it, was a difficult one for her. It gave even more reality to what she had lost.

“I’m going to have feelings like, why do my kids have to be with these people and so forth, but, you know, it was a wake-up call, a maturity call as well,” Jeanine said. “I had to look at it like this. Both of them are together. They are not separated.

At that moment, Jeanine’s children didn’t understand what was happening, but she made sure they understood later because she never wanted any secrets between her and her children.

The 18 months Herring lived in foster care made a lasting impact.

THE DAY HERRING and his brother returned to live with Jeanine full-time was a joyous one. They had been building up to it, with visits getting longer as Jeanine showed the court the work she was doing to improve her life and prove she was capable of caring for her sons. When custody was granted, she made sure it was clear she had chosen her children over anything else.

The Herring brothers were also reunited full-time with a new sibling: their sister.

“I don’t even know how to describe it,” Jeanine said. “I was just so happy to have my family back and my daughter, my newborn daughter, because she wasn’t even a year old yet but seeing them, who are these two?

“She would see them here and there on the weekend, so she didn’t know until they were there permanently. I was happy. I was so happy. I don’t even know how to explain it. I was happy it was over and I was happy I could go about my life, get these kids together and move on.”

Even as the family reunited, the connection between the Herrings’ and Crews’ remained. A bond had been formed, and Jeanine was thankful for how they had taken care of her kids.

Jeanine and Herring both realize they were fortunate. Not all siblings get to stay together in foster care, or reunite with their parents. Not every family is as kind and generous and open and caring as the Crews family was to them, both during and after their time together.

“It kept on. You know, they could have came back and said, ‘See you later, good bye. I never want to see these people ever again in my life,'” Jeanine said. “No, they would still go spend weekends with [Crews], time with her. She got so used to them and so connected to them that I just couldn’t break them away from her like that.”

It’s a relationship that continued through teenage years and into adulthood. When Jamel returned from boot camp at age 18 after joining the Marines, Jeanine made sure he checked in with Crews, too. Even in the age of cell phones, Jamel still has the Crews number memorized.

“We’ve all grown as a family together,” Jamel said. “To this day I still check in with them. Even if I get too busy, Facebook, I could send a quick message to see how they are doing.

“I felt like they were a great aspect in my upbringing.”

HERRING’S TIME IN foster care helped shape him. He also thought it was yet another part of his own life that could eventually help others.

So last year, Herring decided he wanted to write a book. One that covers everything. He’d been so open about so much in his life that maybe, possibly, putting it all together could do some good.

“People come to me and say, ‘Your story could turn into a movie,'” Herring said. “But like me, I think there’s so many parts that you could dissect, that you could put into a series more than anything. I just want to get that out there for people to know all of me.

“They always see the good, the world champion, on top of the world. But they don’t always see where I came from. Where I started from.”

When Herring and his team decided to do this, they sought out an author. Rev. Odell Cleveland, based out of North Carolina, had never met Herring before. He didn’t know much about him and typically doesn’t write about athletes. Instead Cleveland wrote about nonprofit development, his own experiences with caregiving and a book about basketball coach Jerry O. Waters that was more about leadership than basketball.

Not much of a boxing fan, Cleveland initially didn’t want to take on Herring’s story. Then he listened. Learned about Herring’s past and his path. After a week of internal deliberation, Cleveland saw a truly human story, signed on to the project, beginning to work on it last November.

“He keeps going and he doesn’t complain and he’s not whiny,” Cleveland said. “That’s what said, ‘OK, Odell, let’s sit down and write this story with him. Not for him. With him.’ And that’s what I did. That’s how I got involved.”

Jamel was adamant about one thing. Cleveland had to talk with everyone for the book. That meant difficult conversations with Jeanine, who was initially somewhat hesitant, and Jamel being completely open. It was about making sure his wife, Jennifer, was OK with the book happening.

Herring hopes the book — tentatively titled ‘The Fighting Marine’ — will be an influence for a positive change or understanding in someone else.

“Any time Jamel has an idea, I encourage him to just do it if it’s something he wants to do,” Jennifer said. “But do it right at the same time. You want to make sure you don’t over-exaggerate your story. Just tell it like it is, because Jamel’s story can relate to a ton of people.”

This book is not about boxing, even though a boxer is its prime subject. It’s about a man’s life who just happens to be a boxer.

That’s what was important to Herring, why he felt he had to tell it. He’d been asked before how he wanted to be remembered, and his response was always the same. It has nothing to do with fame.

“Somebody might be going through the same scenario as I did when I was 5, 6 years old, and that may help them get through a rough patch they are going through,” Herring said. ” I’ve been through a lot as a child, and as an adult. …and I still had risen up and gotten stronger…. [and] if I can tell my story and potentially help save a life in the process, then I’ll do that.”