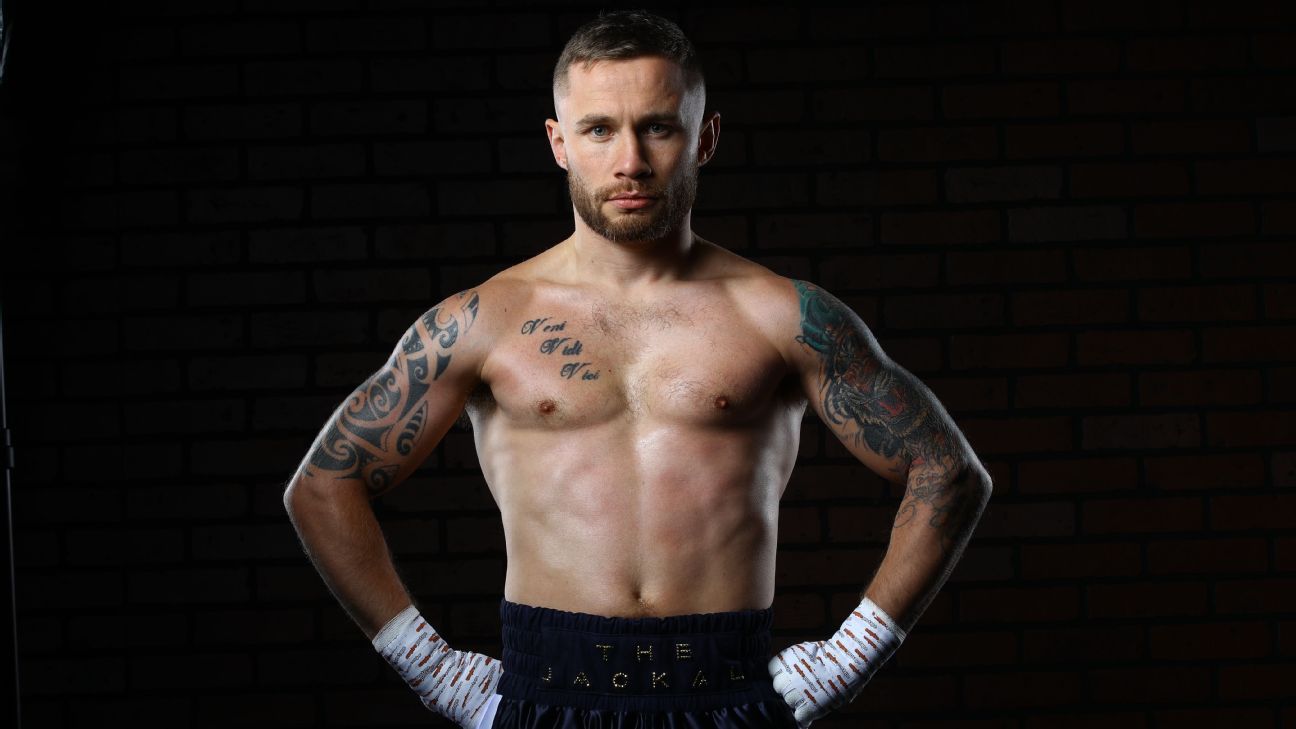 Carl Frampton believes his experience, rather than his size and reach, will be the defining factor when he challenges Jamel Herring on Saturday.

The Northern Irishman is five inches smaller than WBO junior lightweight champion Herring, who he meets at Caesars Palace Dubai, in Dubai, and will air live on ESPN+ in the United States.

Former U.S. Marine Herring (22-2, 10 KOs), 35, from Cincinnati, is five inches taller at 5ft 10in and has a seven-inch reach advantage, but Frampton has dismissed the significance of those statistics.

“Experience could be on the of the factors deciding the fight, but the final and most important factor is who is the best fighter and I feel I am the best all round fighter, I have more quality,” Frampton told ESPN.

“But I have to show people that I’m a better fighter on the night, and I genuinely feel I’m going to do a number on him. It won’t even be close.

“He’s a big guy, but I’m used to fighting big guys in sparring and have fought bigger guys my whole career.

“He will be the biggest guy I will have fought, but that excites me though, and puts fear in me. People think I’m going to just have to get close to him to land shots, but I feel I can genuinely outbox him and my footwork and hand speed is quicker than his.

“He’s been training like he has to make weight, where as I have been working on tactics.

“For me it’s been about sparring and pad work. Everything I do is catered around Jamel Herring and we had sparring partners to replicate what he does.”

Frampton also insisted previous hand injuries will not be jeopardise his attempt to become the first boxer from the Republic of Ireland or Northern Ireland to win world titles at three weight classes, and the third British boxer to do so after Duke McKenzie, Ricky Burns and Bob Fitzsimmons.

Frampton was due to face Herring in February, but the fight was postponed after the Belfast boxer pulled out two weeks before the scheduled date.

“It was my right hand, some ligament damage, nothing serious,” Frampton told ESPN.

“I did it off [English super lightweight] Jack Catterall’s forehead, it was fractured but repaired quickly, and I was back sparring quite soon after the postponement. It was nothing related to the previous hand injury.”

Frampton also had surgery on both his hands after beating Tyler McCreary in December 2019. He was also forced to pull out of his bout with Emmanuel Dominguez in August 2019 after a large ornament in a hotel lobby fell on his left hand and fractured the fifth metacarpal.

Frampton, who prepared for Herring at a gym in Manchester, England, fought once last year, a seventh-round stoppage win over Darren Traynor in August as he waited for the Herring fight to get made.

“It was an OK performance but it was hard for me to get up for a weird occasion,” Frampton told ESPN.

But with the chance to make history, Frampton won’t have any problem getting up for Herring, who makes a third title defence.

Herring last boxed in September when Jonathan Oquendo was disqualified at the end of the eighth round due to an illegal head-butt that opened a cut over Herring’s eye during the fifth.