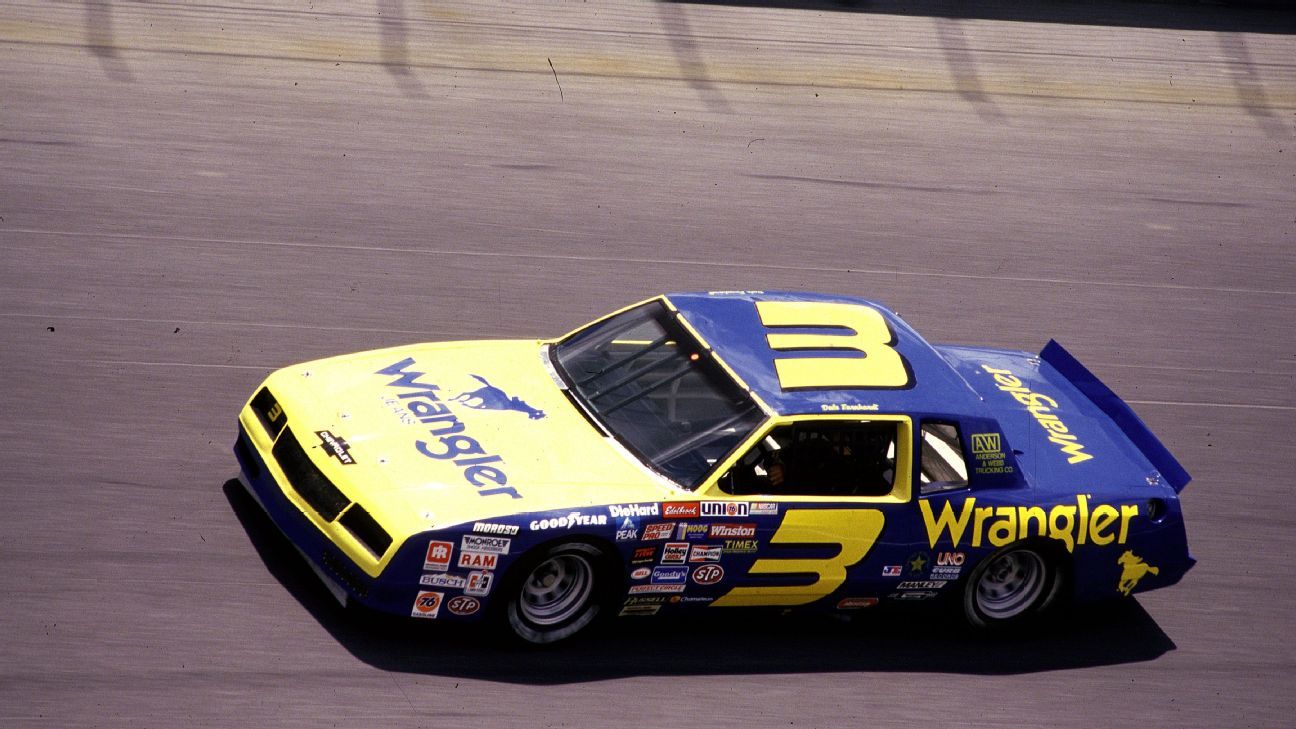 Daniel Ricciardo will get to drive Dale Earnhardt’s famous yellow and blue Wrangler NASCAR once he scores his first podium for McLaren.

Brown has made the offer to his new signing, who made his debut for McLaren at the Bahrain Grand Prix.

Earnhardt was Ricciardo’s boyhood hero and is the reason the Australian races with the number three made famous by the seven-time NASCAR champion. Ricciardo has visited NASCAR races in the past and has hinted at wanting to race in the series one day.

In a video posted to McLaren’s Twitter, Ricciardo was given a miniature collectible version of the car by Brown, who then told him he could drive the real thing once he gets his first podium for McLaren.

We know how much you enjoy a podium bet, @danielricciardo.

How does a drive of one of THE most iconic cars in @ZBrownCEO‘s heritage collection sound? 🤩🇺🇸 pic.twitter.com/yj17DLiEjM

Ricciardo has made bets around podiums before. Previous Renault team boss Cyril Abiteboul agreed Ricciardo could choose a tattoo for him if he scored a podium for the team.

Ricciardo scored a podium at the Eifel Grand Prix last year. He and Abiteboul have since left the team, but he insisted this year the tattoo will still happen at some point.