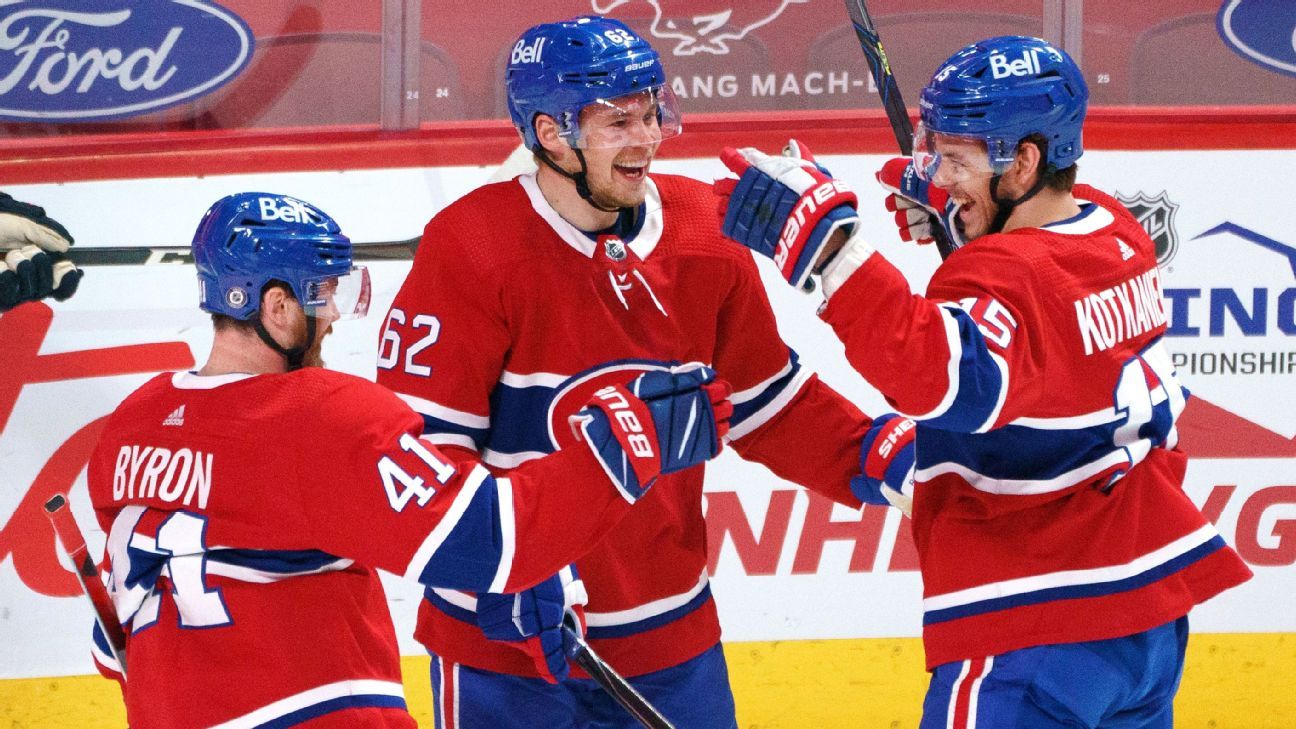 MONTREAL — The wait was worth it for the Montreal Canadiens.

Brendan Gallagher and Artturi Lehkonen each had a goal and an assist as Montreal returned from a lengthy break due to COVID-19 protocols and blanked the Edmonton Oilers 4-0 on Tuesday night.

Montreal was playing for the first time since a 5-4 home shootout victory over the Vancouver Canucks on March 20. Two days later, Jesperi Kotkaniemi and Joel Armia went on the NHL’s COVID list. As a result, the Canadiens had four games postponed — three with Edmonton and another against Ottawa.

With their revised schedule, the Canadiens — in the No. 4 ployoff position in the North Division with games in hand on their competition below them — faces playing their remaining 24 games in 42 days. Kotkaniemi was removed from the COVID list Monday and scored Tuesday. Armia remains sidelined.

Tomas Tatar also scored for Montreal (15-8-9). Carey Price stopped 16 shots for the shutout, his first of the season and the 49th of his career.

Connor McDavid had a goal disallowed for Edmonton (22-14-1), which was coming off a 3-2 overtime road win over the Toronto Maple Leafs on Monday night. McDavid had his 11-game point streak (seven goals, 16 assists) snapped, yet still leads the NHL in scoring with 63 points (21 goals, 42 assists).

Mikko Koskinen finished with 28 saves in the loss for the Oilers, who are in the No. 3 playoff spot in the North.

Montreal is still without Tyler Toffoli (lower-body injury), who has a team-high 18 goals. Eric Staal, acquired from Buffalo on Friday for 2021 third- and fifth-round picks, didn’t play as he must serve a mandatory quarantine first for moving from an American to a Canadian team.

Kotkaniemi needed just 18 seconds to open the scoring with his fifth of the season. After Kotkaniemi converted Paul Byron‘s centering pass, Montreal went on the power play following Edmonton’s challenge of the goal being unsuccessful.

After failing to convert on the power play, Montreal went ahead 2-0 on Lehkonen’s third of the year at 3:23. It took Edmonton more than five minutes to register its first shot on goal after the Canadiens had eight.

Gallagher gave Montreal its three-goal advantage at 15:59, diving to tap in a rebound for his 13th goal as the Canadiens outshot Edmonton 15-7.

McDavid scored what would’ve been his 22nd goal at 13:55 of the second, but it was called off by a successful Montreal offside challenge.

The Canadiens countered with Tatar’s seventh of the season following a long setup pass from Danault at 17:54.

Veteran forward Michael Frolik made his season debut for Montreal. The 33-year-old winger signed a one-year contract as a free agent during the off-season and had been on the team’s taxi squad.