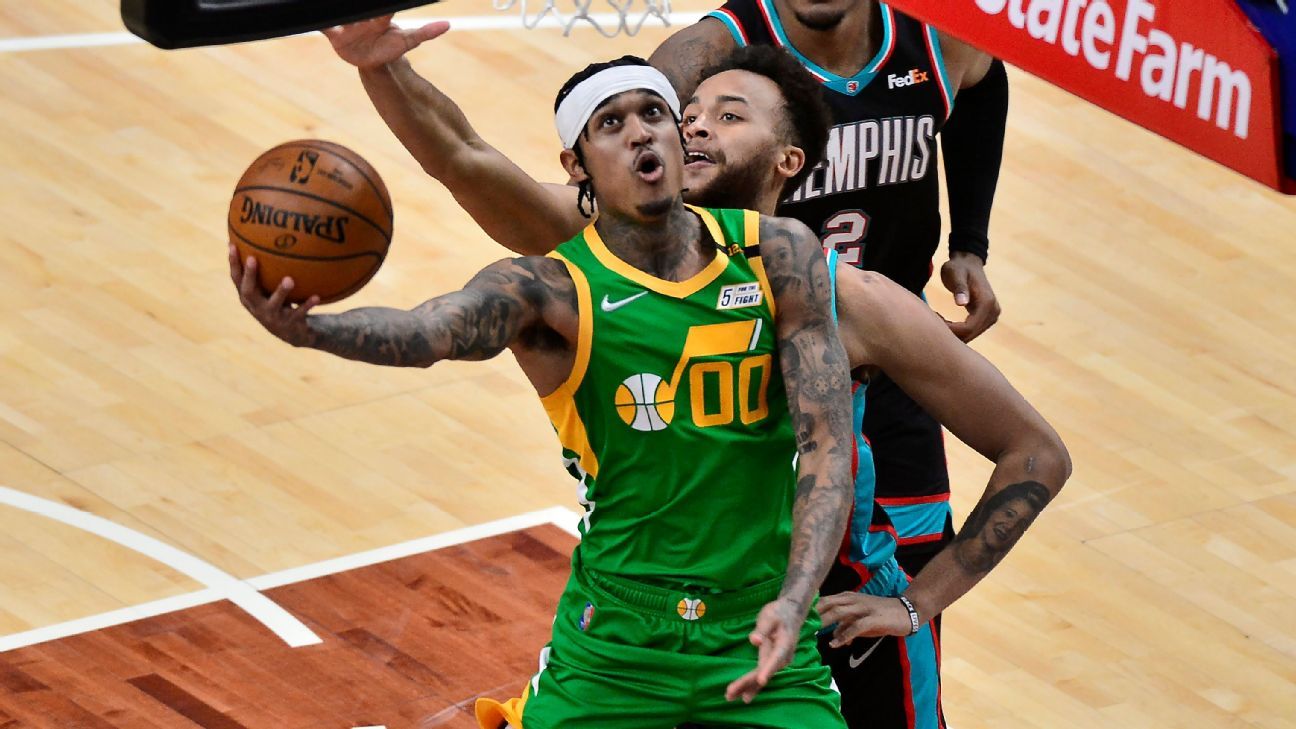 Members of the Utah Jazz feared for their lives after the team’s charter plane collided with a flock of birds shortly after takeoff Tuesday, causing an engine fire and failure and forcing an emergency landing.

“For a good 10 or 15 minutes, I think all of us on that flight were questioning if we were going to be here today,” Jazz point guard Mike Conley said after Wednesday’s 111-107 win over the Memphis Grizzlies. “That’s how serious it was for us. I can’t speak for everybody, but I know that guys were trying to text family just in case, you know? It was that kind of situation.”

Jazz star Donovan Mitchell missed Wednesday’s game due to what the team termed “personal reasons.” Mitchell, who has discussed a fear of flying in the past, did not join the team on its flight from Salt Lake City to Memphis that took off hours after the emergency landing.

“It got to that point where we were all on the plane like, ‘This might be really the end,'” Jazz sixth man Jordan Clarkson said. “I mean, it was a crazy situation. I understand fully why Don didn’t come.”

Mitchell playfully tweeted support of his teammates throughout the win over the Grizzlies.

During his pregame media availability, Utah coach Quin Snyder declined to answer a question about whether Tuesday’s frightening incident could impact Mitchell’s availability for future road games. The Jazz, who have a home back-to-back this weekend, are next scheduled to play on the road Monday in Dallas.

Snyder said the Jazz met Wednesday morning in Memphis to help each other process the terrifying experience.

“I don’t know that an experience like that is just suddenly passed on and away,” Snyder said. “Everybody’s impacted in different ways, all very significant. And it wasn’t something that we were going to solve by just talking through everything, but I think it was important to acknowledge what we all went through [Tuesday], and, really, that same feeling of gratitude and appreciation for the fragility that we all live with, sometimes without being aware of it.”

Conley said it felt like there was an explosion on the plane, a Delta charter. He said the plane immediately started to bounce and tilt left, and people in the back saw flames as altitude dropped on the flight.

“Nobody knows. Everybody’s just quiet,” said Conley, who had 26 points and seven assists in the win over the Grizzlies. “It took the pilots probably five to 10 minutes, probably about 10 minutes, to go through everything, go through their checks and get back to us and let us know what was going on. Because it was obvious that something was really wrong with the plane.

“It felt like the plane was breaking apart in midair. For five or 10 minutes, it felt like complete helplessness. We’re thankful it wasn’t as serious as it could have been, but it was scary.”

Snyder, Clarkson and Conley each praised the pilots for their calm, professionalism and expertise in executing the emergency landing.

“It’s definitely something, an experience, that we’re happy to be able to tell,” Clarkson said. “A lot of us really came to a point … at least 30 seconds in that flight, everybody came to the point where it was like, ‘Man, it might be over for us.’ It’s sad to say that. I don’t play with death or anything like that.

“It’s just something that we’ve got to push through and come together and keep going, stay strong, support each other. How much time we’ve got to take off, or talking to our mental health people or whatever it is, that’s a serious situation if you’ve never been faced with life and death.”