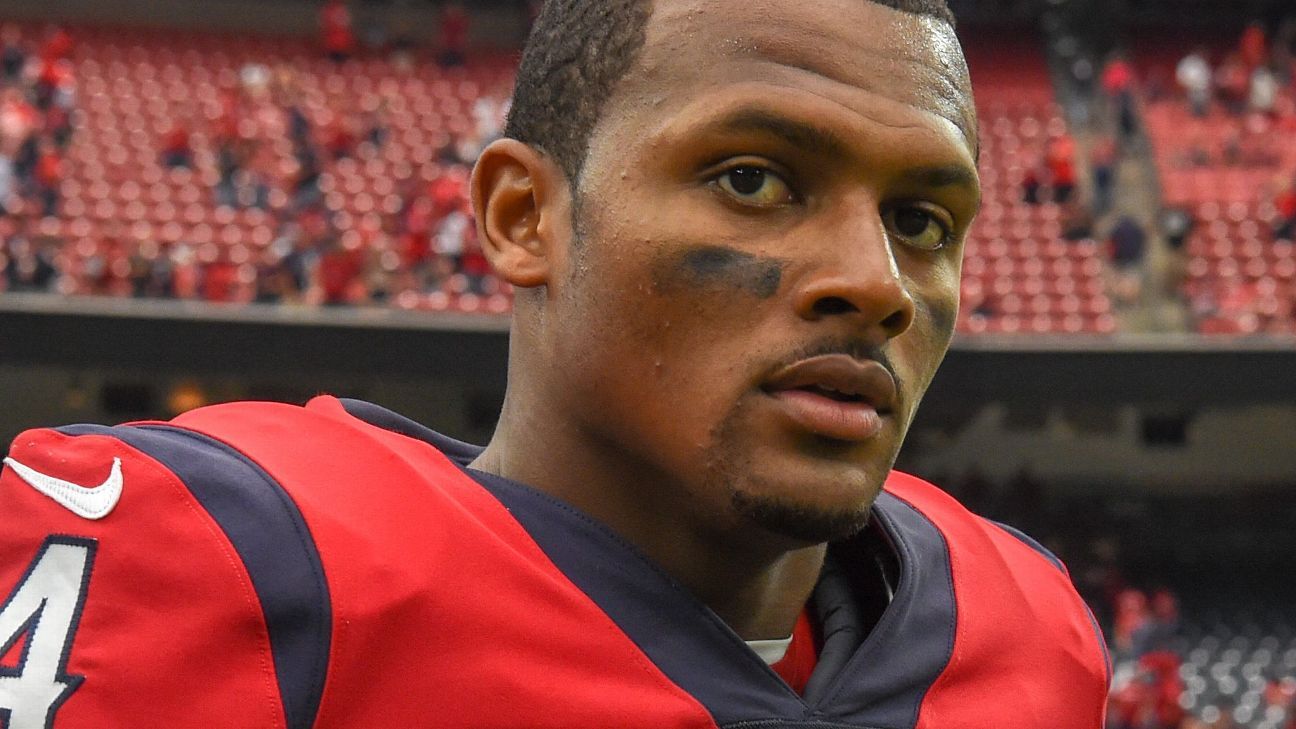 HOUSTON — Two more lawsuits alleging sexual assault and inappropriate behavior were filed against Deshaun Watson on Tuesday evening, including one that states the Houston Texans quarterback has “unsent” messages on Instagram and has contacted the women who had previously massaged him “through intermediaries.”

That statement in the lawsuit clarifies the contents of a lawsuit filed by Houston attorney Tony Buzbee on Sunday night that said Watson was deleting Instagram messages and contacting the women “who formally provided him massages, in an attempt to settle” those cases.

On Monday, Watson’s lawyer, Rusty Hardin, said in a statement that Watson has not deleted any Instagram messages over the past two weeks and “categorically” denied that his client contacted any of the women directly.

“Like a lot of people, Deshaun regularly deletes past Instagram messages,” Hardin said. “That said, he has not deleted any messages since March 15th, the day before the first lawsuit was filed. We categorically deny that he has reached out directly to his accusers in an attempt to settle these cases.”

In addition to the two new lawsuits, Buzbee posted on Instagram on Tuesday night that he now doesn’t feel comfortable going to the Houston Police Department with any information and that he and his clients “will go elsewhere to provide our evidence to investigative authorities.” Earlier this month, Buzbee said he would submit affidavits and evidence from several women to the Houston PD and the Houston district attorney.

The two new lawsuits, which were available Wednesday morning on the Harris County District Clerk’s website, bring the total number of lawsuits filed against Watson to 21.

One of the lawsuits alleges that Watson “made obscene sexual gestures,” and the second says that over the course of four sessions, Watson “purposely” exposed himself to the massage therapist and touched her with his penis and ultimately groped her, coerced her into oral sex and ejaculated on her.

Watson has publicly denied any wrongdoing, and Hardin said last week that he believes “any allegation that Deshaun forced a woman to commit a sexual act is completely false.”

NFL spokesperson Brian McCarthy has stated that “the matter is under review” pertaining to the league’s personal conduct policy, and the Texans said in a statement that they would stay in close contact with the NFL during its investigation.

“We monitor these cases, and if it results in an investigation by the league with respect to the personal conduct policy, we’ll become involved in that,” Smith said during an interview with ESPN’s Keyshawn, JWill & Zubin. “Other than that — you know historically I don’t comment on open cases — but we are continuing to monitor it as it might impact this young man and the personal conduct policy.”