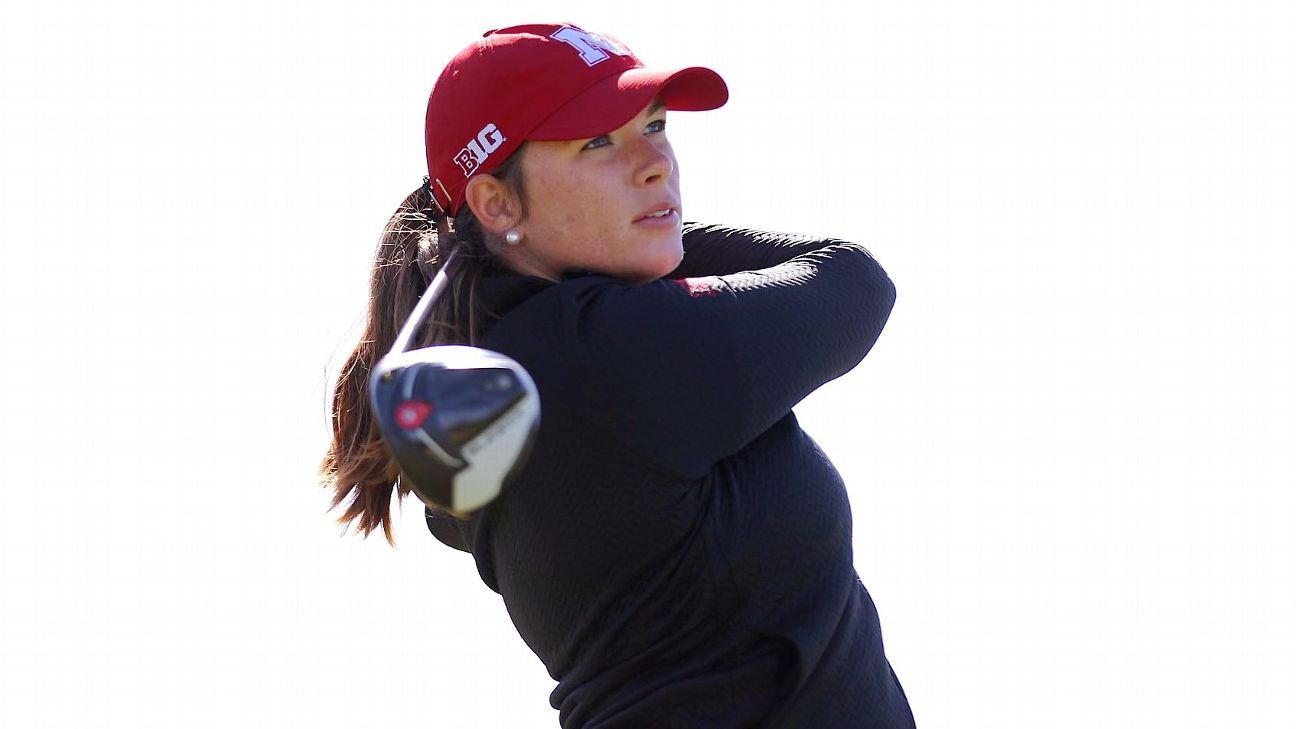 AUGUSTA, Ga. — Kate Smith made four birdies in 11 holes until rain interrupted the opening round of the Augusta National Women’s Amateur on Wednesday.

Smith, a fifth-year senior at Nebraska who won her first college title two weeks ago, was at 4-under par. The opening round was to resume at Champions Retreat on Thursday morning.

Houston sophomore Karen Fredgaard of Denmark (15 holes), Tampa junior Kiira Riihijarvi of Finland (13 holes) and Linn Grant of Sweden (12 holes) also were at 1 under when play was suspended.

Grant played at Arizona State and tied for 23rd in the U.S. Women’s Open in December, where she played in the final group on the weekend at Champions Golf Club.

Smith qualified as one of the top 30 Americans from the women’s amateur world ranking. She now is at No. 134 following her win at Sugar Bowl Intercollegiate in New Orleans. It was her third straight top-10 finish.

Smith, who got a fifth year at Nebraska because of the pandemic, had time to study her 7-foot par putt on No. 12 before the horn sounded to stop play.

“As long as you’re hitting greens, there’s an opportunity to make birdies. So I was hitting the ball well, hitting my long irons well with a lot of chances for birdie. So it was a fun round,” Smith said. “I’m excited to finish it sometime soon.”

The 82-player field is at Champions Retreat the opening two rounds, and the 36-hole cut is for 30 players. A sudden-death playoff would be used to reach 30 players.

After a practice round Friday at Augusta National, the final round is at the home of the Masters. This is the second edition of the Augusta National Women’s Amateur. Jennifer Kupcho won the inaugural event in 2019, and it was canceled last year because of COVID-19.

Zhang played that year and made the cut to get to Augusta National, where she tied for 17th. She said she was more wide-eyed as a 15-year-old. She returns as the U.S. Women’s Amateur champion who was low amateur at the ANA Inspiration in California in September.

“It doesn’t exactly feel different because I’m still playing with the best amateurs in the world, so I’ve still got to keep my head low and try my best on every single shot,” Zhang said. “But I think two years ago, I was definitely the youngest. So I was just trying to take in everything. But this year I’m just trying to play golf on the course.”