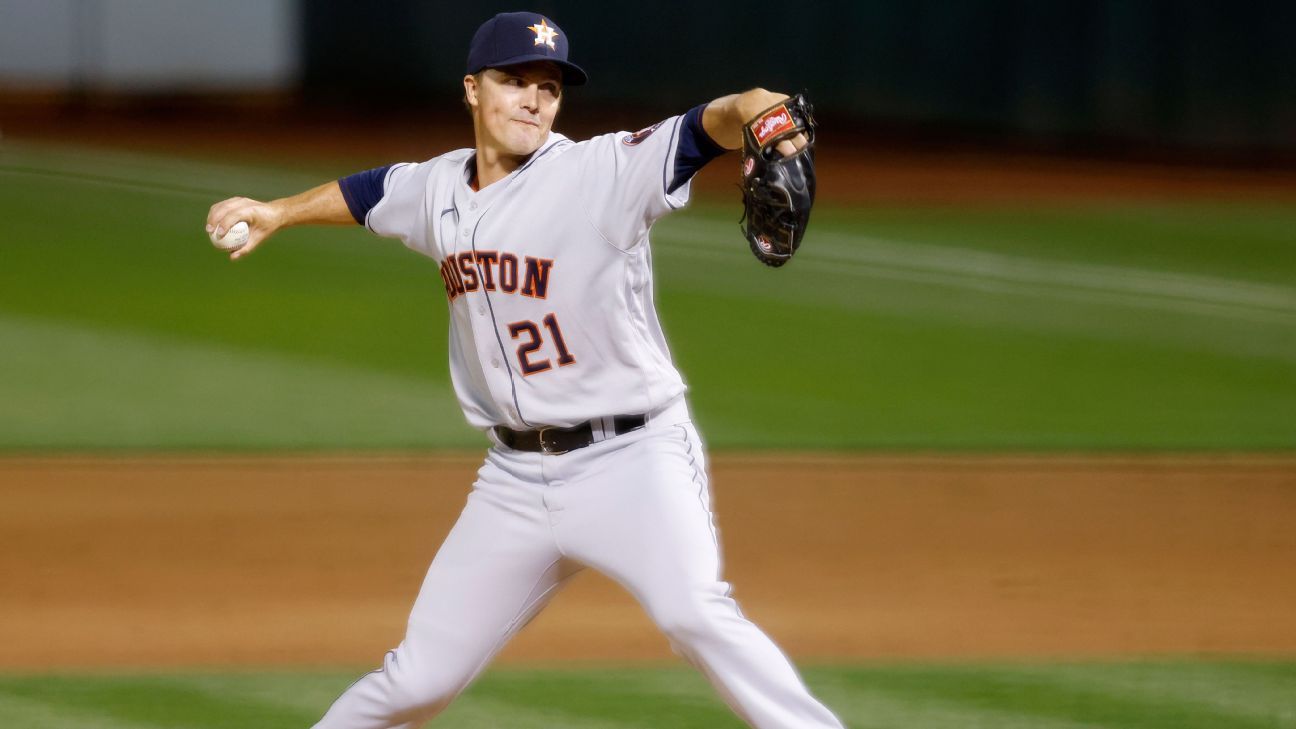 Zack Greinke helped the Houston Astros hush an unwelcoming crowd in Oakland on Thursday night and said he hopes the team can silence some of the haters by continuing to win.

A’s fans had to wait an extra year to properly boo the Astros, who were supposed to play their first road game of the 2020 season in Oakland last spring before the coronavirus pandemic altered the schedule. Houston’s sign-stealing scandal was brought to light by A’s right-hander Mike Fiers against his former club, and many in the crowd at the Coliseum chanted “cheaters!”

Fans also booed the Astros during pregame introductions, and some held up signs with trash cans on them.

“Got to hear some boos, finally. That wasn’t fun to listen to, I didn’t think, but we played good so it didn’t matter,” Greinke said. “Hopefully we’ll keep playing good and it won’t be as big of an issue.”

Among the biggest cheers of the night came when Houston’s Carlos Correa was drilled by A’s starter Chris Bassitt‘s fastball in the fourth inning with a runner in scoring position and the Astros leading 1-0.

In the eighth, A’s reliever Adam Kolarek gave up consecutive homers to Brantley and Bregman to make the score 5-1 and issued a one-out walk to Correa, before hitting Yordan Alvarez with a pitch. That prompted manager Bob Melvin to pull Kolarek, who got an ovation from the crowd as he headed for the dugout.

“That’s fine,” Brantley said. “This is a veteran team. We’ve been in the World Series, we’ve been in the playoffs. The guys know how to compete day in and day out. They can boo, they can yell, they can do whatever they want. But at the end of the day we have each other’s backs, and that’s all that matters.”

Thursday’s game drew a sellout of 10,436, with the ballpark at 20% capacity as baseball fans returned to the Coliseum for the first time since the A’s lost at home to Tampa Bay in the AL wild-card game on Oct. 2, 2019.

Houston lost all but one of eight games in Oakland in 2020 before eliminating the A’s in a four-game division series last fall.