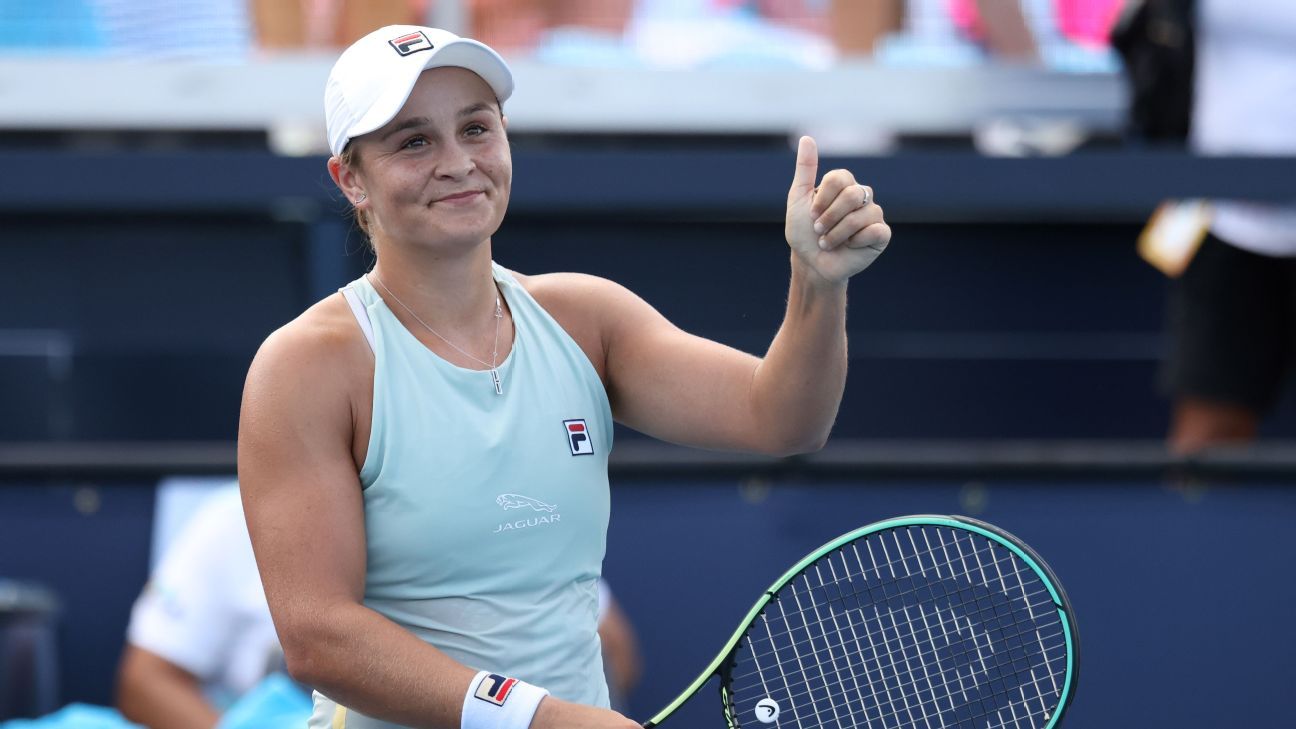 MIAMI — Defending champion Ash Barty returned to the final of the Miami Open by beating No. 5-seeded Elina Svitolina 6-3, 6-3 on Thursday.

On Saturday, Barty will play the winner of the second semifinal between No. 8 Bianca Andreescu and No. 23 Maria Sakkari.

Barty is assured of retaining her No. 1 ranking next week. She won the Miami title in 2019, and the event was canceled last year at the start of the coronavirus pandemic.

Barty has gained momentum after starting the tournament by saving a match point against qualifier Kristina Kucova. That was Barty’s first match outside her native Australia since February 2020.

Barty had been 1-5 previously against Svitolina but took charge with two early breaks and used her strong serve and deep slices to keep the Ukrainian on the defensive.

Midway through the second set, Svitolina made a rare trip to the net, and Barty responded with a perfect lob winner that drew an appreciative pat of the racket strings from her opponent. On match point, Barty closed out the victory with a forehand winner and a fist pump.