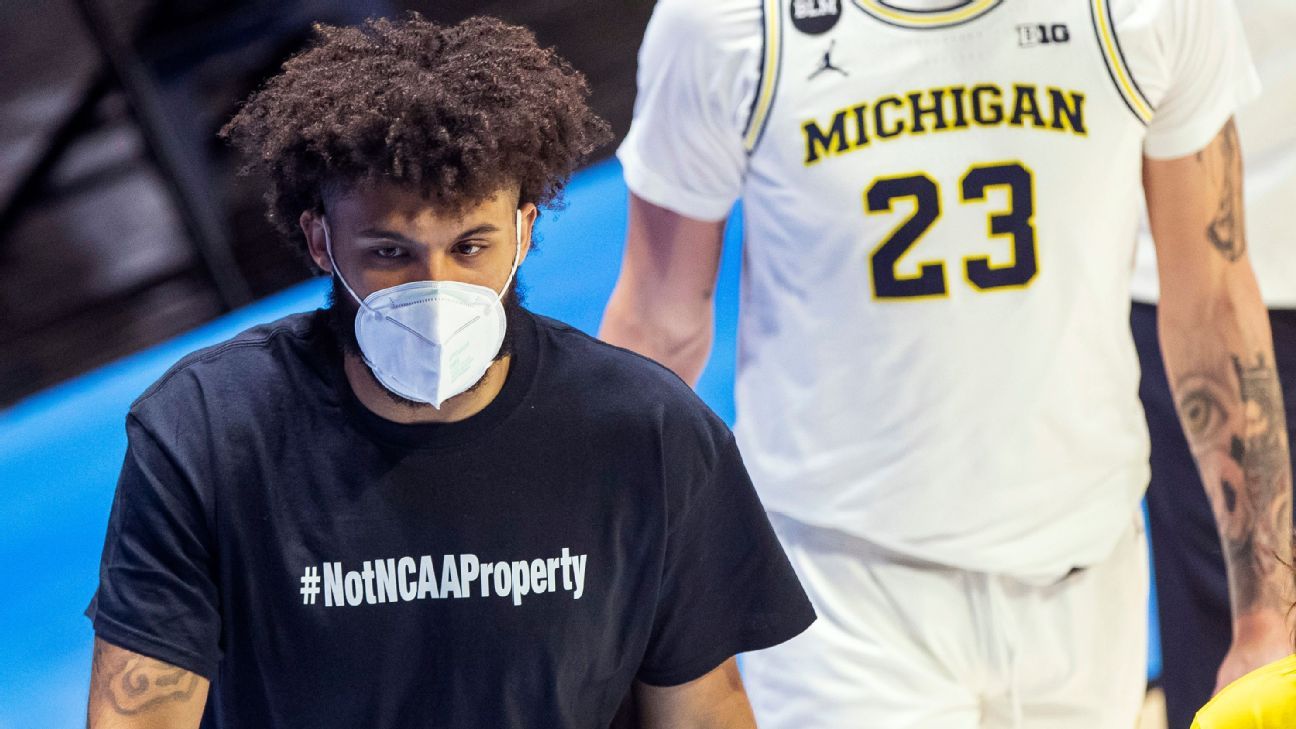 A trio of college basketball players met with NCAA president Mark Emmert on Thursday and asked the association to adopt a temporary blanket waiver that would allow all athletes to make money from endorsement deals next school year while more permanent decisions take shape.

Michigan‘s Isaiah Livers, Iowa‘s Jordan Bohannon and Rutgers‘ Geo Baker requested a chance to speak directly with Emmert after starting a social-media driven protest during their time in Indianapolis for the NCAA tournament. Using the hashtag #NotNCAAProperty, the players have tried to raise awareness throughout the month for what they see as unfair treatment of college athletes — both a lack of ability to make money and disparities between the way male and female athletes were treated at their respective tournaments this year.

The players say they asked for several of their female counterparts to be included in Thursday’s meeting, but Emmert declined to meet with anyone other than the three men who were first to step forward as leaders of the protest.

They asked Emmert to endorse the idea that all NCAA schools should be required to follow Title IX rules that require schools provide equal opportunities and support to their male and female athletes. Emmert was receptive immediately, they said, but also reminded the players that the NCAA is not required to meet Title IX standards.

The players say Emmert told them he would “get back to us” on their request for a blanket waiver for name, image and likeness deals in the coming year. Baker explained that their idea is to fix the problem quickly while also providing flexibility for future changes to those rules as details are debated by state and federal lawmakers, courts and NCAA officials.

All three players said they weren’t optimistic that Emmert would take any swift action.

“Our meeting was the same thing he’s doing in the public,” Bohannon said. “A lot of talk and he’s waiting on Congress to decide on legislation.”

Emmert is scheduled to host a news conference Thursday afternoon in Indianapolis.

The NCAA postponed a vote on changing its name, image and likeness rules in January. Emmert and the NCAA have asked federal lawmakers to create a national rule that would open opportunities for college athletes to make money with some restrictions on the types of deals they could sign. Several states have also passed legislation that will make the NCAA’s current rules illegal. Those laws are scheduled to start going into effect as soon as this July.

The players met with Senators Cory Booker and Richard Blumenthal immediately following their call with Emmert. Booker and Blumenthal co-authored a bill last year that would bring wide-sweeping reform to college sports that pushes the NCAA to go beyond NIL rights in providing more for athletes. Their proposal is one of a handful of options on the table if Congress chooses to act in the near future.

Booker and Blumenthal adamantly disagreed with the idea that the NCAA needed to wait on Congress before creating its own rule changes. In a meeting with reporters and several men’s and women’s basketball players Thursday morning, Booker said the NCAA’s current rules are “tantamount to exploitation.”

Blumenthal criticized Emmert’s lack of action and the way he handled Thursday’s meeting.

The players say the plan is to meet with Emmert again in the future and hope to be included in other meetings with NCAA decision-makers.