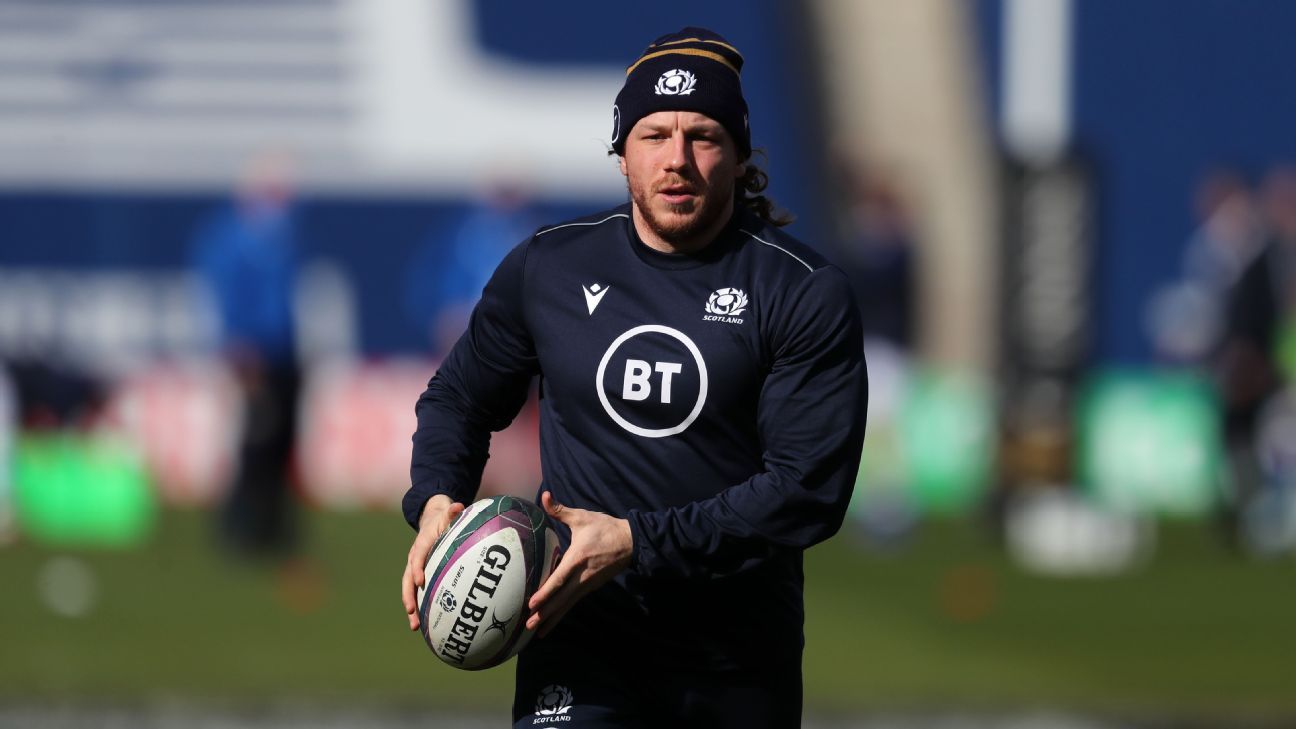 Scotland flanker Hamish Watson was named the 2021 Six Nations player of the championship after securing 35% of more than 125,000 votes cast by fans, the tournament’s organisers said on Friday.

Watson put in a string of fine performances as Scotland beat England at Twickenham for the first time since 1983 before beating France for a first victory in Paris since 1999.

Watson missed only 14 minutes in five matches during the campaign and the 29-year-old successfully made all 55 tackles attempted as well as scoring one try and carrying 67 times for 321 metres.

“I’m very surprised, obviously loads of top players were up for the award,” Watson said in a statement.

“I think when you do win something like that, it’s full credit to the team I’m in as well and to all of the guys who have won it previously.”

“It shows what good teams you’re playing for. The Scotland team we’re all playing in at the moment is a great team and we really believe we can achieve things in the next few years.

“We think we’re heading in the right direction and full credit to the whole team because without them, boys can’t win these personal accolades.”