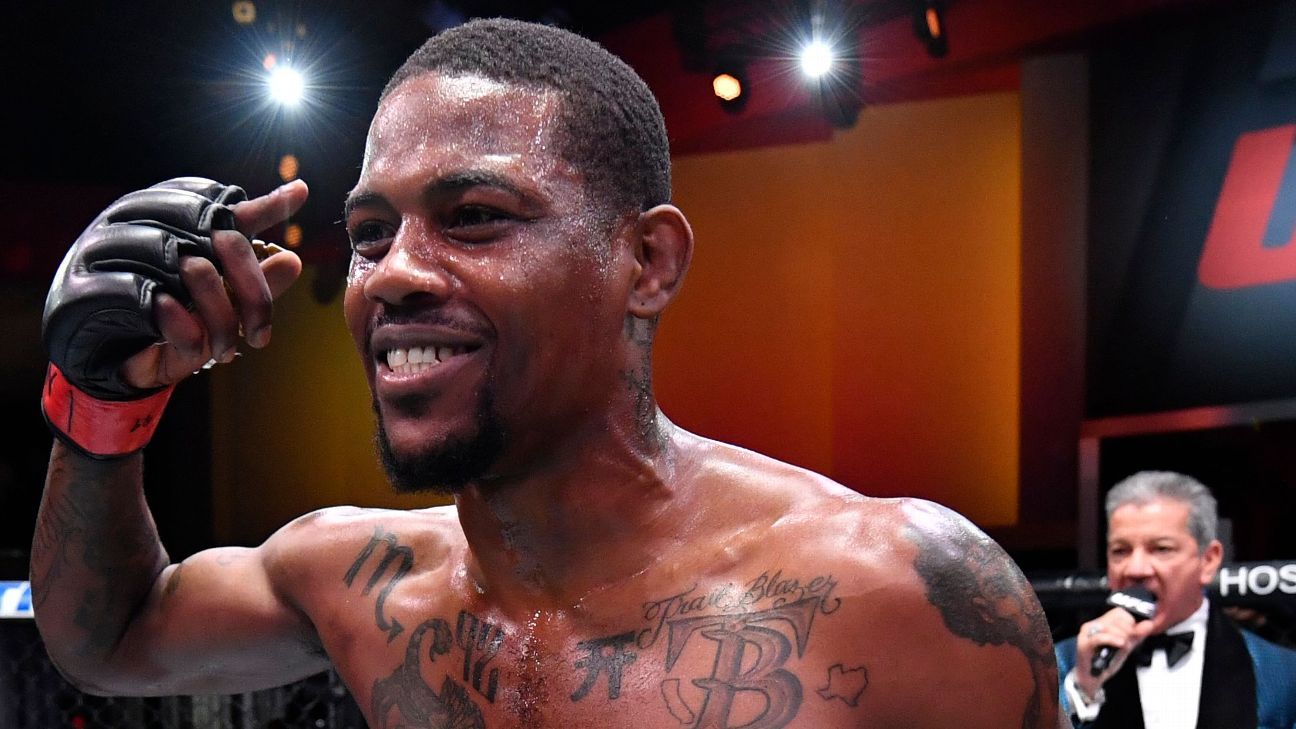 Middleweight contender Kevin Holland will step in and fight Marvin Vettori on short notice in the five-round main event of UFC Fight Night on April 10 in Las Vegas, sources told ESPN on Thursday.

Vettori’s original opponent, Darren Till, withdrew Tuesday because of a broken collarbone.

Holland just fought March 20, a unanimous decision loss to Derek Brunson in another main event bout. The 21-day turnaround for Holland will tie him with Deiveson Figueiredo and Michael Bisping for the shortest time in between two main event bouts in UFC history. Figueiredo did it last December and Bisping in 2017.

Holland (21-6) went 5-0 in 2020, the most wins in a calendar year for a UFC middleweight fighter ever and tied for the most in any division with Roger Huerta and Neil Magny.

Along with his frequent fighting, the Texas native is known for talking trash throughout his fights. Against Brunson, Holland was having a conversation with UFC lightweight champion Khabib Nurmagomedov, who was sitting cageside. Holland, 28, has won eight of his past 10 fights overall.

Vettori (16-4-1) is ESPN’s No. 8-ranked middleweight in the world. The Italy native is coming off a unanimous decision win over Jack Hermansson in December. Vettori, 27, has won four in a row and his only loss in his past seven bouts came against current UFC middleweight champion Israel Adesanya.