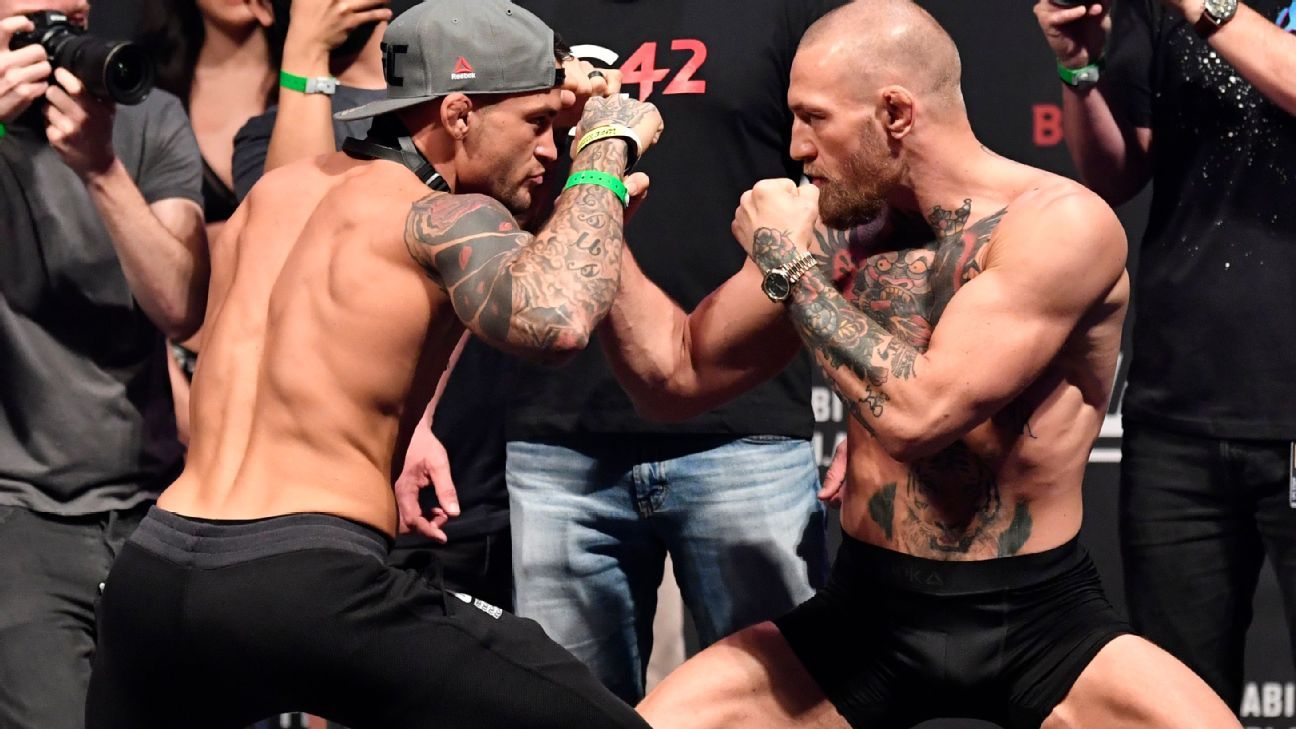 Dustin Poirier has officially signed his contract to fight Conor McGregor at UFC 264 on July 10, according to multiple sources.

McGregor, sources say, had already agreed to the fight weeks ago. He made it clear following his loss to Poirier earlier this year that he wanted to run it back with Poirier right away.

Poirier defeated McGregor in January via second-round TKO in a rematch of a fight that first happened in 2014. Back then, at UFC 178, McGregor defeated Poirier via first-round TKO.

The trilogy, which is expected to be one of the most lucrative in UFC history, is slated to serve as a five-round main event at 155 pounds, just like the rematch was. The original fight took place at 145 pounds.

McGregor (22-5) will be looking to secure his first win since January 2020, while Poirier (27-6, 1 NC) will hope to extend his winning streak to three in a row. The winner of this fight could very well be next in line for a lightweight title shot, though that stipulation hasn’t been announced just yet.

The location for the event hasn’t been announced yet, though it is expected to be open to fans, sources say.