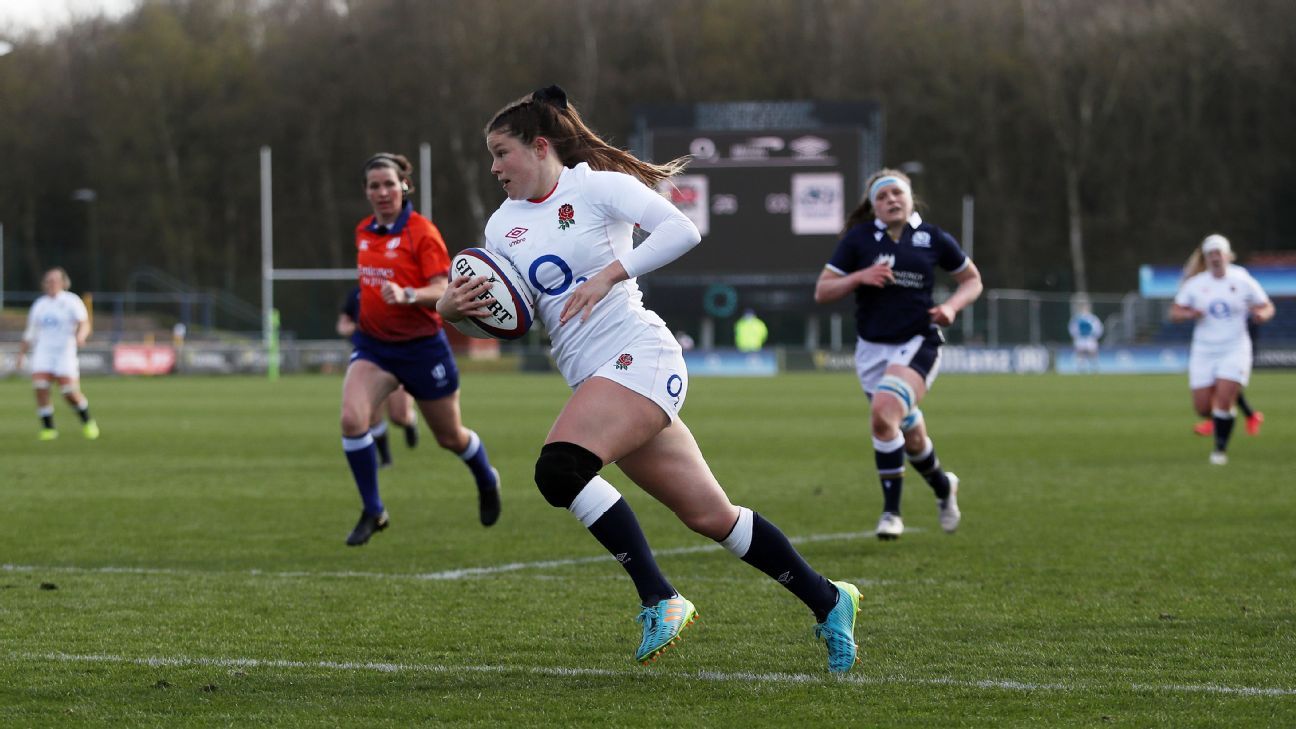 Champions England were off to a flying start in their women’s Six Nations title defence as they beat Scotland 52-10 in a dominant performance in a Pool A encounter on Saturday.

The postponed tournament is being played in a condensed format with two pools of three teams each, with the pool toppers playing each other in the final.

England went ahead in the eighth minute when their forwards completed a series of quick offloads before Marlie Packer went over. Leanne Riley got England’s second with some fancy footwork to shrug off challenges before diving through the crowd.

Scotland, who failed to score a single point against England in the previous two editions, managed to tick the scoreboard over when Riley conceded a penalty for an offside infringement and Helen Nelson converted.

But hooker Lark Davies soon converted England’s third try as Scotland tried desperately to stop their maul before that was topped by a bonus point try from Bryony Cleall, who was set up by her identical twin sister Poppy.

After England’s show of power, it was Jess Breach’s turn to display their speed on the wing and the 23-year-old managed to race past two tackles before side-stepping a third for their fifth try of the half.

In the second half, England picked up where they left off as Helena Rowland scored her first international try after Breach broke through the Scotland defence yet again with sublime ease on the wing.

Scotland scored their first try when Poppy was sent to the sin bin for a yellow card and they used the numerical advantage to score when Hannah Smith went over.

England were reduced to 13 when Davies was also sent to the sin bin for a tackle that made contact with Siobhan Cattigan’s chin but Scotland soon received a red card when Molly Wright was sent off for a high tackle on Cornborough.

Poppy returned with a vengeance and after another powerful maul, she emerged from a pile of bodies to claim their seventh try before England finished things off with a penalty try when Scotland brought down a maul close to the line.