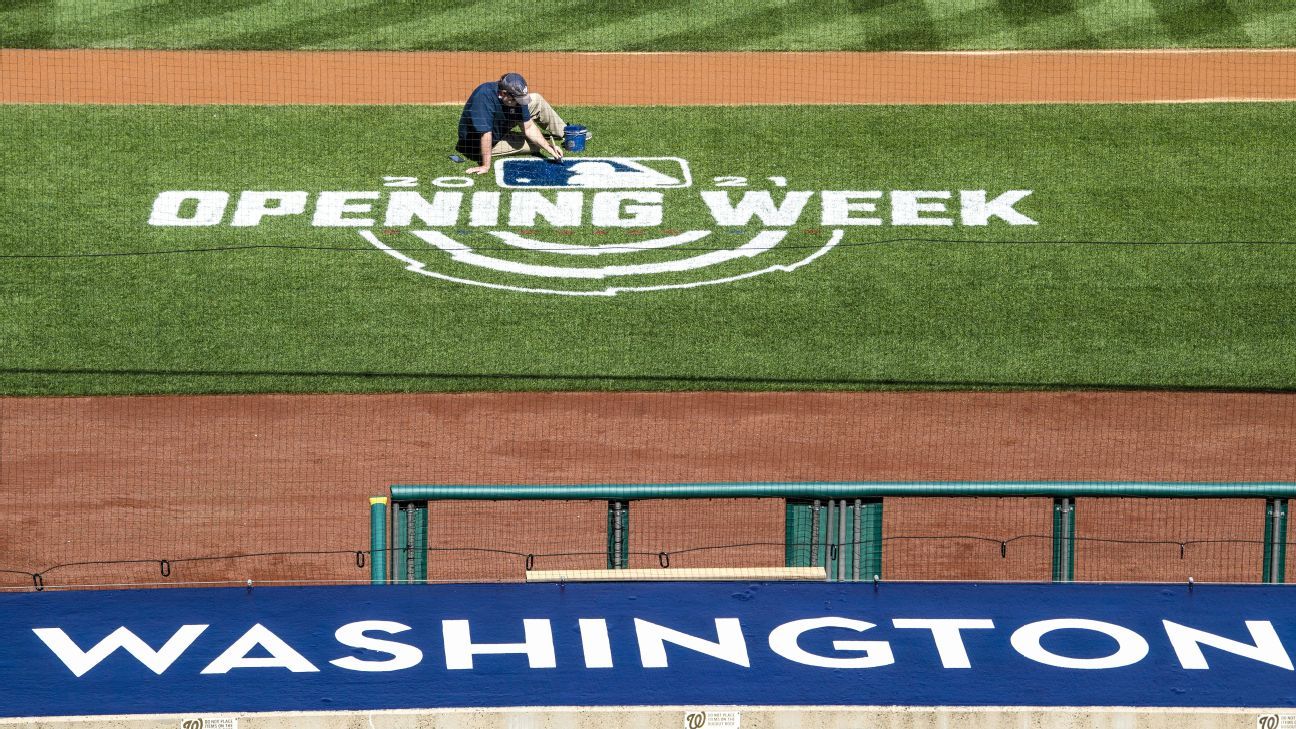 The season-opening series between the Nationals and Mets was postponed Friday as the fallout from a COVID-19 outbreak among the Nationals cast into question when Washington’s season would begin.

At least three Nationals players have tested positive, and the team suspects another player with an inconclusive result is positive as well, leading to the postponement of their scheduled Opening Day game Thursday. Games on Saturday and Sunday were postponed as well and will be made up throughout the rest of the season, as the teams are scheduled to play 19 games against each other as National League East rivals.

The Mets will begin their season Monday in Philadelphia. When Washington plays will depend on the results of contact tracing the team has undertaken in the wake of the outbreak.

Nationals players and staff have remained isolated in recent days, and the team hoped that its series starting Monday against the Atlanta Braves would not be imperiled too.

“For the most part, the whole team has been — we put them — in lockdown and they’re self-quarantining,” Nationals general manager Mike Rizzo said in a videoconference with reporters Thursday.

Rizzo said one of the players testing positive had a fever, while the others were not displaying COVID-19 symptoms.

The jointly negotiated protocol between Major League Baseball and the MLB Players Association mandates a weeklong quarantine for someone deemed in close contact with individuals who have tested positive, and those determined to have COVID-19 must isolate for at least 10 days.

Outbreaks on St. Louis and Miami last season disrupted the teams but ultimately didn’t derail them, as both made the postseason. The Nationals, who have playoff aspirations, will start their season short-handed, as those who have tested positive will be placed on the COVID-19 injury list.