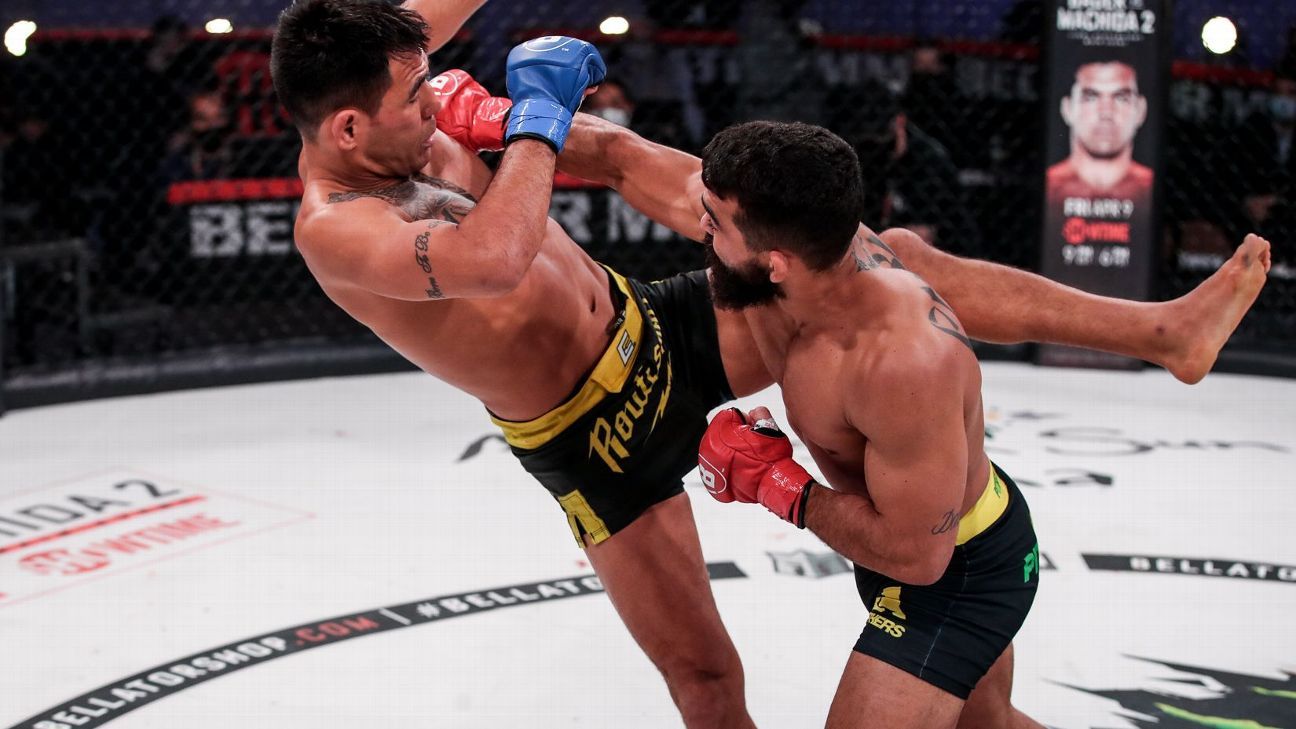 Two-division champion Patricio “Pitbull” Freire showed off what makes him the best fighter in Bellator and perhaps the top featherweight in all of MMA on Friday night.

Freire, a 33-year-old from Brazil, handed Emmanuel Sanchez his first stoppage loss with a technical submission by guillotine choke in Round 1 to successfully defend his 145-pound title in the main event of Bellator 255 in Uncasville, Connecticut.

The fight, which took place at Mohegan Sun Arena in front of no fans because of the coronavirus pandemic, was a semifinal in the Bellator Featherweight World Grand Prix. Freire (32-4), who also reigns at lightweight, will take on unbeaten A.J. McKee in the final on a date to be determined.

Freire has won seven straight fights and has 20 wins overall in Bellator, most ever in the promotion. He is one of only two fighters to become a Bellator double champion, along with heavyweight champ Ryan Bader, who used to also reign at light heavyweight. Freire is No. 4 in the ESPN men’s featherweight rankings.

After the fighters had measured each other from a distance for the first half of the opening round, Sanchez (20-5) came forward and Freire dropped him with a left hook. Freire pounced, and after Sanchez managed to climb back to his feet, Freire clamped on a guillotine and pulled him back to the canvas. There was no tapout, but referee Todd Anderson jumped in at 3 minutes, 35 seconds of the round after Sanchez appeared to lose consciousness.

“It’s a normal movement for me, like in my veins, you know?” Freire said of the guillotine, a maneuver he has used to end six fights in his career. “It’s Brazilian jiu-jitsu. That’s a position I love very much.”

After the fight, McKee was brought into the cage and addressed his matchup with the man known as “Pitbull.”

“I’m bringing that leash to the kennel,” McKee said, “ready to take him to the pound.”

The two fighters then went nose to nose at the center of the cage and exchanged words.

Friday’s fight was a rematch of a 2018 bout in which Freire successfully defended his 145-pound belt by unanimous decision. That had been the only loss for Sanchez, a 30-year-old from Milwaukee, Wisconsin, in his previous eight outings.

The undercard had a couple of legendary names on it: Gracie and Nurmagomedov.

Neiman Gracie, nephew of Renzo and Royce Gracie from the legendary Brazilian MMA family, lost a unanimous decision to welterweight Jason Jackson in a tight contest.