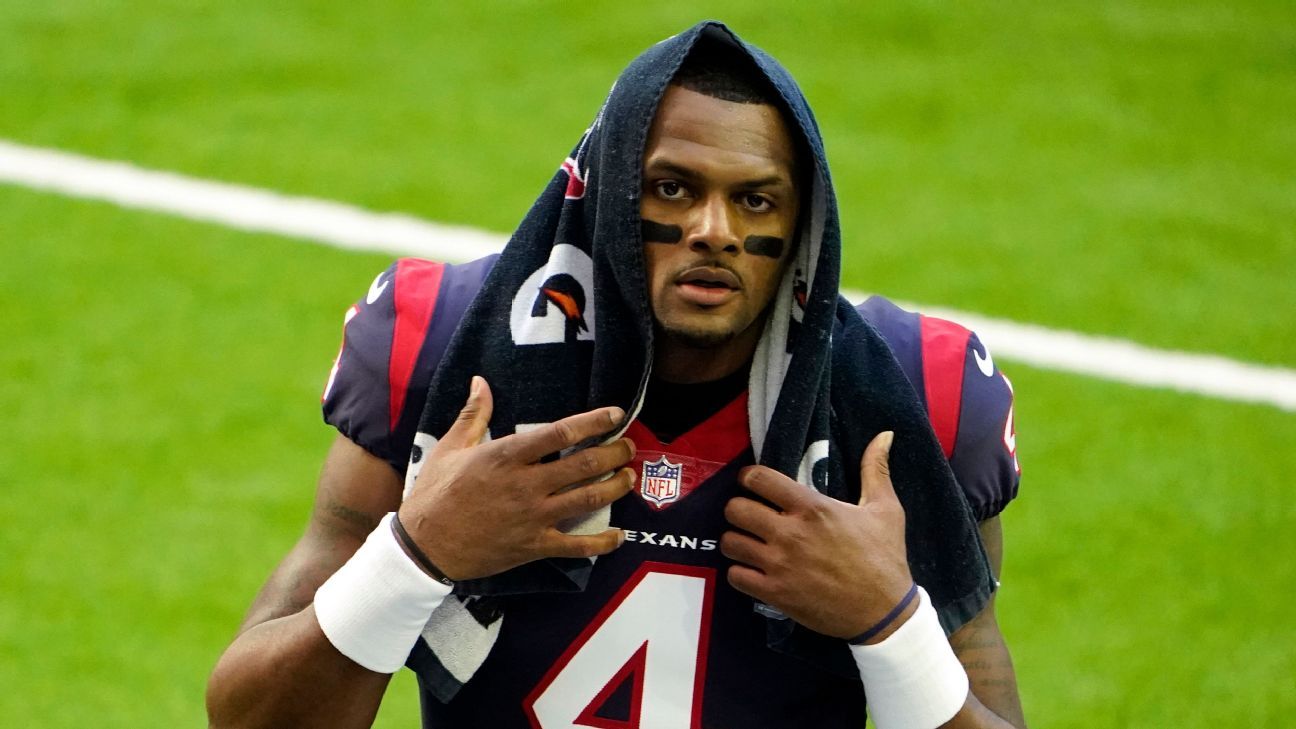 HOUSTON — The Houston Police Department has launched an investigation concerning Deshaun Watson after a complainant filed a report against the Houston Texans quarterback on Friday.

“As with any allegation, the Houston Police Department is now conducting an investigation and will not comment further during the investigative process,” the department said in a statement. They did not specify what Watson is being accused of in the complaint.

Watson’s lawyer, Rusty Hardin, said in a statement later on Friday that he and Watson will “fully cooperate with the Houston Police Department.”

“We welcome this long overdue development,” Hardin said. “Now we will learn the identity of at least one accuser. We will fully cooperate with the Houston Police Department.”

Buzbee posted on Instagram on Tuesday night that he now didn’t feel comfortable going to the Houston Police Department with any information and that he and his clients “will go elsewhere to provide our evidence to investigative authorities.”

Watson has publicly denied any wrongdoing, and Hardin said last week that he believes “any allegation that Deshaun forced a woman to commit a sexual act is completely false.”

Hardin on Wednesday released statements from 18 women who say that they have worked with the Texans quarterback and that he “never made them feel uncomfortable or demanded anything outside the scope of a professional massage.” Watson’s attorney said the statements were voluntary and from women who have collectively “worked with Deshaun more than 130 times over the past five years.”

NFL spokesperson Brian McCarthy has stated that “the matter is under review” pertaining to the league’s personal conduct policy, and the Texans said in a statement that they would stay in close contact with the NFL during its investigation.

“We monitor these cases, and if it results in an investigation by the league with respect to the personal conduct policy, we’ll become involved in that,” Smith said during an interview with ESPN’s Keyshawn, JWill & Zubin. “Other than that — you know historically I don’t comment on open cases — but we are continuing to monitor it as it might impact this young man and the personal conduct policy.”