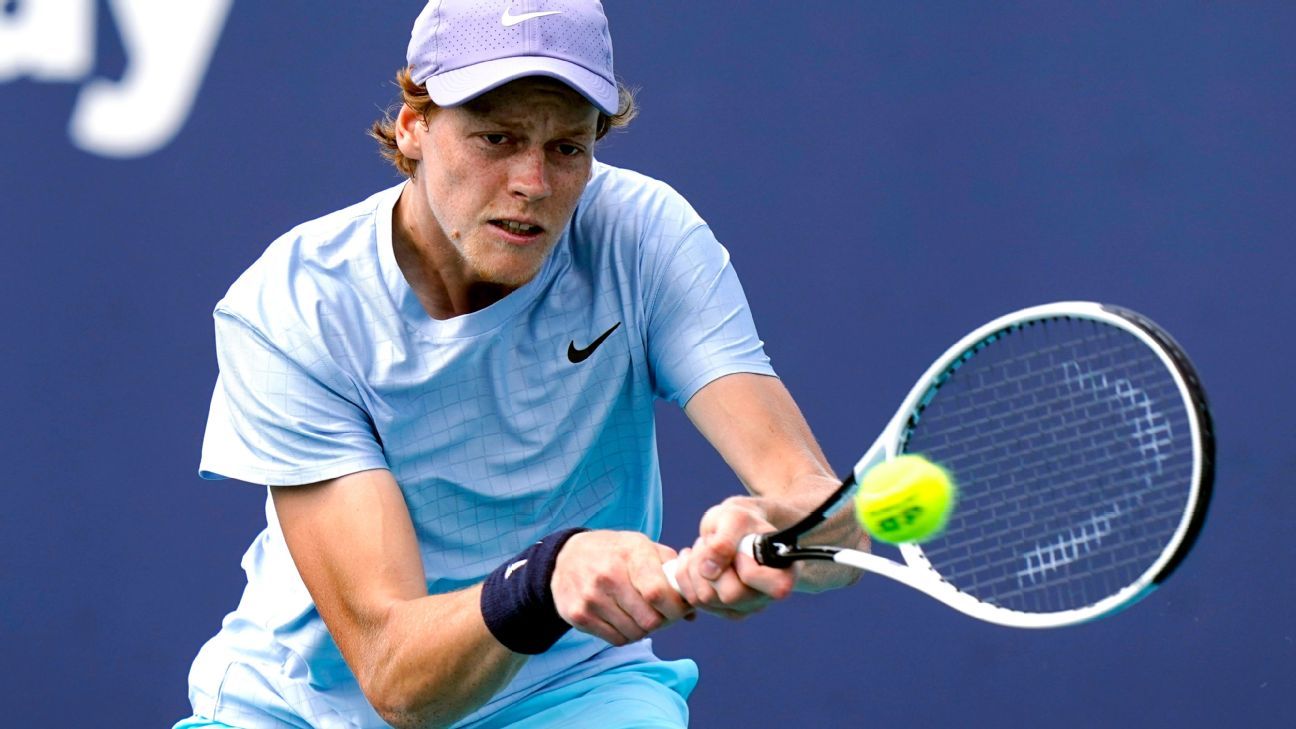 In the second semifinal Friday night, No. 4-seeded Andrey Rublev was to play No. 26 Hubert Hurkacz.

Djokovic, Nadal and Roger Federer skipped the tournament, creating opportunities for the four semifinalists. Each was trying to win his first ATP Masters 1000 title.

No. 1-ranked Ash Barty will play for her second consecutive Miami women’s title Saturday against No. 8 Bianca Andreescu, who edged No. 23 Maria Sakkari in a three-setter that ended at 1:35 a.m. Friday.

“I love a challenge,” Andreescu said, “and I know she’s going to challenge me on Saturday.”

The lanky Sinner, seeded 21st, has improved his ranking from 78th at the start of last year. He created a buzz by reaching the quarterfinals in his French Open debut in September, and is projected to climb to at least No. 24 next week.

His matchup against No. 7-seeded Bautista Agut was a contrast in styles, with Sinner bashing away from the baseline and gradually wearing down his counterpunching opponent.

Sinner caught a break at 3-all in the second set, when Bautista Agut let a ball go on break point, and it landed on the line. Sinner went on to hold, and broke in the final game of the set to even the match.

Down a break in the final set, Sinner rallied again and closed out the win with one last crushing groundstroke to break at love.