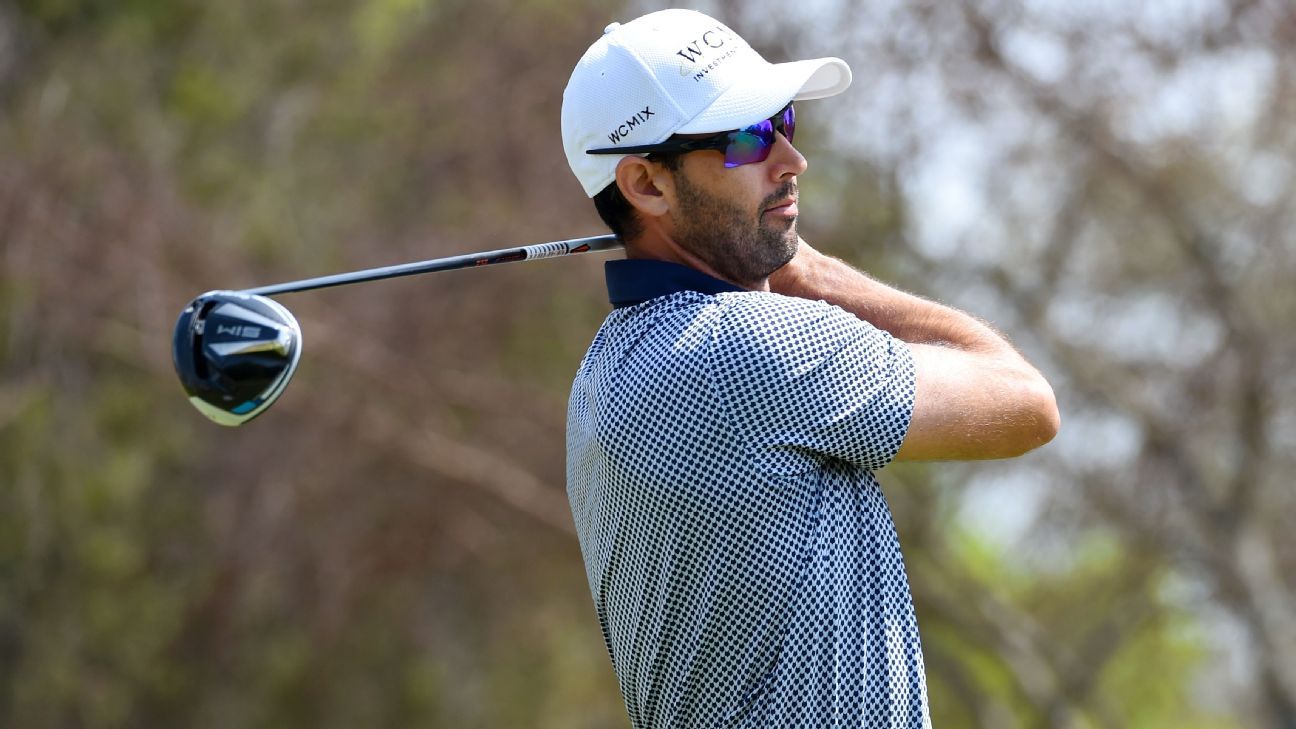 SAN ANTONIO — Cameron Tringale made a move for his first PGA Tour victory with a 3-under-par 69 Friday and a two-shot lead after two rounds of the Valero Texas Open.

Tringale, a 12-year veteran, was at 9-under 135 after a round that included five-straight birdies and leads Jordan Spieth and Englishman Matt Wallace.

Spieth continued his comeback from a three-year winless slump and was at 7-under after a 70. Wallace shot 68. Kyle Stanley also shot 68 and was at 5-under with Brandt Snedeker (67), Kevin Stadler (70) and Erik van Rooyen (68).

First-round leader Camilo Villegas shot a 76 to fall five shots back in a group that includes Matt Kuchar, who shot his second 70.

Tringale led by as many as five strokes after he closed out his front nine with consecutive birdies on his fourth through eighth holes and then birdied his 11th. Three of those featured approach shots that left him with putts of less than 5 feet.

“I just hit a lot of really good iron shots to those holes,” Tringale said. “I think my furthest putt was 4 feet, so just good approaches to the green. Still gotta roll those in, but was able to do it. I took advantage most of the time.”

His birdie run marked a quick turnaround from his start when he opened with bogeys on his first two holes.

“I was really just trying to get back into the round and get into the red numbers again,” he said. “I kept it in play and just had a lot of looks and a few went in.”

A win would give Tringale, 33, his first official Tour win. He won a team event at the Franklin Templeton Shootout with partner Jason Day in 2015. This year he was tied for seventh at Pebble Beach.

Spieth continues to look like he’s getting past a slump that has seen him drop from No. 1 in the world in 2016 to No. 92 in January. Now 53rd, he’s in good position for his fifth top-10 finish in the past two months after a four-birdie round. He hasn’t won since 2017.

“I’m really pleased with where things are at, but they’re not where I want them to be at,” Spieth said. “I’m trying to kind of take it slowly and patiently and reward myself, be excited about the good ones and not get too down about the bad ones.”

He opened with birdies on his first two holes but fell back to even for his round with bogeys at 11 and 13.

“I thought the start was key for me, and I got off to a great start,” he said. “I put some really good swings on the ball after kind of being a little sloppy at the end of yesterday’s round.”

Spieth birdied the par-5 14th by getting up and down from a greenside bunker. He had an easy 3-footer for birdie on the next hole and almost chipped in for another at the 17th.

Wallace is also looking for a first PGA Tour trophy, but he has won four times on the European Tour since 2017. He had a bogey-free round. Only one of his scoring putts — a 20-footer on his 11th — came from more than 5 feet away.

“Whenever you go bogey free, whatever golf course it is, it’s nice, but especially here,” Wallace said. “I’ve been feeling comfortable about my game for a while now, just trying to hole a few more putts and keep the scoring going and making the right putts at the right time.”

Snedeker, four strokes out of the lead, opened his round with three-straight birdies and added another two holes later. He pitched in for an eagle at his par-4 8th hole but played even par the rest of the way.

Phil Mickelson recovered from a first round that saw him take a 10 on the 18th hole. He shot 3-under 69 on Friday. He’ll head to Augusta next week after missing the Texas Open cut at 4-over.