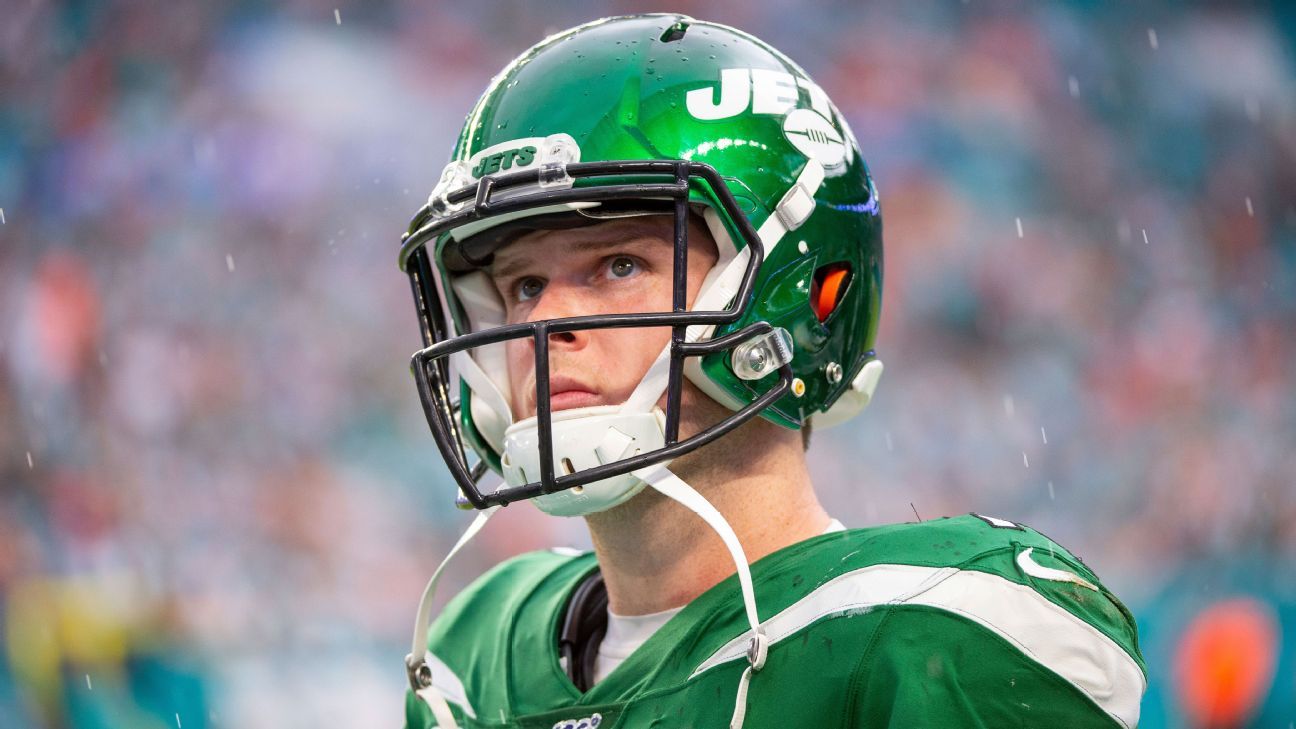 FLORHAM PARK, N.J. — A look at what’s happening around the New York Jets:

1. Darnold vs. Wilson? Former Jets quarterback Josh McCown couldn’t help but laugh at how the narrative surrounding Sam Darnold has changed. Noting the fickle nature of the NFL, McCown told ESPN this week, “Three years ago, it was ‘Suck for Sam.’ Now it’s, ‘Sucked for Sam.'”

The past three seasons have stunk for everybody connected with the Jets, and that’s one of the reasons Darnold could be replaced by a rookie, presumably BYU’s Zach Wilson. McCown, who became a mentor to Darnold in 2018 and has remained close with him, believes the Jets would be wise to keep him. He feels Darnold would thrive in a stable, quarterback-friendly environment, something he hasn’t had.

“This is the situation you want to come into, what they set up now,” McCown said. “You have a head coach and a GM that are aligned. You have picks, you have cap space and you’ve put yourself in a position to make a run at genuine, long-term success. Unfortunately, that’s not the situation that Sam came into.”

Right now, Darnold is in limbo, the subject of trade rumors. McCown said he hasn’t sensed any frustration from Darnold, but he knows it can’t be easy.

“To be on the cusp of [an organizational reboot] and have them go, ‘Yeah, that’s not going to be for you, that’s going to be for somebody else’ — no doubt, it’s hard,” McCown said. “But I have not felt any negativity from him at all. He’s always positive and always has a great mindset. That speaks to his character and what he’s about.”

Darnold’s trade market appears to be drying up, fueling speculation the Jets could keep Darnold and pair him with a rookie. That could be awkward, but McCown sees the upside in that scenario.

“Can it be done? Absolutely,” McCown said. “In my mind, if you can’t get the value now for him, that’s absolutely how you go about it. I wouldn’t even call it a competition. I would just say, ‘We’re going to go with Sam as the guy and bring Zach along.’ If Sam knocks it out of the park, we’ll re-evaluate where we are a year from now.

“Sam would embrace it and be helpful, but he’d also go out and work hard and try to make the most of the opportunity to play this year — and put it back on them and make them have to make a tough decision at the end of the year. I think, if that happens, really and truly, everybody wins.”

With the No. 2 pick, I’m predicting Wilson to the Jets — hardly a bombshell and the chalk pick at this point. At No. 23, it’s Northwestern cornerback Greg Newsome II, who would fill a big need and has the ball skills to excel in their Cover 3 scheme. He’d be the fourth corner off the board in my mock. Some mocks have the Jets taking a running back, but that would be a surprise this early.

Mike Tannenbaum explains why Zach Wilson is the better choice at quarterback for the Jets over Sam Darnold.

3. Zach attack: One of the reasons the Jets like Wilson is because he’s an ideal scheme fit. They’re installing the Shanahan version of the West Coast offense, which stresses play-action and a moving pocket. A quarterback must be able to throw on the run, and Wilson does that very well.

On designed rollouts in 2020, Wilson completed 69.4% (25-of-36) of pass attempts for 320 yards, five touchdowns with zero interceptions and zero sacks, according to ESPN Stats & Information. Keep in mind, we’re talking about high-percentage passes for the most part, but this provides context: His 96.4 QBR on designed rollouts was the third-highest mark among quarterbacks with 25 such dropbacks over the past three seasons.

Wilson also crushed it as a play-action passer, completing 74% (96-of-129) with 19 touchdowns with zero interceptions.

Based strictly on scheme, Wilson is the right guy for the Jets. But we know there’s more to it than that.

4. Draft trivia: In franchise history, which Jets draft pick (non-kicker) has the most career games played? Answer below.

5. Earn it! You may have noticed a trend among the Jets’ free-agent signings: Eight of the 12 additions have relatively large incentive packages included in their deals. For instance: Defensive end Carl Lawson, who has a three-year contract, can pocket an additional $800,000 per year based on sack incentives.

There has been a shift in organizational philosophy over the past couple of years.

Salary-cap/contract expert Jason Fitzgerald of OvertheCap.com did some research and discovered the Jets have made 32 signings between 2019 and 2021 with incentives and/or escalators — a significant increase from previous years. There were eight in 2017-18, mostly modest amounts. He traces the change to senior director of football administration Dave Socie, who arrived in 2018 after several years in the league office.

“This year, in particular, [the incentives] are big, relative to the size of the deals,” said Fitzgerald, mentioning running back Tevin Coleman, defensive tackle Sheldon Rankins, defensive end Vinny Curry and safety Lamarcus Joyner. Fitzgerald said the incentive packages are “clearly being used to entice the veteran player.”

In case you’re wondering, the incentives don’t count on the cap unless they’re earned. Smart.

6. See ya! The Jets, who began with 19 unrestricted free agents, have retained one so far — safety Marcus Maye, who signed his franchise-tag tender ($10.6 million). They haven’t re-signed any others, which says everything you need to know about how coach Robert Saleh feels about what he inherited. They did re-sign wide receiver Vyncint Smith and running back Josh Adams, but they were in the restricted category and received modest deals less than the RFA tender.

7. Philly jinx: As everybody knows, the Jets’ “17th opponent” in the new 17-game schedule is the Philadelphia Eagles. Figures, right? The Eagles are the only team the Jets have never beaten — never ever. They’re 0-11, including five straight losses in which they failed to score 20 points.

8. Not-so-sweet 16: As a franchise, the Jets probably won’t miss the 16-game season. I mean, it’s not like they produced a bunch of glittering seasons and statistical milestones during the 43-year run of 16-game seasons. In fact, the Jets and Chicago Bears were the only teams that didn’t have a 4,000-yard passer in a season. Joe Namath passed for 4,007 in 1967, when the season was 14 games. Since then, 197 quarterbacks have eclipsed 4,000 in a season.

In a not-so-fond farewell to the 16-game season, let’s take a moment to recognize the Jets’ statistical bests during that era:

9. Be like Nick: Oklahoma center Creed Humphrey is a self-described film junkie. He likes to study top centers, and one of his favorites is former Jets Pro Bowler Nick Mangold. He also admires Travis Frederick and Maurkice Pouncey, formerly of the Dallas Cowboys and Pittsburgh Steelers, respectively.

“Those are the three I watch the most,” Humphrey said at his pro day. “All three of them are tough, physical players, good leaders for their team, so they are the kinds of guys I’m drawn to the most.”

10. Trivia answer: Linebacker James Farrior, 230 games. He was the No. 8 overall pick in 1997, coach Bill Parcells’ first draft. He played five seasons with the Jets, 10 with the Steelers.