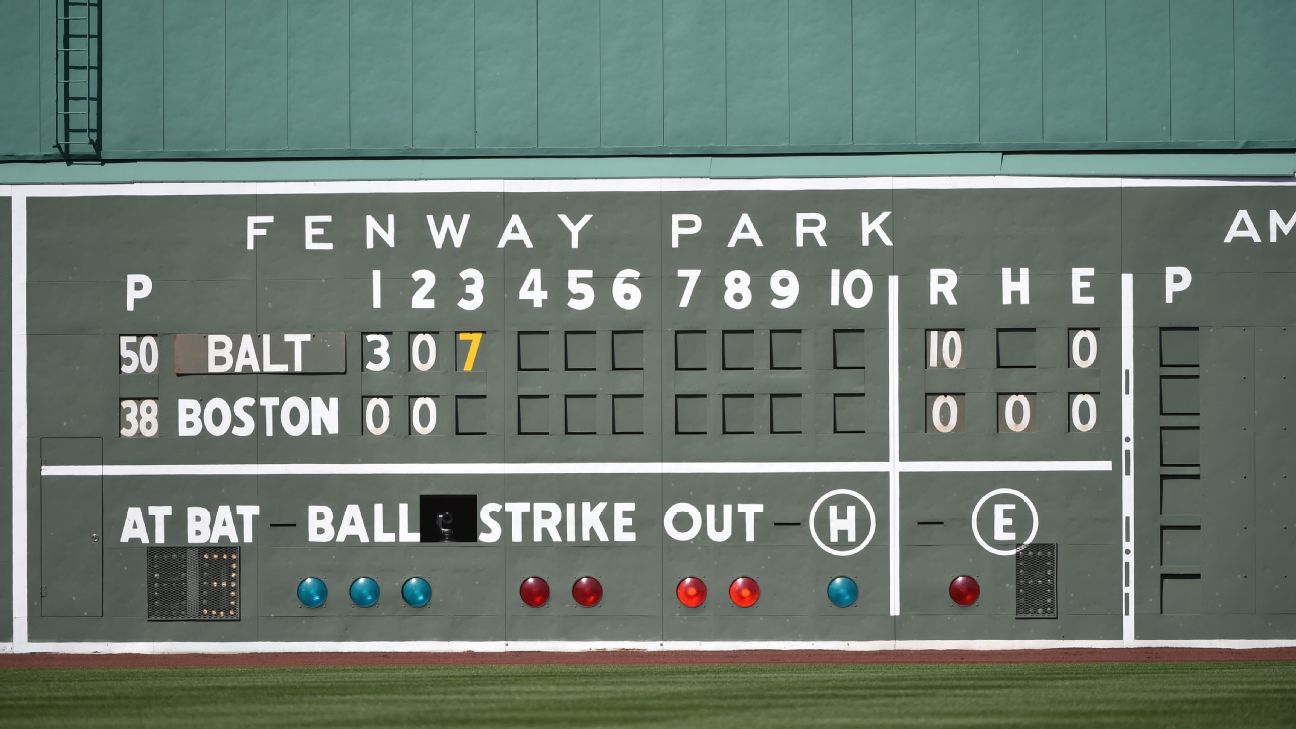 BOSTON — The Red Sox fell to their first 0-3 start at Fenway Park since 1948 and their second ever as Trey Mancini and Austin Hays hit two-run doubles during a seven-run third inning that carried the Baltimore Orioles to an 11-3 win Sunday.

Cedric Mullins went 5-for-5 with three doubles and a walk for the Orioles, collecting four hits in the first four innings. Maikel Franco added a first-inning, two-run double, helping Baltimore to its first three-game sweep at Fenway since Aug. 25-27, 2017.

Boston is coming off a 24-36 record that was its worst winning percentage since 1965.

The Red Sox lost their first four home games in 1948, rebounded to tie Cleveland at 96-58 after the scheduled 154-game regular season and lost a tiebreaker playoff 8-3 at Fenway.

J.D. Martinez had a solo homer and an RBI double for the Red Sox.

Boston starter Garrett Richards (0-1) was chased with no outs and after loading the bases in the third. He was charged with six runs and seven hits.

Richards loaded the bases with two walks and a single before Josh Taylor relieved. Freddy Galvis drew a four-pitch walk, and Hays doubled to left.

Boston right-hander Garrett Whitlock came in for Taylor and pitched 3 1/3 scoreless innings in his major league debut, striking out five.

Red Sox manager Alex Cora said before the game that Mancini should be the Comeback Player of the Year.

Mancini missed the 2020 season due to Stage 3 colon cancer, completed six months of chemotherapy and returned in spring training.

Orioles: Hays left the game after sliding into second base with right hamstring discomfort. … Manager Brandon Hyde said right-hander Shawn Armstrong could be activated from the paternity list Monday. The pitcher’s wife, Sarah, gave birth to a baby boy Wednesday.

Red Sox: Cora said before the game that “everything is trending that he’ll be with us” about lefty starter Eduardo Rodríguez, who started the season on the injured list with left elbow inflammation. Rodríguez pitched a simulated game Friday at the club’s new Triple-A facility in Worcester, Massachusetts.

Orioles: RHP Jorge Lopez is scheduled to make his first start of the season Monday at Yankee Stadium. LHP Jordan Montgomery is in line to pitch for New York.

Red Sox: RHP Nick Pivetta is slated to make his season debut against Tampa Bay on Monday at Fenway. Michael Wacha is set to make his first start with the Rays after signing a one-year, $3 million contract in December.