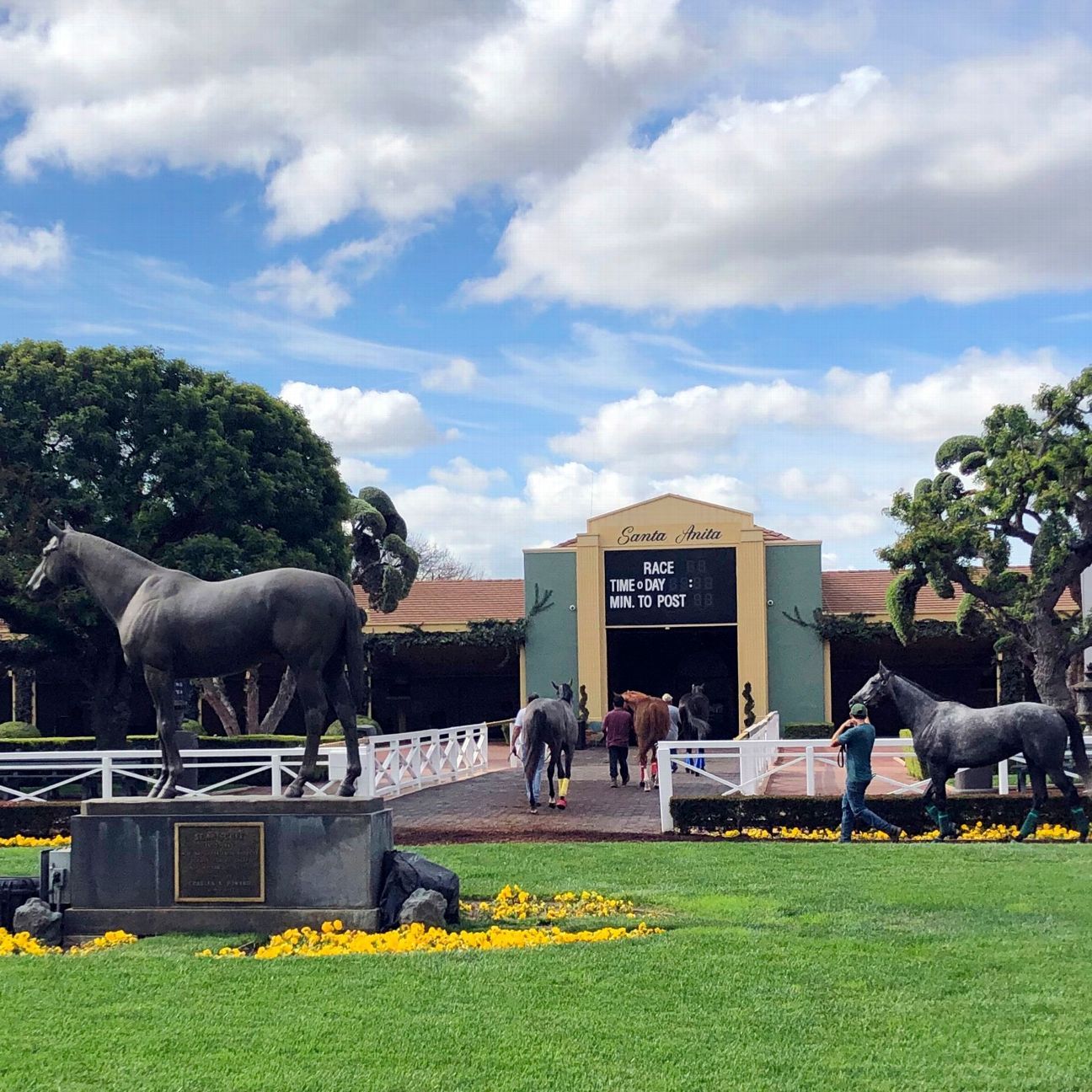 ARCADIA, Calif. — Rock Your World won the $750,000 Santa Anita Derby by 4 1/4 lengths on Saturday over 4-5 favorite Medina Spirit, preventing Hall of Fame trainer Bob Baffert from earning his 10th win in the West Coast’s prep for the Kentucky Derby.

“There’s a lot of different ways to hunt and I chose to lay in the weeds,” Sadler said. “We started this horse off on turf. It’s a nice way to kind of develop a horse a little bit. Everybody’s got a different plan. This is my plan this year and it worked, so I look smart for about an hour. See me tomorrow.”

Baffert had been planning to run Life Is Good, who was the early favorite for the Kentucky Derby but has been sidelined by injury.

Rock Your World earned 100 qualifying points for the Kentucky Derby and moved into sixth on the leaderboard. The top 20 earn spots in the May 1 race.

“If you want to go to the Derby you’ve got to get the points, so this is the time to take a shot in your own backyard,” Sadler said. “You know if you ran 1-2, you’d have enough points to get in.”

Rock Your World ran on the lead most of the way in front of limited fans, who created the kind of noise that had been missing at Santa Anita for a year because of the coronavirus pandemic. Medina Spirit moved into second approaching the final turn, but couldn’t threaten the leader in the stretch.

A spirited Rispoli yelled as he crossed the finish line, and the Italian jockey later did a flying dismount in the winner’s circle. He earned his first Grade 1 dirt victory in the U.S.